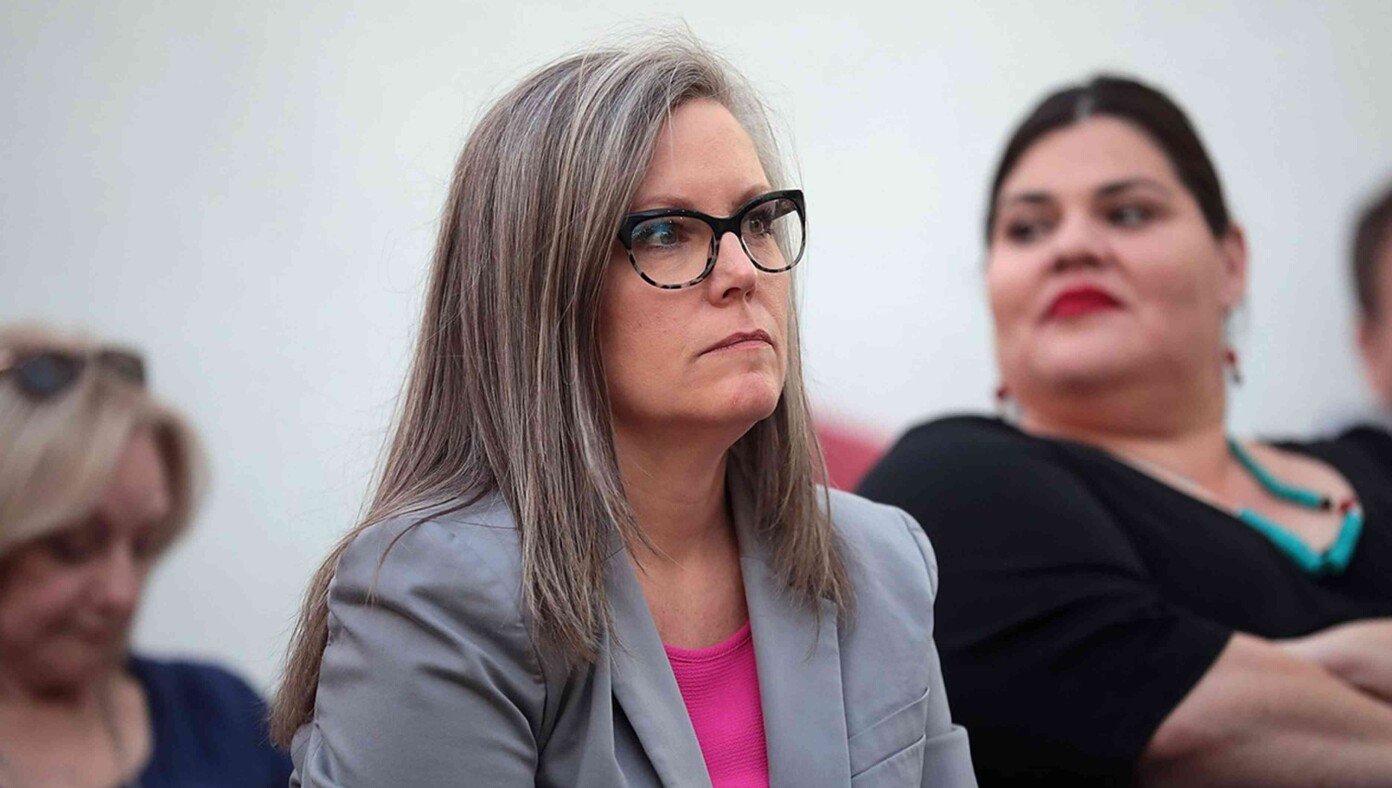 PHOENIX, AZ — In a stunning outcome to a highly scrutinized race, Katie Hobbs, the charismatic leader and official vote counter of Arizona, has emerged victorious after 108% of the state’s voting precincts reported in. Though mathematicians were puzzled by the plausibility — and, indeed, possibility — of the results, Democrats were quick to hail Hobbs’s win as a victory for democracy itself.

“We knew things looked really bad for weeks leading up to election night, what with abysmal approval ratings for our party, Americans feeling negatively about the overall direction of the country, and Ms. Hobbs being afraid to debate her opponent or even appear in public,” said Hobbs’s campaign spokesperson Hailey Barber-Berger-Jorgensen. “But we felt very confident that once we got our vote tallies from all 108% of precincts, including those in other states and overseas, we would come out victorious.”

Republicans were quick to point out that it’s not actually possible to have more votes than voters. “This is just another sign that the corrupt Democratic Party is on a crusade to rig our elections and destroy our once beautiful country,” former president Donald Trump said in a post to his Truth Social account. “Katie Hobbs is a terrible person and I have trouble looking at her because of those awful glasses. Kari Lake is so much better and she, in fact, won her election, just as I did, though I won mine even more.”

Republicans have been roundly condemned for denying an election that was 8% more democratic than the last election.

At publishing time, Arizona election officials had notified all voting precincts that their tallies would not be needed and it was time to install even more drop-boxes for the 2024 election.

Pantone’s 2023 Color of the Year Is Viva Magenta