The Civiqs poll averaged 214,149 responses tracked between November 18, 2017, and September 20, 2022. The Civiqs tracking model captures the shifts in attitudes of various groups over time across all 50 states and Washington, DC. These changes can happen either rapidly or over time.

The last time McConnell’s favorability sank to the high single digits was 2018. But during the pandemic, his favorability rose and oscillated between 31 and 25 percent.

Under McConnell’s tenure as Republican Senate leader, which began in 2007, the national debt has grown nearly $20 trillion, illegal immigration has continued, and real wages for American workers have not risen since the 1970s. Obamacare was enacted in 2010. Big banks were bailed out in 2008, and social media companies have silenced individuals without repercussions. In October, McConnell caved to Democrats’ demands and raised the debt ceiling, enabling Democrats to advance President Biden’s “Build Back Better” agenda.

Despite the nation’s mismanagement, McConnell reportedly told the Chamber of Commerce this week that he is optimistic Republicans will reclaim the Senate after losing it in 2020. McConnell previously claimed it was more likely Republicans would retake the House than the Senate.

In recent weeks, polling shows races in Pennsylvania, Wisconsin, and Nevada have tightened and are within the margin of error. In Ohio, Georgia, North Carolina, and Florida, Republican candidates still hold leads.

Yet in Arizona, Trump-endorsed Blake Masters seems to be well behind in the polls against Sen. Mark Kelly (D-AZ). A McConnell-backed super PAC this week canceled $9.6 million in support for Masters, instead sending the money to New Hampshire, Georgia, and Nevada. Outside groups are trying to make up the difference in Arizona with $7.5 million flooding the state.

“This allows us to pursue offensive opportunities, maximize our investment in existing commitments, and concentrate our efforts to win the Senate majority,” Senate Leadership Fund President Steven Law told Axios about the decision to pull the funding originally destined for Masters. 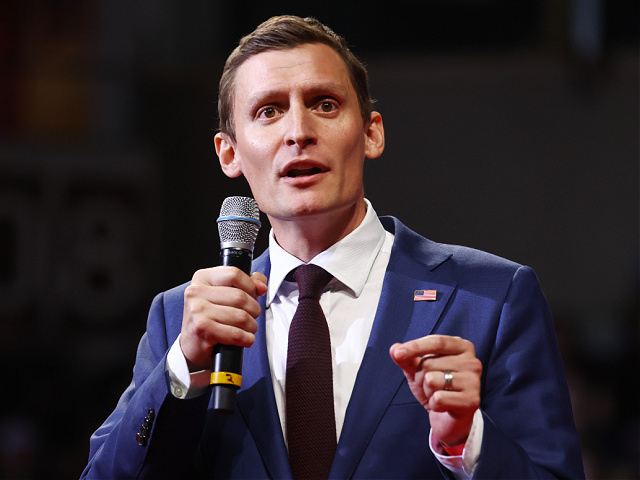 Why Is This Pro-Life Group Souring on Their Keynote Speaker?