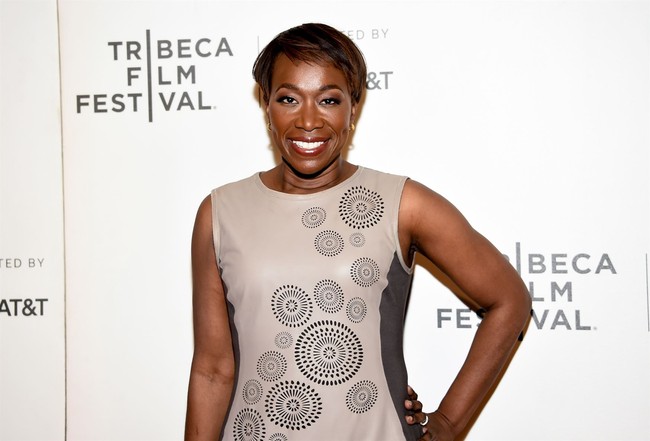 MSNBC’s Joy Reid is prone to god awful takes on “The ReidOut.” It’s pretty much a given. Her ignorant hatred of America, though, really shone through during Wednesday night’s episode when her rant was not only against Republicans, as it so often is, but against Thanksgiving as well.

In highlighting the segment for NewsBusters, Kevin Tober referred to the television host in his headline as “Hanoi Joy Reid.”

Joy Reid smears America’s history on the eve of Thanksgiving: “We are a country founded on violence. Our birth was violent. In 1619, a ship with more than 20 enslaved Africans landed in Virginia, ushering in two centuries of American slavery that left millions in chains or dead.” pic.twitter.com/jMdKOrp8bT

Reid began by referencing how many people celebrate Thanksgiving, which she mentioned as “the day we gather with friends and family to enjoy turkey, stuffing, mashed potatoes and pumpkin pie. We throw on the game, catch up on our lives and discuss or quite possibly argue about religion and politics.”

“For millions of Americans, it’s a day of cherished tradition. And as Americans, we certainly value those traditions,” she also acknowledged, though it rang hollow with what she launched into next.

“But it’s also important to unpack the myth of Thanksgiving. It is a holiday riddled with historical inaccuracies,” she continued. “Built on this myth that the indigenous welcomed their colonizers with open arms and ears of corn. A simplistic fairytale interpretation of a 1621 encounter between indigenous tribes and English settlers that erases the genocide that followed. It’s the truth that Republicans want banned from our textbooks because here is the secret they want so desperately to keep.”

Reid also mentioned 1619, as well as violence and racism, including the Ku Klux Klan, with a mention of how this continues into today’s society.

“We are a country founded on violence. Our birth was violent. In 1619, a ship with more than 20 enslaved Africans landed in Virginia, ushering in two centuries of American slavery that left millions in chains or dead,” Reid continued. “With those humans in bondage were finally free, a terrorist organization that was a card carrying member of polite society, Ku Klux Klan, picked up where the Civil War ended, using violence to maintain white supremacy. The klan is still active and as Americans, we continue to choose violence. We are a country that chooses violence over and over again. There is no facet of the mark in society untouched by it.”

What a way to ruin a holiday.

Happy Thanksgiving to everyone except Joy Reid. 🦃🥧 pic.twitter.com/MDxnijhlnh

Reid has had a penchant for mentioning the 1619 Project, having had its founder, Nikole Hannah-Jones, on her program multiple times. This included a segment on “The case for considering 1619 as America’s origin point,” from November of last year, about a week before Thanksgiving that year.

Not only is Hannah-Jones considered a divisive figure, as played out last year in the battle of whether or not to grant her tenure at UNC-Chapel Hill, but the 1619 Project is controversial and historically inaccurate, with Dennis Prager equating it with falsehoods about Israel and the idea that men can give birth, as he did in a column in May of last year. Even The New York Times called it out.

Unfortunately, Reid isn’t alone in trying to dismantle Thanksgiving. Jerry Newcombe, in columns for Townhall, has highlighted how the holiday is arguably on the “chopping block,” with even some universities getting rid of the name in order to bow down to wokeness.

“Joy Reid” was trending on Twitter as a result, and our friends at Twitchy highlighted some of the best responses to Tom Elliott sharing the clip.

And now please enjoy this this heart-warming Thanksgiving message from MSNBC pic.twitter.com/sOJtLQZwto