Journey’s Jonathan Cain Credits God for Inspiring His Music: ‘His Voice Came to Me’ 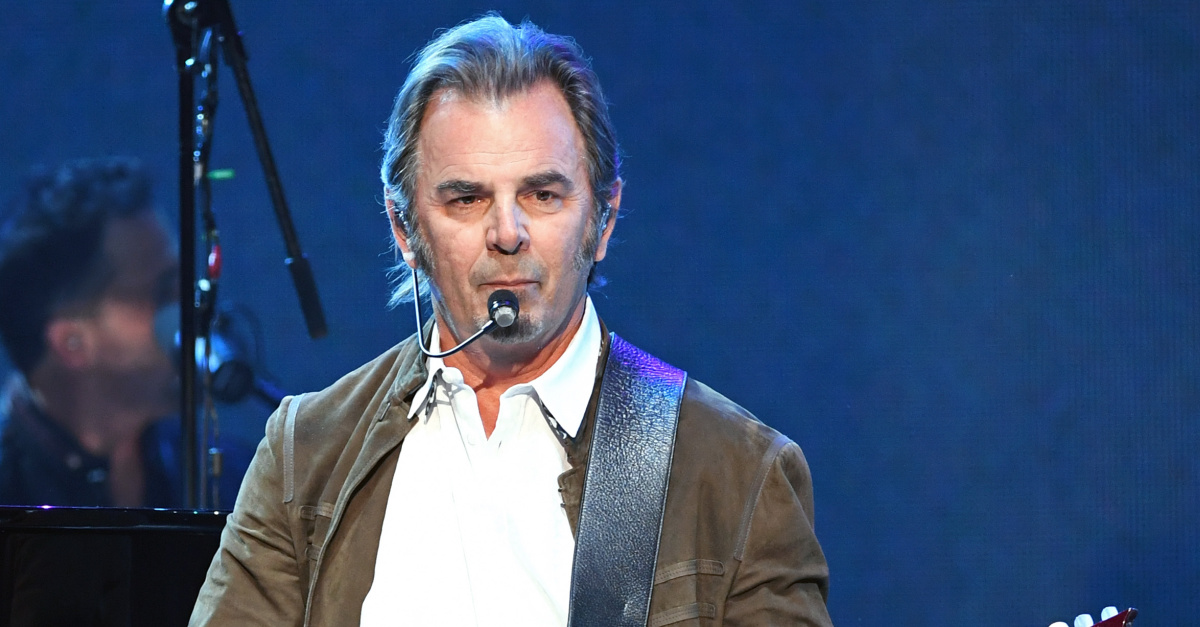 Journey’s Jonathan Cain says in a new interview that his most popular songs, including Faithfully and Open Arms, were inspired by God and, in hindsight, reference God.

Cain says he didn’t realize until after his father’s death in 1987 that God was behind the songs.

“When my father passed, I was devastated,” Cain said in a new video for I Am Second, a non-profit organization that spotlights well-known Christians. “I didn’t think I would be able to carry on. I always wrote for him. I said everything I did, every note I play, I can trace back to my father.

Several of the songs have a double meaning, Cain said.

“It opened my eyes to like, the transcendence of [the] Father reaching down to his son through his natural father,” he said.

Meanwhile, Cain also discusses his childhood and teen years in the new video. He credits God for protecting him during two near-death events as a child – first when he nearly drowned and later when he survived a 1958 Catholic school fire in Chicago that killed 92 students and three nuns.

His father got him involved in music.

“He said, ‘You know, son, you were saved for something greater than that [and] that must be music,'” Cain said.

“… My father was the one that gave me the advice, don’t stop believing. My dog got hit by a car. It was tragic. And I needed money to pay for the vet bill. And I had to call him, and I hated asking him for money. But I said, ‘Dad, I just wondered, should I give up on this music dream and come home to Chicago and forget about it?’ And there was a silence for a minute. And then he said, ‘Jon, this is your vision. No, you’re not coming home – stay the course. Don’t stop believing.’ And I wrote it down in this little lyric book that I had when I was writing lyrics.

“And it wasn’t until five years later, [bandmate] Steve Perry looked at me and said, ‘You got another song?’ And I said, ‘Well, let me look at my book.’ And sure enough, there’s what Dad had said.”

Cain believes the song was critical in Journey’s induction into the Rock and Roll Hall of Fame.

“I never thought I’d get back in church and sing, but the music started pouring out of me,” Cain said. “Now I understand that my worship music is my way of being grateful. … I think that we all need to know that it’s not too late. … He’s a good God.”

Video courtesy: ©I Am Second

Christians, please listen. There is no national religion in America.

Is Islam Really a “Religion of Peace” or Does it Promote Violence?