The president began by reminding the world that the war in Ukraine was “a war chosen by one man, to be very blunt” in an attempt to challenge Russian President Vladimir Putin directly.

“Let us speak plainly,” he continued. “A permanent member of the United States Security Council invaded its neighbor, attempted to erase the sovereign state from the map.”

Hearkening back to the purpose of the United Nations, Biden condemned Russia for violating the charter by trying to eliminate Ukraine’s right to exist.

“Wherever you are, wherever you live, whatever you believe, that should make your blood run cold,” he said. 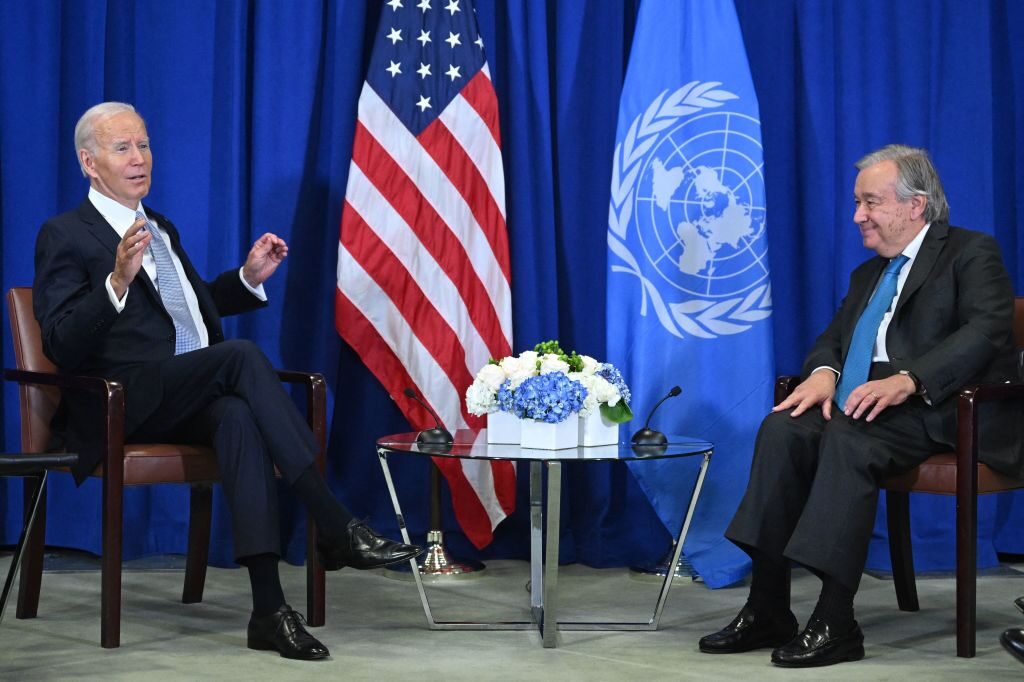 U.S. President Joe Biden meets with U.N. Secretary-General Antonio Guterres on the sidelines of the 77th session of the United Nations General Assembly at the U.N. headquarters in New York City on September 21, 2022. (MANDEL NGAN/AFP via Getty Images)

Biden urged the nations of the world to unite behind Ukraine, repeating his promise to assist them.

“We will stand in solidarity with Ukraine, stand against Russia’s aggression, period,” he said.

Biden’s remarks took place after Russian President Vladimir Putin announced the beginning of conscription measures in Russia to bolster the war in Ukraine. Putin also accused NATO and the West of participating in “nuclear blackmail,” threatening to respond if threatened.

In response, Biden criticized Russia for their “irresponsible nuclear threats to use nuclear weapons.”
He also called for reducing the proliferation of nuclear weapons, warning that China was working on an “unprecedented nuclear buildup.”

“A nuclear war cannot be won and must never be fought,” he said. 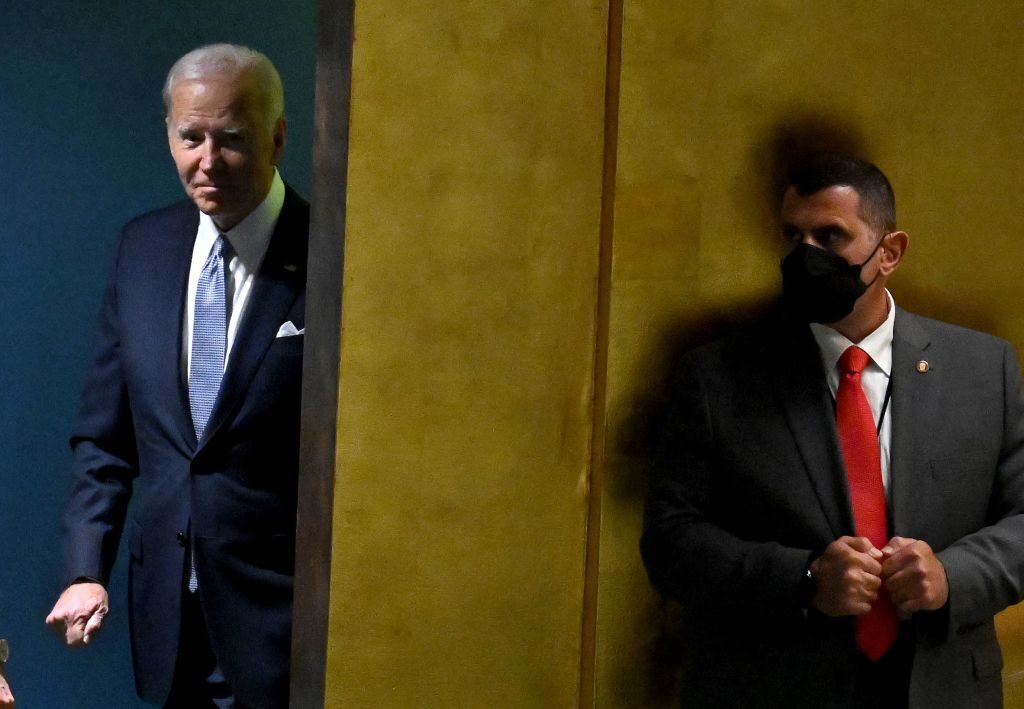 U.S .President Joe Biden arrives to address the 77th session of the United Nations General Assembly at the U.N. headquarters in New York City on September 21, 2022. (TIMOTHY A. CLARY/AFP via Getty Images)

The president revisited his belief that the world is at an inflection point, where Americans must redouble their efforts to promote democracy across the world to combat dictatorships.

“The United States is determined to defend and strengthen democracy at home and around the world,” he said.

The president only made a few passing references to China, reassuring their leaders that “we do not seek conflict. We do not seek a cold war” at the United States remained committed to the “one China policy.”

Encouraging Hate Speech ‘Not Good for Our Society’