It’s Time For McCarthy and McConnell to Retire 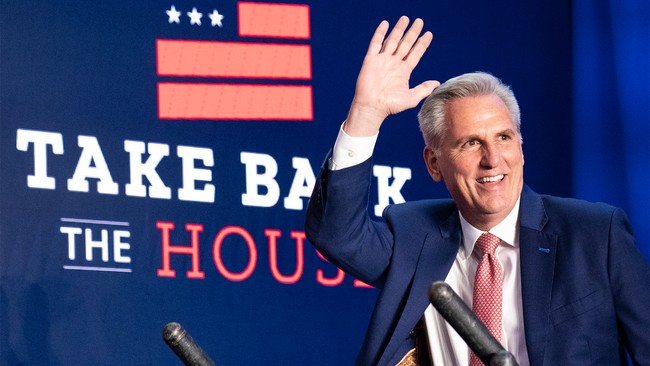 Americans are ready to move on from the current Republican leadership, choosing to vote out Senate Minority Leader Mitch McConnell.

According to a new Rasmussen Reports Poll, just 28 percent of likely voters have a favorable view of McConnell, while 61 percent say the GOP needs a new leader.

Following his win, McConnell, who is the longest-serving GOP leader in Senate history, said that he doesn’t plan to give up his position anytime soon.

However, several Republicans feel that new, younger leadership is needed in Congress.

“Nobody, not Republicans, not independents, not Democrats in my state are happy with the leadership in Washington. I’m not either. So I’m on their side, not on the side of these guys,” Sen. Josh Hawley (R-Mo.) said.

Sen. Mike Braun (R-Ind) also insinuated that it’s time for McConnell to hang up his robe.

I don’t think we’re generating the results politically or governmentally… we don’t have an agenda. We don’t have a business plan. That doesn’t work anywhere else,” Braun said.

Meanwhile, Rep. Kevin McCarthy (R-Calif) is slightly more popular than McConnell, who is in line for speaker of the House.

37 percent of voters view McCarthy as a favorable choice for House speaker, while 46 percent say he shouldn’t be in the seat.

The California Congressman, who was nominated 188-31, has tried to appeal to Americans by threatening to investigate major issues in the country such as the border crisis and the Biden Administration.

Recently he vowed to remove Democrat Reps. Adam Schiff, Ilhan Omar and Eric Swalwell from their committee seats should he take power next year.

He also called on Department of Homeland Security Alejandro Mayorkas to either resign or face potential impeachment over lack of care for the southern border.