Students to Participate in Bring Your Bible to School Day on Oct. 6

Is ‘Sinners in the Hands of an Angry God’ Biblical? 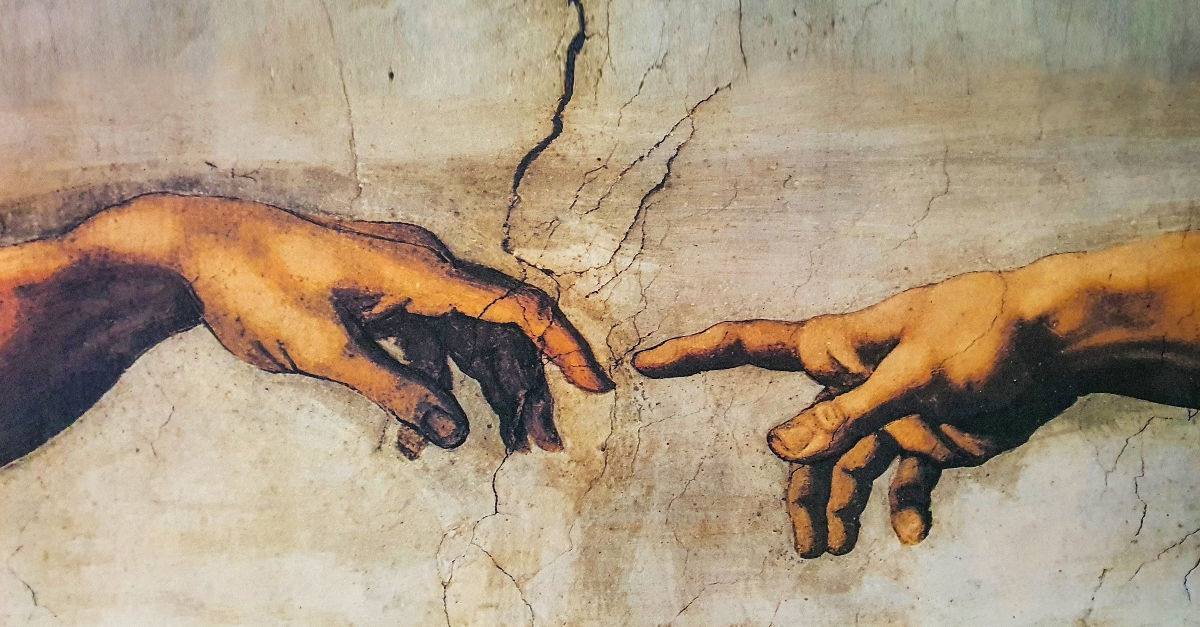 Jonathan Edwards famously gave his sermon, “Sinners in the Hands of an Angry God,” on July 8, 1741, in Enfield, Connecticut. Although he had presented the sermon previously, the presentation in Enfield is noteworthy because of its part in the First Great Awakening. Even today, the sermon is highly studied by Christian theologians and secular scholars alike.

Edwards presents vivid pictures of hell and condemnation in his fire and brimstone sermon. He talked about the fate of unbelievers, who will be cast into hell for all eternity, suffering endlessly in torment.

When he presented “Sinners in the Hands of an Angry God,” many people were saved and trusted in Christ. While we should appreciate Edwards’ biblical presentation of the reality of sin, hell, and God’s mercy, we should remember that the sermon is not Scripture.

There are areas of the sermon that I believe are unbiblical. Furthermore, we need to remember that just because his sermon was effective in convicting people in the 18th century, does not mean we should emphasize fear in our evangelism.

The Reality of Sin and Hell

People today are often wary of discussing sin and hell. Many people are even appalled that anyone could believe that a loving God would allow anyone to go to hell. Jonathan Edwards was not afraid to speak the truth about the reality of sin and hell.

As much as we might shiver at Edwards’ imagery of hell, modern Christians should recognize the biblical truth of the eternal punishment of unbelievers (2 Thessalonians 2:9; Revelation 20:15).

In his sermon, Edwards said, “They are already under a sentence of condemnation to hell. They do not only justly deserve to be cast down thither, but the sentence of the law of God, that eternal and immutable rule of righteousness that God has fixed between him and mankind, is gone out against them, and stands against them; so that they are bound over already to hell.”

His presentation of humankind’s condition is true to the Bible. All people are born in sin and freely sin (Romans 3:23).

We inherited Adam’s sin and are under its curse (Romans 5:12). Because of our nature and our actions, we deserve punishment. Nothing we do can save us from the holy wrath of God.

However, this is precisely the purpose of the Law since “no one will be declared righteous in God’s sight by the works of the law; rather, through the law we become conscious of our sin” (Romans 3:20).

If anyone breaks even one point of the Law, then they are guilty of all of it (James 2:10). Thus, our actions and nature pronounce us guilty and worthy of condemnation in hell. The place every single person deserves to go after death is hell.

The Reality of God’s Wrath

The reason we all deserve punishment in hell is that our sin offends the Lord. He is holy and perfectly good (Leviticus 19:2; 1 Peter 1:16). There is no evil in Him (1 John 1:5). When we sin, we not only sin against ourselves and others, but we ultimately sin against God (Psalm 51:4).

In our sinful state, we are enemies and rebels of the Lord, living under wrath (Romans 5:10). Everyone is guilty of wrongdoing and under his wrath because “All of us also lived among them at one time, gratifying the cravings of our flesh and following its desires and thoughts. Like the rest, we were by nature deserving of wrath” (Ephesians 2:3).

Just as Jonathan Edwards discusses in his sermon, God’s wrath will be poured out on unbelievers in hell. The Lord is not unjust in his judgment, since we are all deserving of this fate.

However, God’s wrath has been appeased. Edwards used the imagery of escape when he wrote “let every one that is out of Christ, now awake and fly from the wrath to come” (Ibid.). Jesus perfectly kept the Law since He is fully God and perfectly man.

When we trust in Jesus’ death and resurrection, we are no longer under wrath. Instead, we become children of God (John 1:12).

Jonathan Edwards’ overall message was biblically correct in presenting the human condition of sin and our rightful judgment in hell.

He also presents the hope found in Christ since He is the One who can rescue us from our sin. As Edwards demonstrates in his sermon, God is holy and just, but He is also merciful and loving.

Is Satan in Hell Waiting for the Souls of Unbelievers?

Although the overall message of “Sinners in the Hands of an Angry God” aligns with Scripture, there are a few areas that reveal unbiblical teachings.

In one part of the sermon, Edwards said, “The devil stands ready to fall upon them, and seize them as his own, at what moment God shall permit him. They belong to him; he has their souls in his possession, and under his dominion” (Ibid.).

These ideas are not biblical. First, the devil is not in hell. Scripture teaches that Satan is currently at work in the world, trying to keep unbelievers in their sins and blinding them to the truth of the gospel (2 Corinthians 4:4).

In the future, he will be bound during Christ’s millennial reign (Revelation 20:1-3). However, he will never occupy hell since his final place of punishment is in the Lake of Fire (Matthew 25:41; Revelation 20:10).

Furthermore, there is nothing in Scripture that says that the souls of unbelievers belong to Satan or that he will seize them at death.

Edwards presents Luke 11:21 as proof that unbelievers are the devil’s “goods;” however this verse is in reference to demonic possession. Therefore, the devil is not in hell, and he does not receive the souls of unbelievers.

Does God ‘Laugh’ at Those in Hell?

Jonathan Edwards quotes Proverbs 1:25-26 to argue that God will “laugh and mock” unbelievers experiencing eternal torment. As he said, “God will be so far from pitying you when you cry to him, that it is said he will only ‘laugh and mock’” (Ibid.).

First, the verses that Edwards quoted are not about God. These verses are about foolish people spurning wise advice. Through personifying wisdom as a woman, Proverbs says that wisdom will “laugh and mock” foolish people who do not listen to her (Proverbs 1:24-27).

There are verses that talk about God laughing at the schemes of the wicked (Psalm 2:4; 37:13). He laughs or scoffs at their evil schemes because He knows they will not prevail.

It is audacious to think that anyone’s plans could prevail against God (Proverbs 19:21). However, these verses do not teach that God laughs at people in hell.

God’s holy wrath demands punishment for sin, but He does not delight in the death of the wicked (Ezekiel 33:11). The Lord has provided a solution to the problem of sin because He does not want anyone to perish (2 Peter 3:9).

God the Son came to die for the sins of all people so that we could receive salvation and forgiveness of sins (John 3:16).

We deserve punishment, but Jesus lovingly took the punishment for us. God does not delight in people going to hell. Hence, He has offered the gift of salvation to all people, but they must trust in Him to receive it (John 3:18).

The overall message of Jonathan Edwards’ “Sinners in the Hands of an Angry God” is biblical and presents the need to trust in Jesus for salvation.

Although his sermon resulted in many people trusting in Jesus, we should not think his way of preaching is prescriptive for us today.

Fear is not a proper motivation for trusting Christ. We do not want to preach fire and brimstone so that people place faith in Jesus out of fear of hell.

Christians should deliver the entire news of the gospel, including being honest about sin and hell, but we should not engage in scare tactics.

We want people to come to know and love Christ, not out of fear of His wrath, but because of what He did in saving us.

In every era and culture, Christians need to make special efforts in communicating the unchanging message of the gospel in a way that connects with people the most.

Are All People Sinners?

How Do We Hate the Sin and Not the Self?

What Is the Significance of Jesus Eating with Sinners?

Sophia Bricker is a freelance writer who enjoys researching and writing articles on biblical and theological topics. In addition to contributing articles about biblical questions as a contract writer, she has also written for Unlocked devotional. She holds a BA in Ministry, a MA in Ministry, and is currently pursuing an MFA in Creative Writing to develop her writing craft. As someone who is passionate about the Bible and faith in Jesus, her mission is to help others learn about Christ and glorify Him in her writing. When she isn’t busy studying or writing, Sophia enjoys spending time with family, reading, drawing, and gardening.

‘No Ducks in a Row’: Anglican Missionaries Encouraged to Step Out in Faith