Is Mike Pence Planning A 2024 Run In the White House? 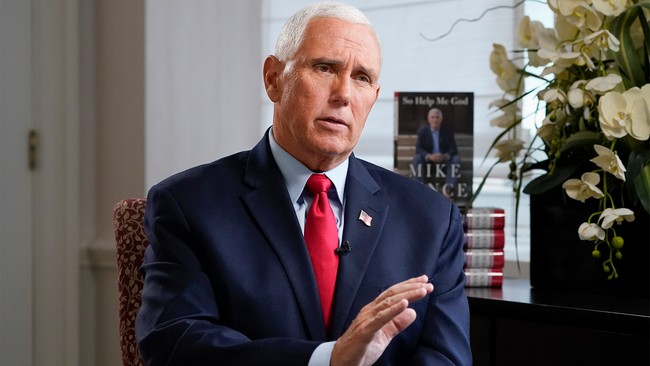 Rumors have it former Vice President Mike Pence is gearing up for a potential 2024 presidential run against his former teammate Donald Trump.

According to sources, Pence is planning to increase the number of staffers he has on his team, which already is about two dozen.

In 2023, Pence is expected to beef up his fundraising team while also assembling a larger communications team.

During a recent interview, Pence told reporters that he thinks there are “better choices” for the president in 2024, insinuating that Trump shouldn’t run again, noting that his former boss did a good job but “obviously it didn’t end well.”

“While the president and I parted amicably, I believe as we look to the future, we’ll have better choices,” Pence said.

It has also been speculated that the former Vice President’s upcoming book tour for his memoir, So Help Me God, is doubling as a pre-campaign tour in which he will make stops at mega churches across the country.

If Pence decides to run, he will face an uphill battle of criticisms as he is still viewed as Trump’s sidekick.

Earlier this month, Pence called out Trump claiming that the former president “endangered” him and his family.