Iowans to Vote on Constitutional Language Exceeding the 2nd Amendment 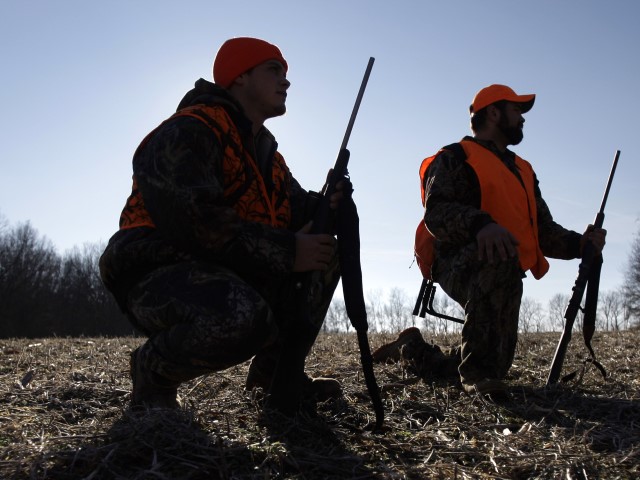 Iowans will have an opportunity this November to vote on adding language to their state constitution that exceeds the language contained in the Second Amendment to the U.S. Constitution.

The Des Moines Register notes that Iowa is one of just over a handful of states that lack any state-level constitutional protection for the right to keep and bear arms.

In November, Iowans will vote for or against the adoption of a constitutional amendment which recognizes the right to keep and bear arms as “fundamental.”

The amendment says: “The right of the people to keep and bear arms shall not be infringed. The sovereign state of Iowa affirms and recognizes this right to be a fundamental individual right. Any and all restrictions of this right shall be subject to strict scrutiny.”

The proposed amendment explicitly recognizes the right to keep and bear arms as an individual right, whereas that recognition is implicit in the Second Amendment to the U.S. Constitution.

Moreover, the proposed Iowa amendment makes clear that any restrictions passed on the exercise of the right to keep and bear arms “shall be subject to strict scrutiny.”

On August 23 Breitbart News covered a brief filed in a lawsuit against Maryland’s “assault weapons” ban. In the brief, the Second Amendment Foundation and Firearms Policy Coalition pointed to the United States Supreme Court’s (SCOTUS) June 23, 2022, ruling in NYSRPA v. Bruen, wherein SCOTUS ruled that “intermediate scrutiny” is not sufficient in cases centered on the Second Amendment.

The proposed Iowa amendment makes explicit that state-level gun rights cases have to receive scrutiny above intermediate as well.

DeSantis ‘Insane’ — What He Did to Migrant Kids ‘Sick’

Teachers – You Can Stop Funding This Garbage in Your Schools – RedState

GM outsells Toyota in U.S. as industry braces for brakes on demand – One America News Network