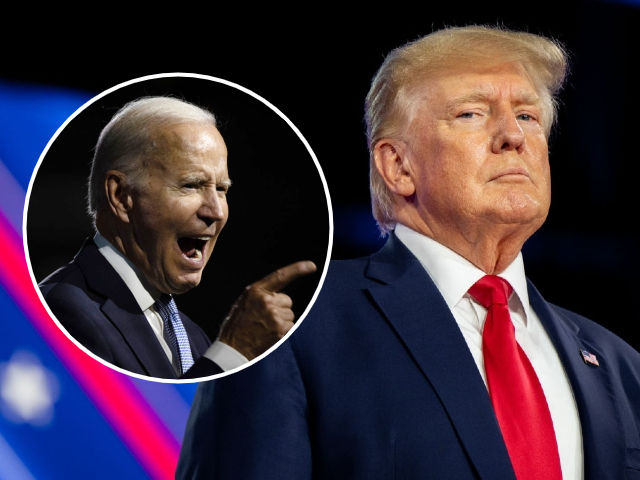 “If you look at the words and meaning of the awkward and angry Biden speech tonight, he threatened America, including with the possible use of military force,” Trump wrote on social media. “He must be insane, or suffering from late stage dementia!”

Biden used his “Soul of America” speech on Thursday night in front of Independence Hall to stoke fears about Trump and his supporters, branding them as “extreme” MAGA Republicans.

“[T]here is no question that the Republican Party today is dominated, driven, and intimidated by Donald Trump and the MAGA Republicans, and that is a threat to this country,” Biden said.

Trump tried to remind Biden what MAGA stood for.

“Someone should explain to Joe Biden, slowly but passionately, that MAGA means, as powerfully as mere words can get, MAKE AMERICA GREAT AGAIN!” he wrote.

Trump indicated that Biden should embrace the simple philosophy of his political movement.

“If he doesn’t want to Make America Great Again, which through words, action, and thought, he doesn’t, then he certainly should not be representing the United States of America!” he wrote.

Biden Has Done a ‘Fabulous Job’ on Economy