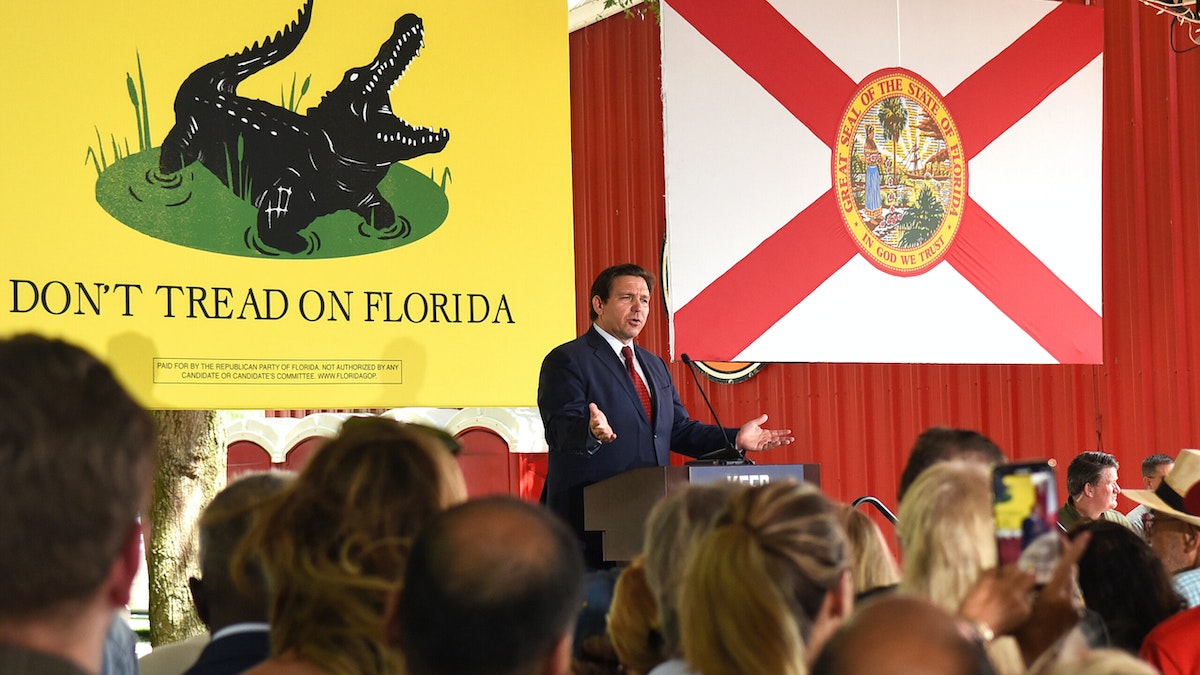 Some of the illegal immigrants who were flown to Martha’s Vineyard last week by Florida Governor Ron DeSantis (R) have filed a lawsuit in federal court alleging that they were the victims of a “fraudulent and discriminatory scheme” to relocate them.

The leftist Lawyers for Civil Rights claimed in the lawsuit in Boston that Florida officials “designed and executed a premeditated, fraudulent, and illegal scheme centered on exploiting this vulnerability for the sole purpose of advancing their own personal, financial and political interests.”

The lawyers claimed that the illegal immigrants were enticed using perks such as $10 McDonald’s gift certificates.

“No human being should be used as a political pawn in the nation’s highly polarized debate over immigration,” said Ivan Espinoza-Madrigal, executive director of Lawyers for Civil Rights.

Democrats have sought to inflict political damage on DeSantis, who they fear may run for president in the near future, over the incident by suggesting without evidence that he engaged in kidnapping and human trafficking.

“It is opportunistic that activists would use illegal immigrants for political theater,” DeSantis’ office said. “If these activists spent even a fraction of this time and effort at the border, perhaps some accountability would be brought to the Biden Administration’s reckless border policies that entice illegal immigrants to make dangerous and often lethal journeys through Central America and put their lives in the hands of cartels and Coyotes.”

“The transportation of the immigrants to Martha’s Vineyard was done on a voluntary basis,” the statement continued. “The immigrants were homeless, hungry, and abandoned – and these activists didn’t care about them then. Florida’s program gave them a fresh start in a sanctuary state and these individuals opted to take advantage of chartered flights to Massachusetts. It was disappointing that Martha’s Vineyard called in the Massachusetts National Guard to bus them away from the island within 48 hours.”

The Left: “DEATHSANTIS KIDNAPPED ILLEGALS THEN TRANSPORTED THEM WITHOUT THEIR CONSENT!!!”

DeSantis’ office confirmed last week that the state of Florida was behind the flights, saying in a statement: “Florida can confirm the two planes with illegal immigrants that arrived in Martha’s Vineyard today were part of the state’s relocation program to transport illegal immigrants to sanctuary destinations.”

“States like Massachusetts, New York, and California will better facilitate the care of these individuals who they have invited into our country’ by incentivizing illegal immigration through their designation as ‘sanctuary states’ and support for the Biden Administration’s open border policies,” the statement concluded. “In this past legislative session the Florida Legislature appropriated $12 million to implement a program to facilitate the transport of illegal immigrants from this state consistent with federal law.”

Don, or Ron? Which Side Will Republicans End Up On?