How Trump Win Clinch the 2024 Nomination. You’ve Seen This Movie Before. 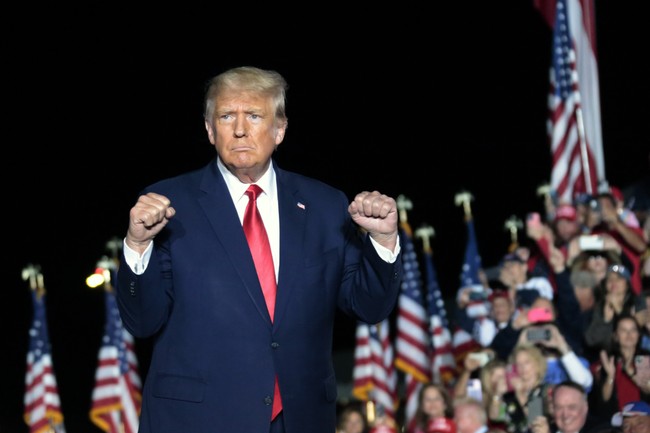 The 2024 sweepstakes are underway, with former President Donald Trump tossing his hat into the ring early. Trump running again was an open secret, with every politico knowing it was a matter of “if” not “when” concerning 45’s presidential announcement. Yet, the 2022 midterms have damaged Trump politically, as a slew of key candidates, he backed either lost or underperformed on Election Day. Trump’s unwarranted attacks on Florida Gov. Ron DeSantis further alienated the GOP base, as these swipes were widely viewed as undisciplined and puzzling.  Unlike past times when the billionaire real estate magnate responded to the many attacks lobbed at him during the 2016 primaries, DeSantis has done nothing to earn the scorn of Mr. Trump.

It was the bull in the China closet routine that many are growing tired of, and it showed rather explicitly that the former president is worried DeSantis can dethrone him. For now, DeSantis has not made his 2024 intentions known. We know that Nikki Haley, Mike Pompeo, and Mike Pence are seriously considering their presidential runs. And that’s where people are starting to get nervous—the viciously anti-Trump folks. Right now, this crew is doing victory laps over the Republican Party’s less-than-stellar performance during the midterms, never wasting an opportunity to note how “performative populism” failed with voters. Yet, they also acknowledge that a crowded field only benefits one person: Trump. And there must be at least some realization that a Haley-Pence-Pompeo field could get bulldozed by the former president, no matter how damaged he reportedly is (via Associated Press):

Memories of the tumultuous 2016 Republican primary hung over the Las Vegas ballroom this weekend during the first major gathering of the party’s potential contenders for the 2024 nomination.

No fewer than 10 White House prospects stepped onto the stage to pitch their plans to fix the nation — and their party. The details varied, but within most speeches was an extraordinary sense of defiance rarely seen since former President Donald Trump seized control of the Republican Party six years ago.

Their central message: Trump can and should be beaten.

Nikki Haley, the former ambassador to the United Nations under Trump, pledged in April that she wouldn’t challenge the former president if he ran again. But Saturday night, facing hundreds of cheering Republicans, she vowed to give “1,000%” to a White House bid if she decided to get in.

“I’ve never lost an election, and I’m not going to start now,” she said as the crowd roared.

But as the donors and activists who gathered for the Republican Jewish Coalition’s two-day leadership conference applauded, perhaps no one was cheering louder than Trump himself from his Florida estate.

Trump’s team believes, as do a growing number of anxious donors and Republican operatives, that the GOP’s emboldened 2024 class may already be unintentionally re-creating the conditions that enabled Trump’s success in 2016. That year, a crowded Republican field splintered the primary electorate and allowed Trump to become the party’s presidential nominee despite winning just 35% or less of the vote in each of the three opening primary contests.

Ron DeSantis is Trump’s only threat in the 2024 nomination race, and thus far, the Florida governor, who clinched a landslide re-election win, is focused on rebuilding his state after being hit by two hurricanes this season. There’s plenty of time for Trump to either lock this up or talk himself out of the running due to his unruly antics, which might have played well in 2016—but, without doubt, have led to a reduced return on investment in the political arena.