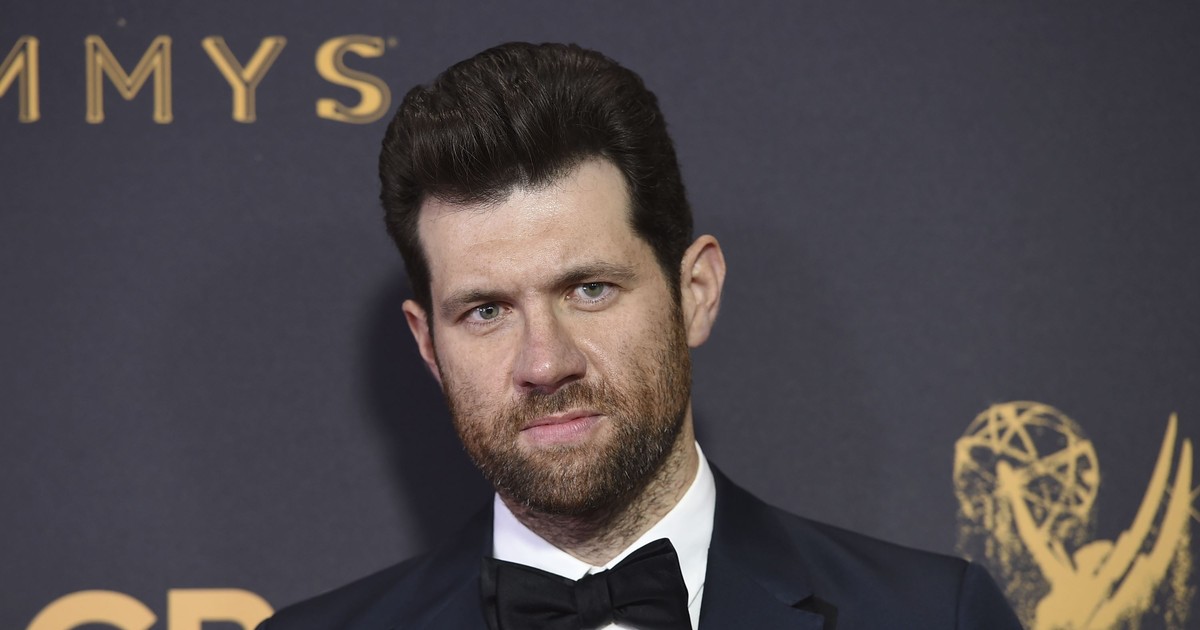 Billy Eichner’s gay romantic comedy performed dismally. He sees where the fault lies, and it is not with his film.

This is an occurrence that happens infrequently yet consistently over the years in Hollywood. A new property arrives and it is declared “Important,” — it bears all the earmarks of progressive activism, and that is all the reason to promote it heavily and expect great returns. Then, when things go sideways, the next thing to do is to not look at the problems with your product but rage at what is said to be “the true cause” of your poor result – the audience.

This was infamously on display with the rebooted all-female “Ghostbusters,” where the cast and director reacted to negative reviews of the trailers by lashing out at those being critical, calling them sexist and basically defying them to see their film; and they did not. Recently some releases on Disney+ have followed this pattern, where “Obi-Wan” was supposedly reacting to racist reactions which were not readily apparent, and “She-Hulk” brought out charges from within that viewers were man-boys squealing over the feminist themes.

Weeks ago “The Woman King” faced those questioning the historical accuracy of the lead character and her involvement in the African slave trade. Star Viola Davis and the producers initially chalked it up to racism from the potential ticket-buyers, yet those voicing the loudest concerns were actually POC individuals. In almost every case, these vociferous reactions are involved with projects receiving lukewarm support, and this weekend, “Bros” was no different.

This is a Billy Eichner comedy that was loudly and proudly touted as the first gay rom-com from a major studio. Universal gave this a significant push, beginning with a wide release of showings in 3,350 theaters. Advertising began in the early summer, and Eichner was a fixture on the talk show circuit. Online, television, and streaming outlets all were targets for commercial time, as the studio bet big on this title. The movie had a shooting budget of around $20 million, but estimates have Universal backing it with up to an additional $40 million for promotions.

“My friend Billy Eichner made a brilliant and historic movie that opens tomorrow! I’m going to see it in a theatre, and so should you! Congrats to you Billy! This movie is major.” #BrosTheMovie pic.twitter.com/WDrfkWYdgQ

All signs pointed to a favorable result. Advance word has been hot, and the critics have given it a Rotten Tomatoes rating of 91 percent positive. Exit scores from audiences have been strong, with an “A” grade. Yet, all of that advanced push generated no momentum. Pre-release estimates had the movie generating a box office return of between $12-$20 million. Instead, “Bros” debuted in 4th position this weekend, drawing a meager $4.8 million.

So with all of this in favor of the title, what went wrong? A New York Times breakdown suggests a few issues, with one being a failed effort to bridge target audiences. In going after the widest audience possible, “Bros” may have fallen into a marketplace nether world — too straight for gay audiences, and too gay for straight ones, some analysts posited. This is a frequent cinematic trap, where a production makes an attempt at fusing genres, but in trying to have things both ways it instead ends up failing twice.

Eichner himself is not proven as a huge draw, known primarily through television and the internet, but is rather known in the gay community and through comedy outlets. There was ample audience potential, but things did not come to the fore to appeal to a mass audience. But, as Eichner sees things, he places the blame squarely on one segment of the movie-going crowd.

That’s just the world we live in, unfortunately. Even with glowing reviews, great Rotten Tomatoes scores, an A CinemaScore etc, straight people, especially in certain parts of the country, just didn’t show up for Bros. And that’s disappointing but it is what it is.

Well now…a few things. Sure, it can be said that “straight people” did not turn up at an appreciable level. The statistics bear this out. But Eichner is insinuating that homophobia is the motivating factor. This does not exactly track, since there is an abundance of gay characters across the entertainment spectrum right now who are accepted and appear in successful releases. Note that there is not any acknowledgment that the material itself was never presented in a fashion that would sway ticket buyers.

But there is an even larger case of deluded analysis taking place. In placing the blame on rejection by the hetero audience Eichner is either deflecting from or turning his back on another reality – the gay audience did not arrive to see “Bros.” It seems rather ridiculous to resort to base mathematics, but when given a simplistic accusation like this, it becomes necessary. So, we need to run down the metrics behind this performance. (Numbers rounded lower for generosity and ease of understanding.)

We can allow for discounted price viewing times and ticket giveaways, and this will bring us to a rough estimate of about 500,000 tickets for this weekend’s premiere. Now, even if every single ticket buyer was from the LGBTQ community, that is a paltry representation of a single-digit percentage of gays who came out to see “Bros.”

So, why is it that Billy Eichner is laying the fault of his movie’s performance at the feet of hetero audience members when what you would perceive to be the target audience did not arrive at theaters in sufficient numbers? Just a five percent participation rate from the gay community would have been enough for the film to hit its low-end estimates.

There are certainly a number of factors behind this movie’s performance becoming a disappointment, from it being R-rated and diminishing available audiences, the calendar timing, marketplace influences, pandemic lingering effects, and any other number of challenges. To say that a rejection by straight moviegoers was to blame feels like an emotional reaction more than a studied conclusion. In the coming weeks, there is a George Clooney-Julia Roberts rom-com arriving, “Ticket To Paradise.” If that film meets a similar fate it would be more indicative of romantic comedies failing due to its core older audience not coming to theaters in appreciable numbers.

What Eichner is doing here is self-defeating. He not only is repelling any potential ticket buyers from arriving in the coming weeks, but he may also be driving off potential fans of his upcoming works. As has been shown, lashing out at the audience does not have a proven track record of success, short-term or long-term.

Iran Threatened Its World Cup Team With Imprisonment And Torture, According To CNN Source