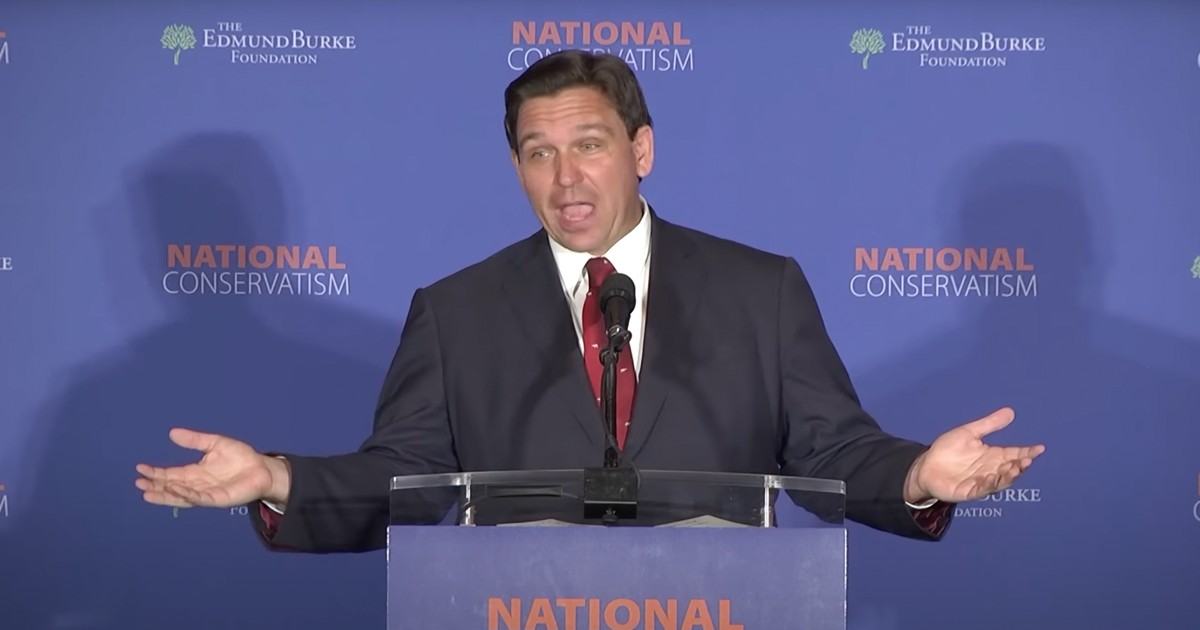 First there was 2020, and we said it couldn’t get anymore ridiculous. Then 2021 happened, and we were all proven wrong. But over halfway through 2022, there’s a new contender for the crown, and it’s all downhill from here.

Case in point, Ron DeSantis is now the target of a class action lawsuit filed by some of the illegal aliens that Florida transported to Martha’s Vineyard.

The lawsuit alleges that DeSantis and his accomplices engaged in “a premeditated, fraudulent, and illegal scheme centered on exploiting [the migrants] for the sole purpose of advancing their own personal, financial and political interests.”

This is gut-busting stuff. It’s so stupid that it’s hard to believe it’s not satire, but here we are, with people who illegally crossed the border now suing a governor for giving them a free ride to a sanctuary city they knew they were going to, including signing a release form.

My first big question here is how in the world there’s any standing here. In order to sue for damages, you typically need to have been damaged. How were these illegal immigrants damaged financially by no longer living under an overpass and instead flying to Martha’s Vineyard? And given it was technically the State of Florida who transported the illegal immigrants, what standing exists to sue DeSantis personally?

Then there are the supposed merits of the lawsuit. In what way was what Florida did 1) illegal, 2) fraudulent, and 3) financially advantageous? The state did not make any money on the deal. Rather, they spent money that was put in the last budget. As to political benefit, that is completely subjective. Some would say the move hurt DeSantis and the state politically. How do you even quantify that?

Everything about this lawsuit is farcical and nonsensical. Any judge worth their salt will throw this thing out immediately. There’s obviously no standing to sue DeSantis, and nothing laid out in the fact pattern is backed by real evidence. What crimes are even been alleged to have occurred to back up the assertion that the flights were “illegal?” It’s just laughable.

But this is what always happens when a Republican is effective and starts winning. Lawfare is standard fare for the left, as we’ve seen with how Donald Trump has been targeted. I suspect DeSantis is prepared for this, though, and that he’ll once again come out on top when all is said and done. The left hate the Florida man because they fear the Florida man.

WATCH: 'You Are Not Welcome' – Israelis Shunned at Qatar World Cup