Gov. Gavin Newsom’s ‘Commission on the State of Hate’ Is Exactly What You Would Expect – RedState 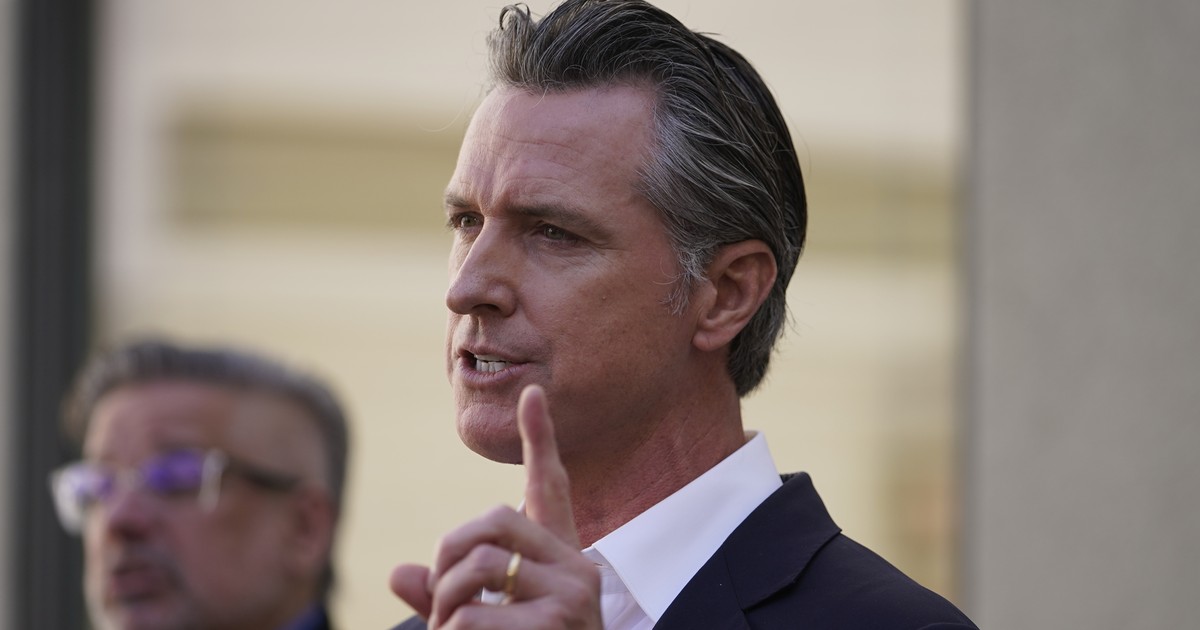 It appears the People’s Republic of California is poised to tighten its embrace of cultural Marxism. The state is in the middle of selecting people to serve on a brand spanking new Commission on the State of Hate, which is ostensibly designed to analyze the nature of supposed hate crimes.

But the individuals the state will likely appoint to this commission might just reveal its true intentions. This will not be good for conservatives still remaining in the Golden State.

This doesn’t sound too bad, right?

The commission aims to help all Californians, but Newsom has nominated a slate of Democrats and activists—without including a single Republican—to serve on it. Worse, one of the top nominees has a history at the Southern Poverty Law Center.

Some of you might be familiar with the Southern Poverty Law Center (SPLC). It used to be a legitimate organization that represented poverty-stricken people in the south. It used to fight back against the Ku Klux Klan and other racism-driven groups.

But now, the organization is nothing more than a propaganda tool for the far left. It has used its influence to target individuals and groups that do not adhere to the tenets of the Wokeism religion, labeling Christian organizations as “hate groups” and placing them in the same category as neo-Nazis and the KKK.

In fact, the group contributed to at least one act of politically-motivated violence in 2012 with its deceptive categorization of the Family Research Council as a hate group. Floyd Lee Corkins II sauntered into the lobby of the organization in Washington, D.C., and shot a member of staff who was standing guard. He said, “I don’t like your politics” before opening fire.

The staff member, after being shot in the arm, managed to wrestle the firearm away from the assailant. It was later revealed that Corkins carried out the attack after seeing the Family Research Council listed on the SPLC’s website as an anti-LGBTQ hate group, which it is not.

For its part, the SPLC condemned the assault. But it appears they weren’t quite sincere about it because they kept the organization on its “hate map.”

Still, none of this stopped Newsom from choosing Brian Levin, who served as associate director of legal affairs for the organization, for his supposed Commission on the State of Hate. If he follows the example of his former employer, there can be no doubt that he will use this position to target conservative groups – especially those who have nothing to do with hate or bigotry.

Brigitte Gabriel, the founder of ACT for America, told the Daily Signal that “conservative Californians should be extremely concerned about this commission and the way it will operate,” and that “government agencies and departments on all levels are now weaponized against good, patriotic Americans simply for their political views.”

The SPLC falsely labeled Gabriel’s organization as “anti-Muslim” because it has spoken out against the threat of radical Islamic terrorism.

“The SPLC, which once did good work to stamp out hate, is today a leftist activist organization, writing opinion reports against their political adversaries—which government agencies are using as a fact sheet to silence and intimidate patriotic Americans,” she cautioned.

Gabriel is spot on. This is nothing more than an initiative designed to ramp up efforts to portray anyone to the right of Bernie Sanders as far-right wing extremists. The SPLC may have done legitimate work in the past, but it has gone far afield of what it used to be. Levin was a part of that metamorphosis. There can be no doubt that this commission will simply be another apparatus using the same tricks as the SPLC. But what else would you expect from California?

KANYE STORMS OFF OF TIM POOL’S PODCAST IN AWKWARD INTERVIEW!