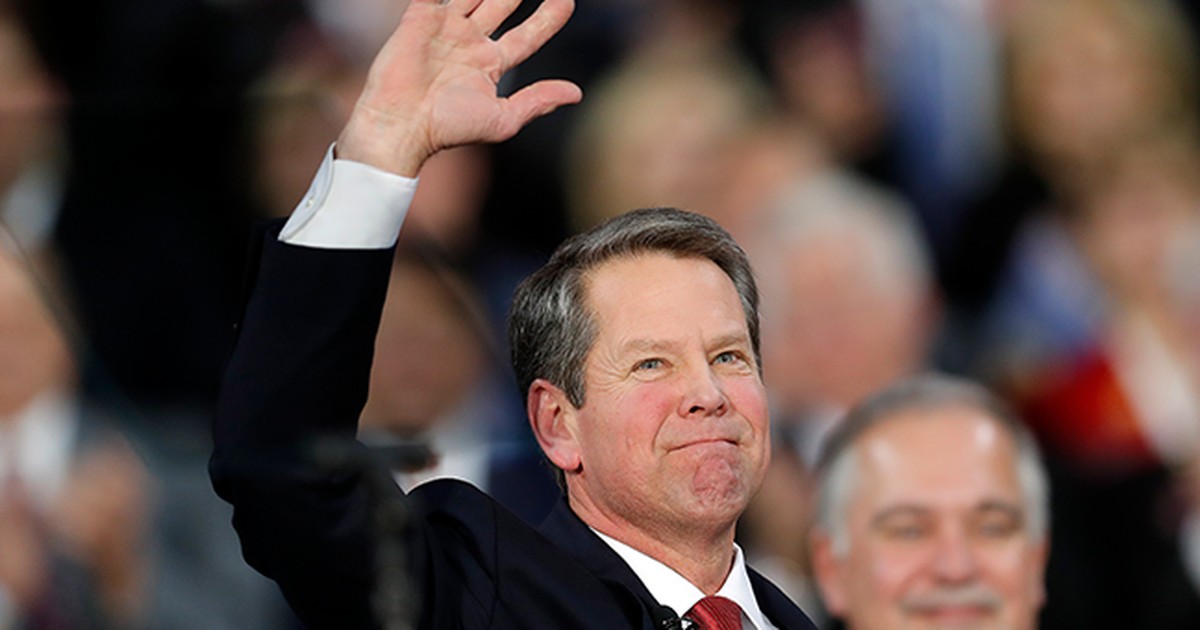 Most days, Stacey Abrams must regret not jumping at the chance to be placed on President Biden’s cabinet or in the office currently occupied by Vice President Kamala Harris. Abrams spent too much time reading the glowing press about her role in turning Georgia blue in 2020. It made her delusional enough to take a second crack at the Governor’s Mansion.


However, according to a new poll from The Atlanta Journal-Constitution, she could lose so badly in 2022 that not even screeching “Voter suppression!” will excuse her loss. Incumbent governor Brian Kemp is polling at 50%, ahead of Abrams at 42%. Kemp also enjoys a 54% approval rating in the state. The margin of error is 3.3%, so Abrams has work to do to come close. Kemp needs 50% plus one to avoid a runoff.

The AJC noted a few significant demographic hurdles for Abrams. She and Kemp are deadlocked among women. Suburban women were a crucial demographic in Joe Biden’s narrow win in 2020. A source told PJ Media on background that debates over critical race theory (CRT) are hurting Abrams with this demographic.

Abrams has publicly supported CRT, framing it as a way to teach history. However, fierce debates on the topic have occurred throughout the state. Many parents see the curriculum based on CRT as a way to divide students, not a way to move forward together. Abrams also habitually racialized everything and acts like Georgia has not progressed since 1958. As National Review noted:

Georgia Democratic gubernatorial candidate Stacey Abrams is famous for calling voter ID laws the new Jim Crow. Her heedless charges of racism over virtually any attempt to prevent voter fraud chased the MLB All-Star game from Atlanta and earned her the sobriquet “fount of disinformation” here at National Review.


President Barack Obama won suburban women by positioning himself as the post-racial candidate. Like much of the Democrat Party, Abrams became more racially divisive after her loss in 2018. The divisive rhetoric could even be costing her black voters. Abrams’s poor performance with black men in 2018 was a key reason she lost. Now, the AJC notes, “About 80% of Black voters say they’re backing Abrams, and an additional 10% support Kemp. Abrams likely needs to push her number above 90% to win in November.”

Related: Don’t Believe the Hype: Biden’s Unpopularity Will Absolutely Be a Drag on Democrats in November

Beyond the governor’s race, the AJC poll indicates November could be a Republican sweep in key statewide races.:

Abrams said she would welcome President Biden to Georgia to help her campaign. Yet he could be a drag on her candidacy, with the AJC finding Biden has a 37% approval rating in Georgia. A slim majority of Georgia voters want Republicans to win control of Congress, and 70% told the AJC the country is on the wrong track.

The only critical race that does not have a statistically significant lead for the Republicans in the AJC poll is the Senate seat currently held by Democrat Raphael Warnock. Republican Herschel Walker leads 46% to 44% in the poll, which is essentially a dead heat. However, this is significant progress for Walker and shows the recent barrage of ads by Warnock’s campaign is not pushing Warnock back into a comfortable lead. Warnock had been ahead by as much at 6 points in the RCP average until recently.


Here’s the dirty little secret about how Warnock won in the first place: More than 752,000 voters who cast a ballot in November 2020 stayed home for the January runoff. Most of these Georgians were Republican votes Donald Trump suppressed with his stolen election rhetoric. Even the AJC admitted the dip in Republican turnout led to Democrats John Ossof and Warnock winning the two open seats.

Without the Trump anomaly and Zuck Bucks flooding the state, it seems the smart money is on Georgia returning its status to a reliably red state.