For Irish Catholic Americans, The Queen’s Passing Is Complicated 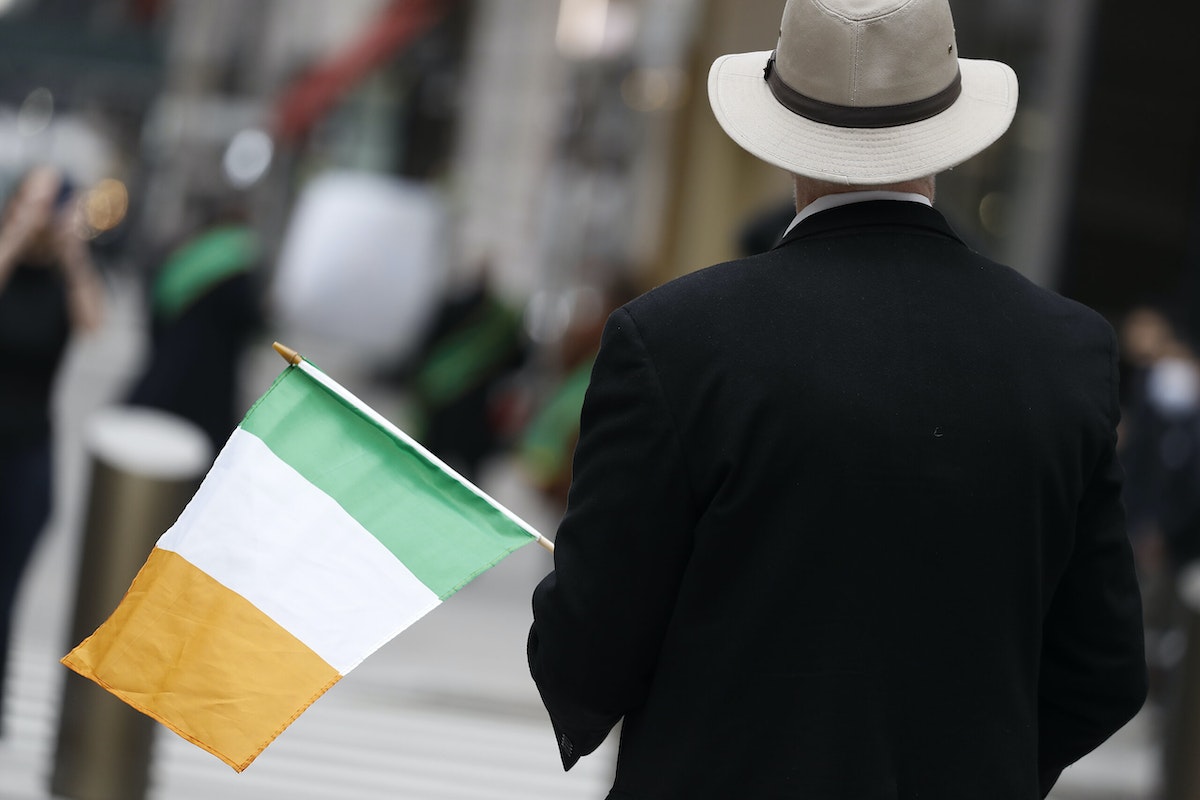 It didn’t take long for the culture vultures to begin feasting on the recently deceased Queen Elizabeth II.

Articles in newspapers, tweets from professors and chatter from TV talking heads all emerged decrying the Queen and her nation’s history of colonization. But one group remained conspicuously, and unusually, quiet about the death of a British Monarch. That group is American Irish Catholics.

For us plastic Paddies of a certain age, the death of the Queen is complicated. Growing up in my Irish Catholic family in Philadelphia in the 1980s the only thing we hated more than the English were the Dallas Cowboys. Maybe. For me, back then, England was not a domain of castles and knightly romance. It was the nation that starved half of Ireland to death in the 1850’s and under which Republican (in the Irish sense) hero Bobby Sands died in 1981 on a hunger strike in a British jail.

So, no, I did not share the sense of loss and sadness that so many, even Americans, felt at the passing of Elizabeth II. As the news developed, and it became clearer that she may have died, I thought to myself, “You don’t have to say anything about the Queen.” As I reached out to Irish-American friends (who shared my feelings almost exactly), I saw very subtle tweets hinting at the need to be gracious and quiet.

It is a strange feeling, to watch the world stop for a great figure’s death, to witness the endless adoration, the missives and messages on television and social media about their greatness, the profound and sincere sadness that takes hold, and to just not feel it. But at the same time, I felt no happiness, no mirth at the suffering of others. I felt no need to criticize Elizabeth II or her nation. 20 years ago I may well have.

And then I realized something. In the 40 or so years since I sat at my great grandfather’s knee, hearing stories of the Troubles in his brogue as he sat beneath framed photos of JFK and the Pope, my own attitude towards England has changed. My hatred had been visceral and very real. Though I no longer feel it, I remember it well. I eschewed British history, poets, and novelists. I made an exception for Shakespeare, consoling myself with the theory that he was a secret Catholic.

But what I ultimately came to understand was that the disdain I felt was harming me. I am after all an American, and America is a child, if not an heir, to England. As it became clear to me (not until my late twenties) that to understand my own country I had to understand England, admiration began to mix with my malice. I could admire the Magna Carta, the speeches of Pitt, and the steely strength that this nation brought to two world wars. I could even admire the Queen. And I do.

All of this also happened at a time, in the late 1990’s when the Good Friday Accords were taking shape, when a new era dawned, one in which Catholics and Protestants in Northern Ireland had not settled old differences exactly, but had a functional framework for peace. And in the 20 years since, the Troubles have faded into memory.

It’s not that most Irish Catholic Americans no longer have the goal of a united Republic of Ireland, many of us do, but especially with the sharp gains for Irish nationalist parties in both north and south, it very much seems that the Four Green Fields will live once again through political, not violent means.

Something in my own family line ended with me. For hundreds of years, my ancestors and relatives passed down hatred of our oppressors — it was a birthright. A birthright I have not passed on to my own son. He knows the basic history of it all, but his chest will never tighten in anger at the sight of the Union Jack as mine did at his age. He will not experience the intellectual and emotional cage that I, and many others have found a way out of. For that I am grateful.

Queen Elizabeth oversaw nearly a century of history on her isles, she reigned over Bloody Sunday, and the H Block prison. She waived her royal waive while the rights of Northern Irish Catholics were trampled on. I do not forgive her for that. But she also reigned over the negotiations that brought about peace, and her grace, her sense of duty, and patriotism may well have helped her people come to terms with such change.

My scar tissue is too strong to feel the pain of Elizabeth II’s passing, but as a Catholic I pray for her. And I can say that, under her leadership, ancient hatreds have crumbled — for that we can all be grateful.

David Marcus is a Brooklyn based columnist and author of “Charade: The Covid Lies That Crushed A Nation”

The views expressed in this piece are those of the author and do not necessarily represent those of The Daily Wire.