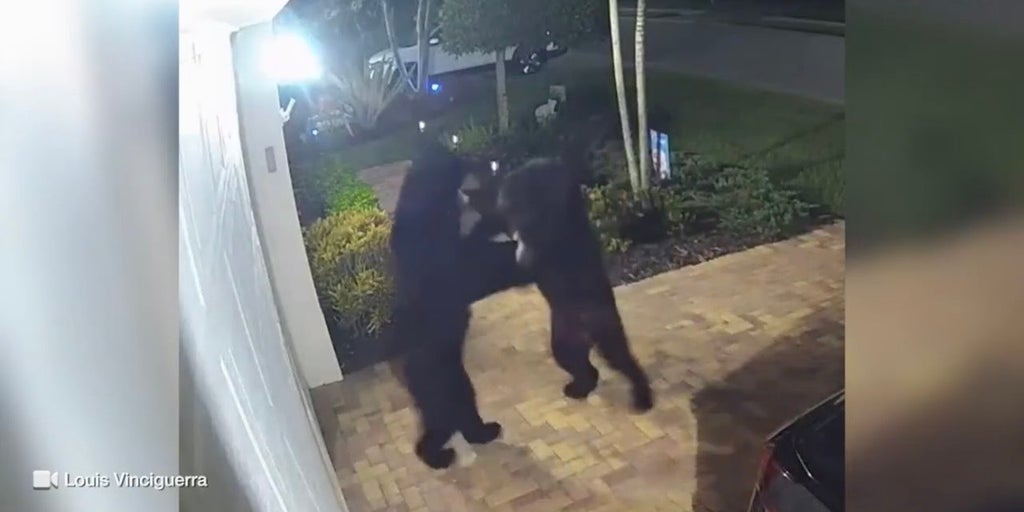 Two black bears were caught on camera “dancing” paw-in-paw in a Florida driveway.

The Naples, Florida homeowners, Lou and Nancy Vinciguerra, told Fox 35 that they often see wildlife on their security cameras on the front of the homes.

The two black bears are seen to be playfully wrestling and pawing at each other as they move around the couple’s driveway.

“I called it dancing, but I guess it’s how they play,” Lou said.

MASSIVE FLORIDA ALLIGATOR SEEN STRAPPED TO BACK OF SUV

This isn’t the first time bears have visited their home.

“Bears, bobcats, wild boar, and plain old deer. But usually they are just passing through. Only the bears are entertaining!” Lou told FOX 35.

Lou often posts videos of the animals he sees on his security camera. In one of them, a bear is seen eating food out of a bag in the middle of the road, only to leave a loaf of bread in Lou’s backyard!

“Guess he was taking home a snack and decided to leave it behind!”

Sarah Rumpf is a Fox News Digital Production Assistant. You can reach her on Twitter at @rumpfsarahc

Jesse Watters: Mother who drove through mob to protect her family wants to clear her name

Researchers Find Remains of 5 WWII-Era Bombers in the Adriatic

Rep. Waltz: We are in a military recruiting crisis that will take years to recover from