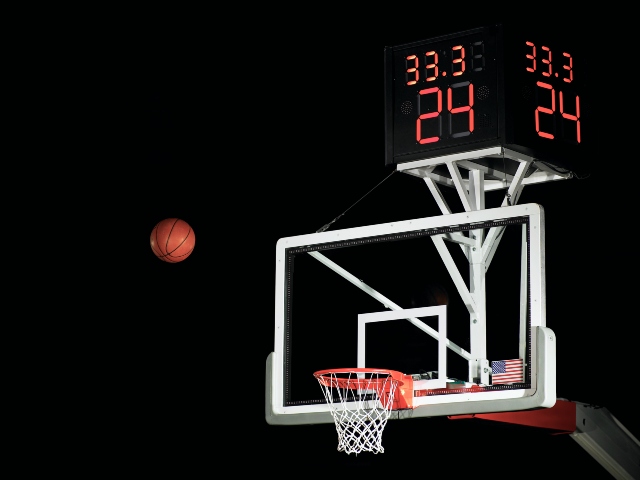 A Wisconsin dad and his family are in festive spirits after nailing a $10,000 half-court shot at the Milwaukee Bucks game on Monday night.

Germelle Scott Sr. was in attendance with his seven-year-old son, Germelle Scott Jr. Scott’s son has sickle cell anemia. Scott’s son was a guest of the MACC Fund (Midwest Athletes Against Childhood Cancer) and set to receive the fund’s “star of the year” award.

While they waited to receive the award, Fiserv Forum staff members approached Germelle Scott Sr. and asked if he wanted to participate in the Potawatomi Hotel & Casino Jackpot Shot.

Scott didn’t have to attempt the shot right away. After all, he hadn’t picked up a basketball in nearly eight years. However, despite the long layoff, Scott made a lay-up, free throw, and three-point shot in quick succession.

He was ready to go.

Scott then hit the most important shot of all, the half-court shot worth $10,000. What made the moment even sweeter, according to Scott, was seeing his son’s face on the jumbotron after the money shot went in.

Scott, a hard-working father who holds down two jobs, plans to use the money to buy his kids some nice Christmas presents and start his own business, according to WISN.

If Musk Wants Free Speech, He Needs To Allow Freedom Of Reach

Jonah Goldberg Yearns to Eliminate Primaries, and I Have Thoughts – RedState