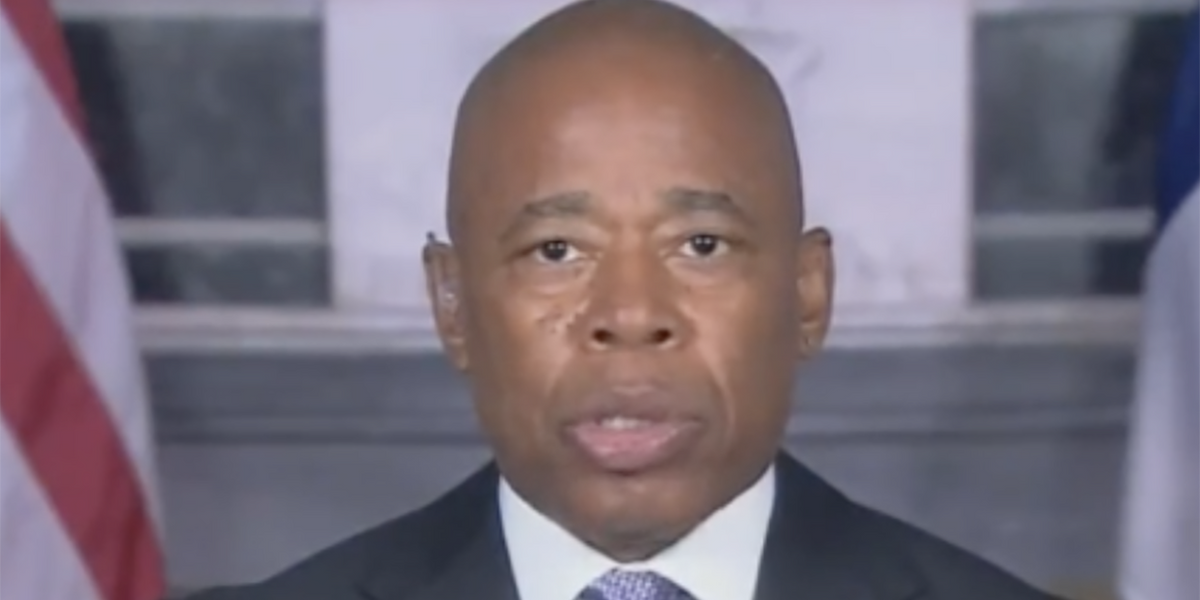 New York’s new gun laws went into effect on Thursday. Their last batch of gun laws was ruled unconstitutional. This new batch of unconstitutional laws is a response to that. To paraphrase Kathy Hochul, she don’t need no stinkin’ facts to violate your second amendment. The new rules include handing over your social media accounts, putting up “Gun Free Zone” signs in Times Square, and if NYC Mayor Eric Adams has his druthers, sending police door to door to investigate you for wanting a handgun.

Earlier this year, the Supreme Court ruled states could no longer require concealed carry permit applicants to prove they had “proper cause” to wanting a gun. Now if you want one, according to Eric Adams on a recent MSNBC appearance, expect the police to come a ‘knockin’.

“If someone is spewing hate, if someone is making dangerous threats, if someone is part of some form of hate group, the police officer, or the detective, or the investigator is going to use their investigatory skills of determining if there is something that is a red flag there.”

The rub is all the people who work in New York City that would determine red flags? Partisan leftists who think any opinion they disagree with is “hate.” If you think half-naked grown men shouldn’t be dancing with little children? HATE! If you question the science behind allowing people to protest and riot but not allow them the visit dying relatives? HATE! If you think Kathy Hochul is a dingbat and Eric Adams looks like a foreskin that was left out in the sun too long? HATE!

Oh, and your neighbors are going to get a knock on the door too:

‘When I became a police officer, people knocked on my neighbor’s doors and interviewed them and asked what type of person am I, and I think those are the same skills that are going to be used to look at not only social media, but also knocking on neighbor’s doors, speaking to people, finding out who this individual is, and that we’re about to allow to carry a firearm in our city.”

Adams’ plan is to have police (with guns) talk to your neighbors, tell them you would have a gun next door, and then ask them what they would think about you having a gun next door. And this idiot runs a city.

A city that, by the way, is overrun by crime. The Mayor of New York City isn’t doing a damn thing about the criminals in his city. Now, he’s going to have police distracted treating YOU like one for wanting to protect yourself from the criminals.

Peter Doocy and Jean-Pierre Get Into Heated Exchange Once Again