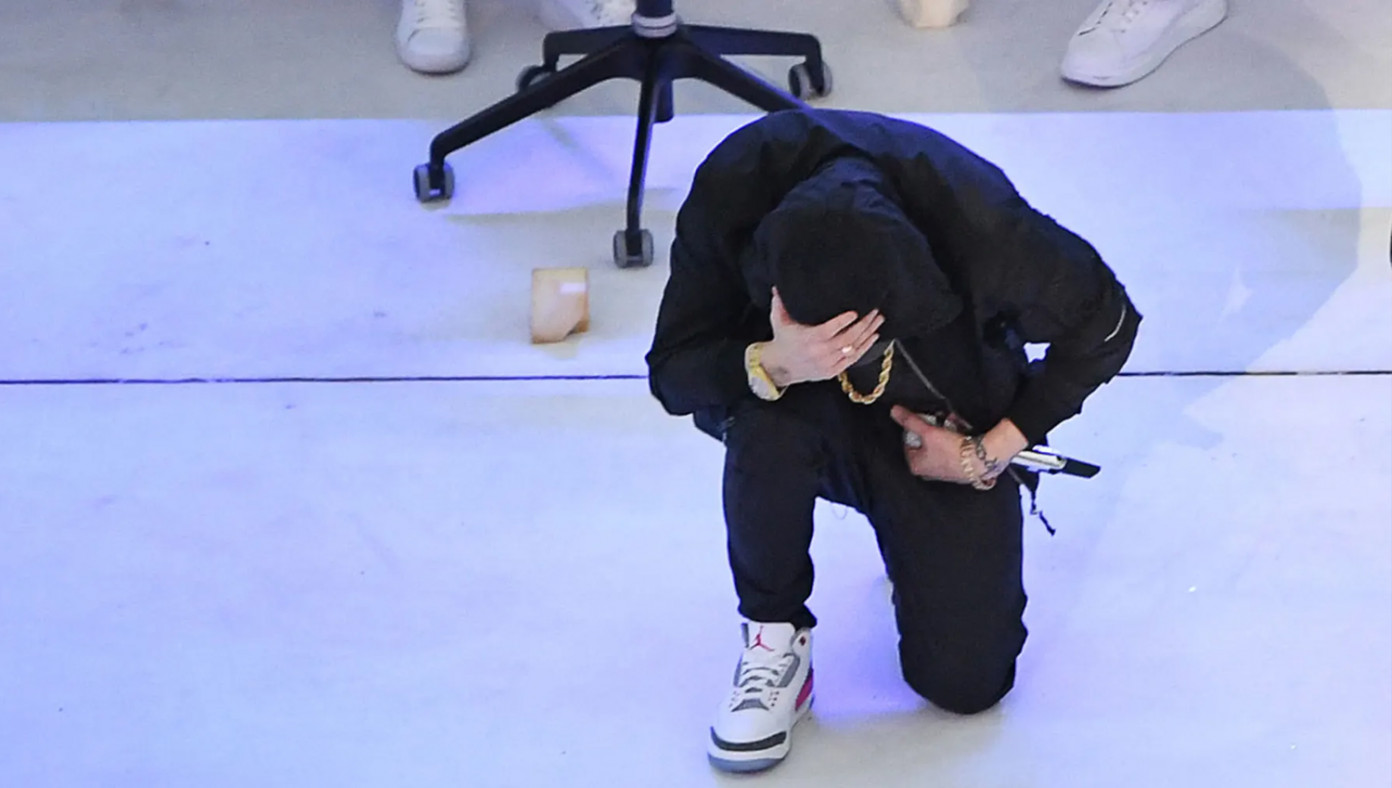 LOS ANGELES, CA – The Super Bowl halftime show took a surprising turn last night when rapper Eminem ended his performance by taking a knee in tribute to the most talented Christian football player of all time, Tim Tebow.

The multiple award-winning, best-selling rapper shocked viewers everywhere as he dramatically dropped down into the famous “Tebowing” pose. Right in the middle of the field, Eminem took a knee and bowed his head in prayer, giving thanks to God Almighty for everything in his life – just like how Tim Tebow did it. Wow!

According to sources, Eminem knew that the eyes of the world would be watching him and he could think of no greater message to send other than to bow down and kneel in reverence to honor the Lord our God. The rapper has expressed his hopes that his actions will inspire and unite others as they lower themselves before our Heavenly Father, exalting His great name while asking Him to heal our country.

It remains a mystery how the rapper became so inspired by the actions of a football player from 7 years ago. But let’s just chalk this one up to the Lord working in mysterious ways through His amazing and handsome servant Tim Tebow. Thanks for faithfully spreading that witness, Tim!

What an incredible testimony on the most televised event of the year! Tim Tebow left behind a powerful legacy that is clearly still inspiring celebrities to this day.