Doocy Calls Out KJP Hypocrisy On Stolen Elections, ‘You Tweeted In 2016 That Trump Stole An Election’ 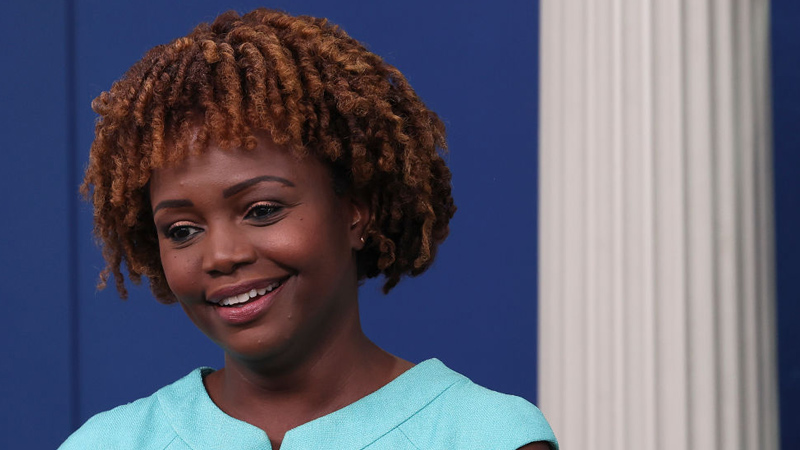 After the administration adopted a divisive platform last week calling Trump supporters who question the 2020 election results a “threat to democracy,” Doocy decided to turn the tables back on the White House.

“If we’re all in agreement that it is incorrect to say the 2020 election was stolen, what about the 2016 election?” he asked.

Following up on his previous question, Doocy asked KJP, “You tweeted in 2016 that Trump stole an election.”

“I knew this was coming,” the press secretary blurted out, interrupting the Fox correspondent.

“If denying election results is extreme now, why wasn’t it then?” he asked.

Clearly frustrated at her hypocrisy being made public, KJP told Doocy, “So, let’s be really clear. That comparison you made is just ridiculous… I was talking specifically at that time of what was happening with voting rights and what was in danger of voting rights. That’s what I was speaking to at the time.”

KJP’s tweet claiming Trump stole the election is still up on her wall.

Continuing, the Biden press secretary shifted the blame and claimed Trump “incited” a mob on January 6th which allegedly shows his supporters are a threat to democracy.

During another part of the press conference, KJP tried to backtrack Biden’s divisive rhetoric by claiming he only said pro-Trump “office holders” and “elected officials” are a threat to democracy, not Trump supporters.

Of course, this is a lie and Biden never clarified he only meant “MAGA Republicans” in office are a danger to America’s freedoms.

The internet responded harshly to Jean-Pierre’s poor answer to the question she “knew” was eventually going to be asked.