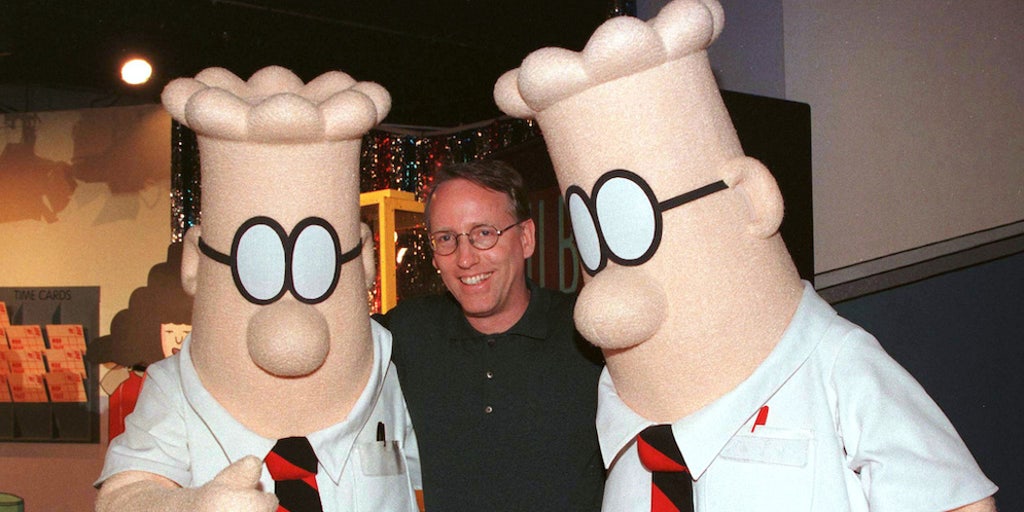 The syndicated “Dilbert” comic strip is calling out environmental, social and governance (ESG) policies in a new series launched earlier this month.

“Dilbert” author Scott Adams announced the “hard run” in a Sept. 15 YouTube video and said he is going to “destroy ESG” or “take a shot at it.”

Scott Adams, cartoonist and author and creator of “Dilbert”, poses for a portrait in his home office with his book “How to Fail at Almost Everything and Still Win Big: Kind of the Story of My Life” on Mon., Jan. 6, 2014 in Pleasanton, Calif. (Photo By Lea Suzuki/The San Francisco Chronicle via Getty Images) | Getty Images

“It should start to become known that Dilbert thinks it’s ridiculous and then people who also think it’s ridiculous will start retweeting it. And then the boss who’s in charge of it will start to get these sent to him by email or printed out and slipped under the office door,” Adams explained. “Mockey is very powerful and mockery, in theory, could dismantle this.”

He added that he “can’t do it alone” and called on viewers to “amplify this and make it go away.”

In a Dilbert comic panel on Tuesday, a character named Dave talks with his supervisor about boosting his company’s ESG rating.

“Dave, I need to boost our company’s ESG rating, so I’m promoting you to be our CTO [chief technology officer],” his boss says. “I know you identify as White, so that won’t help our ESG scores, but would it be too much trouble to identify as gay?”

“Depends on how hard you want me to see it,” Dave responds.

According to an August sustainability report by McKinsey & Co., more than 90% of S&P 500 companies and approximately 70% of Russell 1000 companies publish ESG reports in some form.

The U.S. Securities and Exchange Commission is considering new rules that would require more detailed disclosure of climate-related risks and greenhouse-gas (GHG) emissions.

Additionally, conservative think tank The Heritage Foundation unveiled an anti-ESG campaign in September, claiming the Left is using the scores to pressure financial institutions and businesses to adopt progressive ideologies.

Dilbert, which first launched in 1989, appears in over 2,000 newspapers in 57 countries and in 19 languages, according to Adams’ website. Adams told Fox News on Tuesday that the comic has been removed from 77 newspapers owned by Lee Enterprises.

“It was part of a larger overhaul, I believe, of comics, but why they decided what was in and what was out, that’s not known to anybody except them, I guess,” he said.

A spokesperson for Lee Enterprises did not immediately return FOX Business’ request for comment.

Modern Villa In Italy Basks In Lake And Alpine Views