Did you know: Facts about the National Museum of African American History and Culture | The Learning Key 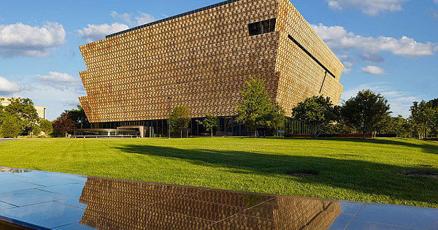 The U.S. National Museum of African American History and Culture opened in Washington, D.C. on Sept. 24,

The national AfricanAmerican museum idea dates back to 1929 when President Herbert Hoover appointed a building commission, which Congress ultimately failed to authorize.

In 2003, President George W. Bush signed legislation for the museum to be built.

Groundbreaking on the 5acre site took place in February 2012.

The current site was selected in 2006 and the museum opened Sept. 24, 2016, in a ceremony led by President Barack Obama.

The museum is the 19th among the museums of the Smithsonian Institute. It’s also the newest on the National Mall in Washington, D.C.

The building’s total cost of construction and exhibition installations was $540 million. This total was funded by both the Smithsonian and by federal funds.

The admission for the museum is free.

The museum’s collection was built from scratch and originally opened with 12 exhibits.

The museum has about 85,000 square feet of exhibition space with 12 exhibitions, 13 different interactives with 17 stations, and 183 videos housed on five floors.

Some of the items on display range from 40 artifacts of Harriet Tubman to a PT13D Stearman biplane trainer aircraft operated by the United States Army Air Forces and used in 1944 for training members of the Tuskegee Airmen.

The museum exterior is bronzecolored with cast aluminum divided into 3,600 panels that create the signature exterior feature called the Corona.

In 2007, the museum became the first major museum to open on the Web before completing a physical structure. The web site included the museum’s first exhibit, mounted in New York City

Over half of the museum’s 37,000 artifacts came from donations.

Lonnie G. Bunch III is the founding director of the museum. Bunch is currently the 14th Secretary of the Smithsonian Institution, the first African American and first historian to serve as head of the Smithsonian.