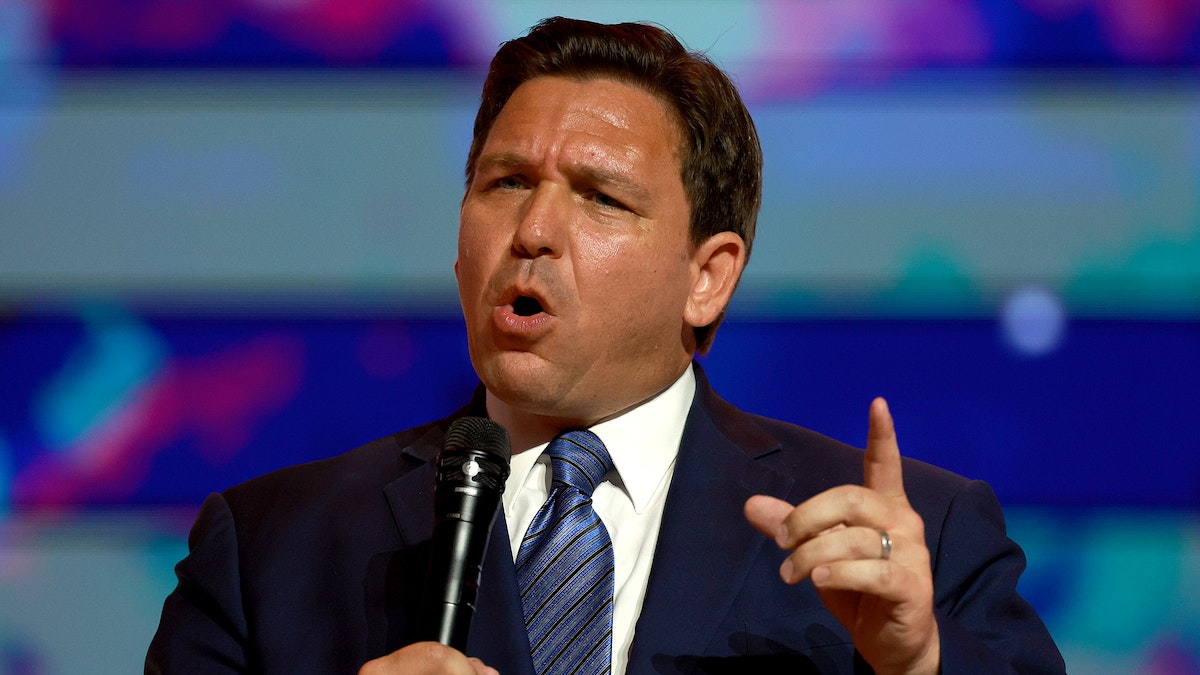 Governor Ron DeSantis (R-FL) slammed President Joe Biden Friday night for delivering “one of the most disgusting speeches an American president has ever given” this week in Philadelphia where the president made “a partisan attack on half the country.”

In his speech on Thursday night, Biden sought to blame America’s problems on former President Donald Trump and his supporters, labeling them “an extremism that threatens the very foundations of our republic.”

DeSantis responded to the speech during an appearance on Fox News’ “The Ingraham Angle” with guest host Raymond Arroyo.

“He ran as being a unifier and he’s basically saying to the vast majority of the country that disapproves of him, that they’re effectively a threat to the republic,” DeSantis said. “He dodders, he lashes out, but at the end of the day, his policies are why there’s so much opposition to him.”

“He came in and he opened the border, and we’ve seen what a disaster that’s been; he kneecapped American energy, we’ve seen how that’s hurt millions and millions of people across our country; they’ve inflated the currency, we have one of the worst inflations we’ve had in over 40 years,” DeSantis continued. “So of course people are going to be upset at all the wreckage that he’s left in his wake. He is the American Nero. He’s a failed leader. And I think that he is doing this because he’s trying to energize his base to fend off a real butt whipping this November.”

DeSantis slammed Biden for having Marines stand by him while he delivered the speech, saying that the president used them “as a prop for a partisan attack on half the country.”

“I think that that’s something that doesn’t sit well with a lot of veterans,” DeSantis said. “I would also say he respects veterans? He respects active duty? He has kicked out military members based on the COVID jab. That’s not respect in my book. We’ve lost a lot of good people who wanted to serve but for his mandates.”

“And then I think you look at the way he’s weaponized federal agencies, it all plays into this idea of him mobilizing government against people he doesn’t like, and he has done that time and time again, and I think he’s gonna continue to do it,” DeSantis continued. “And if Republicans do take control, they need to hold them accountable, because I think it’s likely to get worse if he loses in the midterms.”

US starts fiscal year with record $31 trillion in debt

Did Joe Biden call on a congresswoman who died in August?