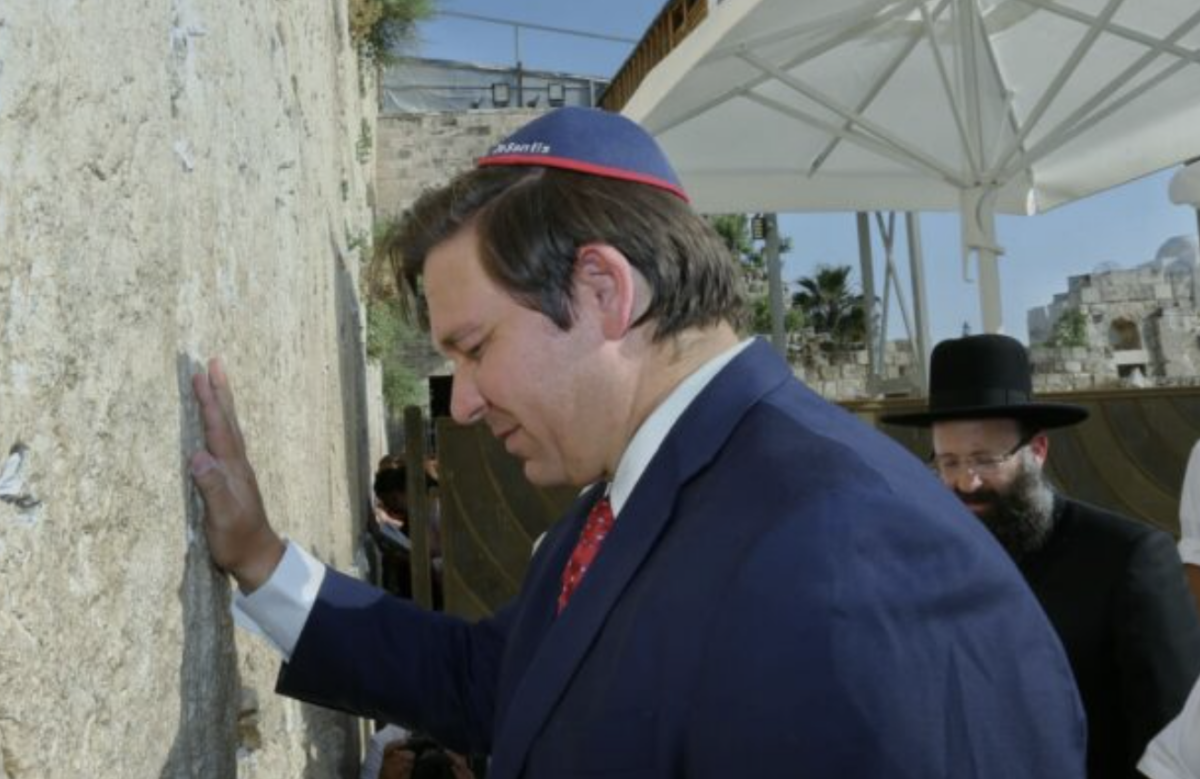 Florida Governor Ron DeSantis spoke to several hundred supporters at an “Education Freedom Event” hosted by Florida’s Jewish and Faith Communities, where he took a solid jab at Democratic gubernatorial Lt. Governor nominee, Karl Hernandez-Mats. In a video captured by South Florida activist Chris Nelson, Gov. DeSantis needles Hernandez-Mats for her show of sympathy for the late Dictator Fidel Castro, and for her opposition to moving the U.S. Embassy to Jerusalem in Israel.

“There’s this Lieutenant governor nominee who is a teachers union boss. She was sympathetic when Castro died. She wanted to lock the kids out of school. She had this one guy who was in her circle that was sexually abusing these students,” said DeSantis.

DeSantis continued, saying that Hernandez-Matz, who has been labeled “Karla Marx” for her show of sympathy for Castro and “radical” progressive position on issues, didn’t want the Trump administration to move the U.S. embassy from Tel Aviv to Jerusalem.

The Jewish Community of Boca Raton is NOT happy that @CharlieCrist running mate @KarlaforFlorida OPPOSED moving the US Embassy to Jerusalem! pic.twitter.com/LOBwrLIEaO

Earlier in the day, DeSantis received the endorsement of the Police Benevolent Association and the support of Democratic County Commissioner David Kerner.

“It may come as a shock to many of you or many of my friends that a Democratic elected officer in deep blue Palm Beach County endorses a Republican governor. But I will not remain silent. There is too much on the line in this election,” said Commissioner Kerner.

With massive 10-to-1 fundraising advantage, DeSantis is expected to win the general election against Rep. Charlie Crist. Florida Democrats will have all hands on deck to defeat DeSantis, but the momentum is on DeSantis side.

Cyber Monday May Be a Flop This Year

Antifa Brawl with Police After Attack on Russia Sanctions Protest