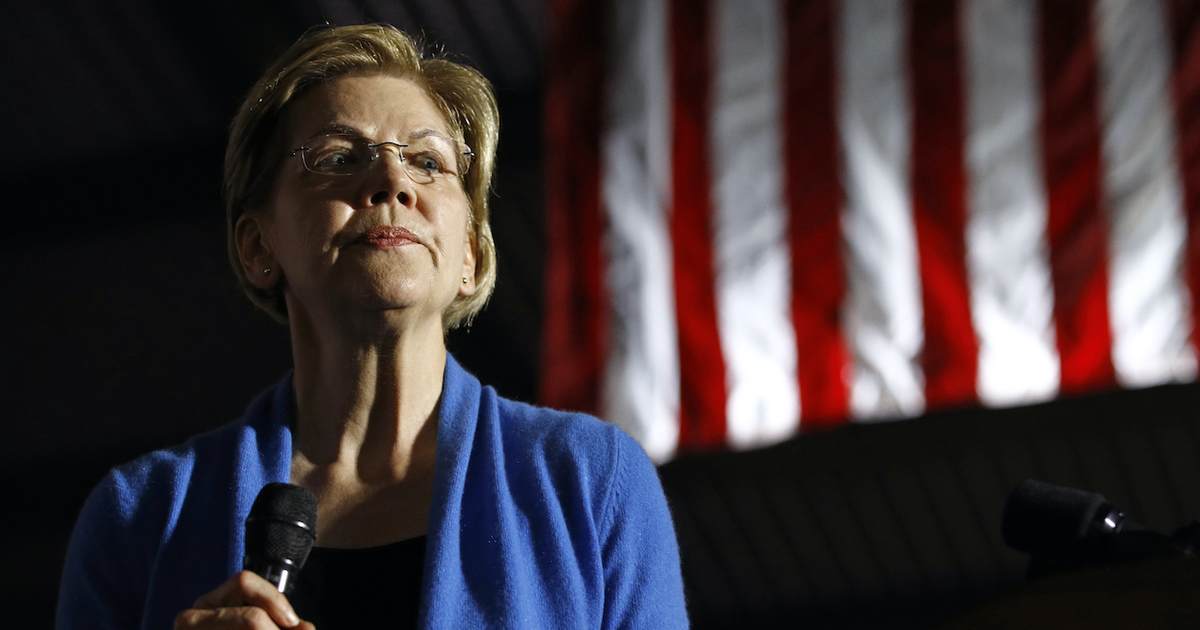 It looks like Fauxcahontas and company are back at it again. Ever since it became apparent that Roe v. Wade was going the way of CNN Plus, Sen. Elizabeth Warren (D-MA) and some of her Democratic colleagues have been on the warpath against Crisis Pregnancy Centers (CPCs).

Warren and Sen. Cory Booker (D-NJ) have both advocated for legislation designed to target these organizations, claiming that they use deceptive means to lure mothers into their buildings where they are persuaded not to go through with the abortion. Can’t have these people cutting into Planned Parenthood’s profits, right?

But now, seven high-profile Democrats are spreading another lie about CPCs, claiming, without evidence, that they serve as surveillance operations for red states that passed pro-life laws after the overturning of Roe.

Heartbeat International is a global pro-life organization supporting the largest network of CPCs worldwide. It has over 2,000 affiliates in 50 countries and has been instrumental in saving the lives of children – which is why Warren and her ilk despise the group.

“After luring pregnant people – many in desperate situations – to affiliate CPC facilities by using a variety of false and misleading tactics, Heartbeat International then collects a significant amount of their personal health care information, which in many cases does not appear to be protected by the Health Insurance Portability and Accountability Act (HIPAA),” the letter claims. “We fear that, in the wake of the Supreme Court’s Dobbs v. Jackson Women’s Health Organization decision that stripped women of their right to an abortion, this information may be used to put women’s health and freedom to choose in jeopardy, and to put them and their health care providers at risk of criminal penalties.”

The lawmakers go on to describe how CPCs collect data from women who visit their centers and intimate that these organizations are working as arms of the state in areas of the country that outlawed abortion after the Roe decision. They wrote:

Patient data privacy has become a significant concern in the aftermath of the Supreme Court’s decision in Dobbs v. Jackson Women’s Health Organization, with advocates worried that, in states that have banned or severely restricted abortion, “the CPC industry is now functioning as surveillance infrastructure for the anti-abortion movement, amassing data that could be used in pregnancy- and abortion-related prosecutions post-Roe.”

The quote in this passage is from a report compiled by The Alliance titled “The CPC Industry as a Surveillance Tool of the Post-Roe State.” Of course, the authors who wrote the report provide no evidence to back up their claim that CPCs are performing surveillance of mothers on behalf of the state.

The lawmakers also contended that Heartbeat International “is not under any legal obligation to maintain the confidentiality of this information, or keep it out of the hands of abortion bounty hunters” because its affiliates are not medical facilities.

The “bounty hunter” term is a reference to Texas’ abortion law which allows private individuals to file lawsuits against people who perform or help to perform abortions while offering rewards to those who decide to sue.

At no point in its letter do these lawmakers substantiate their allegations against Heartbeat International or other crisis pregnancy centers. Indeed, the pro-abortion crowd has scant evidence that the majority of CPCs engage in deceptive practices. But the reason why they are pushing these lies is obvious: CPCs are very skilled at what they do.

These organizations provide a variety of services for women who unexpectedly become pregnant and are in need of resources. They provide counseling, pregnancy tests, ultrasounds, classes on prenatal care, and much more. They also give out diapers, formula, baby food, and other items that mothers need.

“Over a five-year period beginning in 2016, pregnancy resource centers reportedly saved an estimated 828,131 lives, and in 2019 alone, they served almost 2 million people,” according to The Daily Signal.

The volunteers serving at these centers have helped millions of mothers who chose not to abort their children. No wonder Democrats wish to see them shut down.

“What we do is safe, secure, and legal,” Godsey told The Daily Signal. “Heartbeat has been providing help for more than 50 years and never once did we receive any of these questions or concerns until recently, and then from those with a clear abortion agenda. It’s politics, and we regret only that it’s a distraction to our important work of helping women find alternatives to abortion.”

This is just one of several attacks the pro-abortion crowd has made on CPCs. So far, far-leftist extremists have carried out 70 attacks against these and other pro-life organizations since the overturning of Roe. So far, their assaults have amounted to vandalism and property damage. But it is not beyond the realm of possibility for these folks to escalate their operations and start targeting people.

Nevertheless, Democrats have not so much as condemned the attacks. It appears they aren’t so concerned about political violence as they would have us believe.

There Are Only 2 Genders (3rd Edition) | Change My Mind