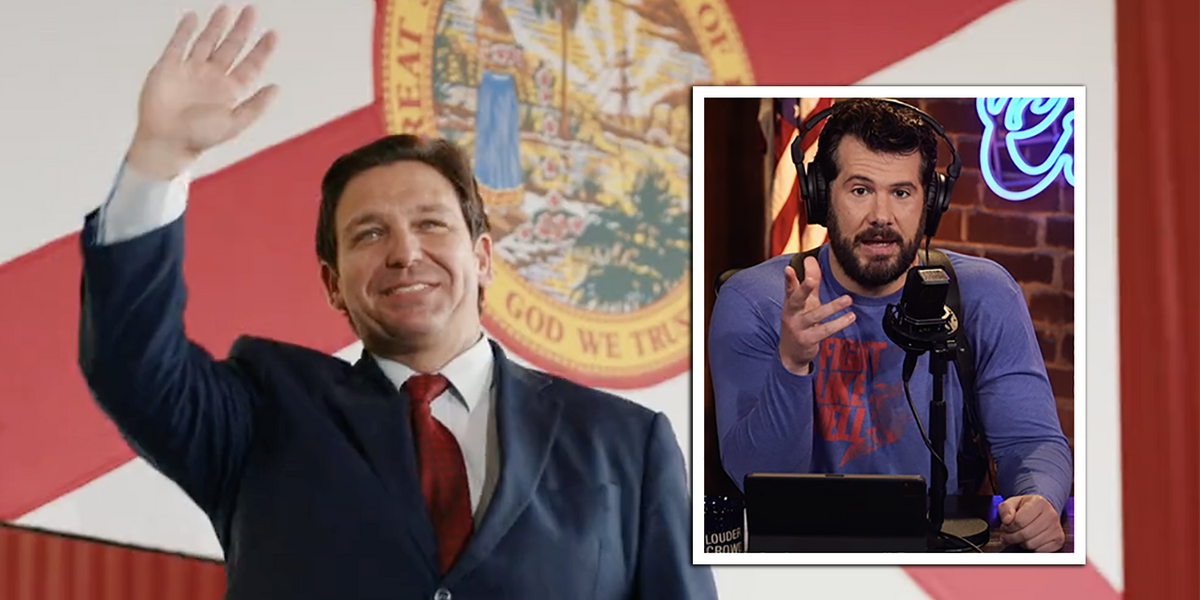 The left is apoplectic! They’ve been adamant about their support for illegal immigration, but that support has been tested by several red state governors. Most notably, America’s Governor Ron DeSantis recently flew a small group of 50 illegal immigrants to a popular, deep blue vacation destination that purported to be a sanctuary city for illegal migrants.

After the people of Martha’s Vineyard quickly stuffed those migrants into buses and shipped them elsewhere so they wouldn’t have to look at them for another second–while simultaneously claiming they’ve been indelibly changed by having been in the same general vicinity of them–the whole of the Democratic Party and their allies in the legacy media have rushed to target Ron DeSantis as the worst person since Donald Trump.

He “kidnapped” those migrants. He “trafficked” them to Martha’s Vineyard against their will. He “lured” them with lies and promises. That’s what they’re saying… Except, it’s all complete and utter bullsh*t.

It isn’t just that the left is lying about Ron Desantis. They’re doing so by totally ignoring what their own party has done until this point. They’re not focusing on how the Biden Administration has effectively ignored the southern border with the help of the media which has allowed for the situation at the border to get out of hand. They’re also ignoring the statements made by Democratic politicians in, say, New York, Washington, DC, and Chicago, who have all stated that their large cities are unable to take care of the few migrants who have been sent there.

The left would rather lie to Americans and tell them to ignore what’s going on. All the while, they’d like the towns and cities along the southern border to take in all the migrants because they don’t want to deal with any of them.

DERRICK MORGAN And MIKE MCKENNA: Climate Money Is Pouring Into Washington — Watch Out For The RINOs

“My Boy Is Dead From The Vaccine, F **K YOU!” Angry Dad Tells Trudeau