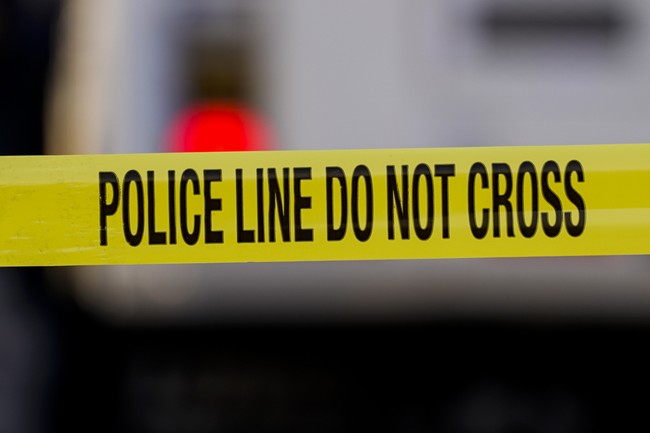 Kelvin Blowe was shot and killed in Washington, D.C. on the same day the city council voted unanimously to pass a bill he advocated for that reduces penalties for serious offenses such as robbery, burglary, carjackings, and carrying a firearm without a license.

The Washington Post reports Blowe had spent over five years in prison for robbery and the experience “instilled in him a passion to right inequities he believed he encountered.”

After getting out, he joined DC Justice Lab, one of the groups that pushed to overhaul the city’s criminal code. He testified in support of the proposed bill in December.

The Marine Corps veteran, who was diagnosed with PTSD, was working as a security guard and was taking coworkers home last week when he was shot and killed when a gunman “emerged from a stolen car after a crash with Blowe. Authorities said they believe Blowe also possessed a weapon, as they recovered a gun next to his body…Blowe’s family said they did not know he had a weapon.”

After the crash occurred, Blowe got out and approached the car when he was then shot. It is not known if Blowe pointed his firearm at them. The suspects fled the scene and have yet to be found.

“It is very difficult to accept that someone who survived the worst of what we have to offer — sent off to the military, sent off to prison — couldn’t survive living on the streets of D.C.,” Patrice Sulton, a civil rights lawyer and executive director of the DC Justice Lab, told the Post “He dedicated himself to preventing the exact kind of harm that befell him.”

“The bill passed earlier this week, reduces the mandatory minimum sentences, which are already lenient for gun offenders [and] felons in possession of illegal guns,” D.C. Police Union Chief Shop Steward Adam Shaatal said in reaction to the news.

Republicans in both the House and the Senate have voiced opposition to the bill that was approved this week. Rep. Jame Comer (R-KY), ranking member of the House Oversight Committee, previously told Townhall they will work to prevent the bill from becoming law should Mayor Muriel Bowser signs it since they have jurisdiction over the city.