Tens of thousands of ‘Czech Republic First’ protesters are on the streets of Prague demanding their government adopt a neutral posture in the Ukraine war as energy prices go out of control.

The protesters are described by the Associated Press news agency as “from the far right and far left”, with the anti-mass migration Freedom and Direct Democracy party and the Communist Party both represented, and numbered around 70,000, according to law enforcement.

They have condemned Prime Minister Petr Fiala’s government, which has been in office since December last year, and called for its resignation, accusing them of putting Ukrainian interests ahead of Czech interests.

“The best for Ukrainians and two sweaters for us,” one banner at the protest read, alluding to what are likely to be punishing energy bills come the winter, and the fact that the country of around 10 million has absorbed around 400,000 Ukrainian refugees.

NATO and the European Union, of which Czechia currently holds the rotating presidency, were also criticised — the latter for its net-zero climate agenda, in particular.

Prime Minister Fiala, who has previously compared the Russian invasion of Ukraine to Soviet tanks crushing the Prague Spring in 1969, alleged the protest had been organised by ” pro-Russian people close to extremist positions and whose interests run counter to those of the Czech Republic.”

“It is clear that Russian propaganda and disinformation campaigns are present on our territory and that some people are simply listening to them,” added the Czech leader, whose government survived a parliamentary vote of no-confidence over energy prices on Friday.

Fiala’s government became the first in NATO to ship tanks to Ukraine in April this year. 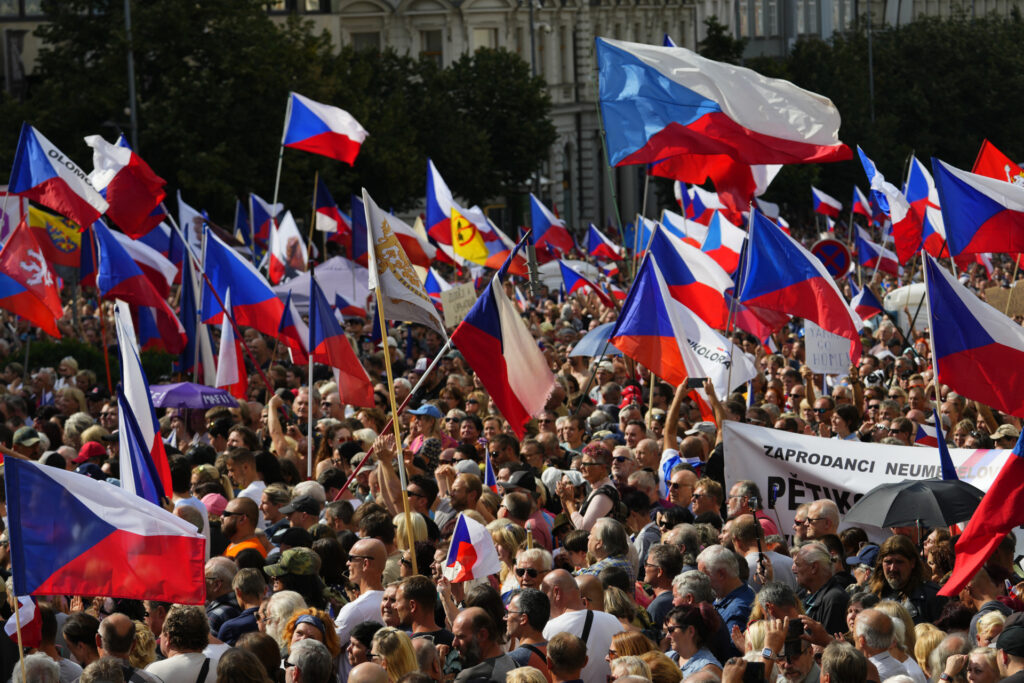