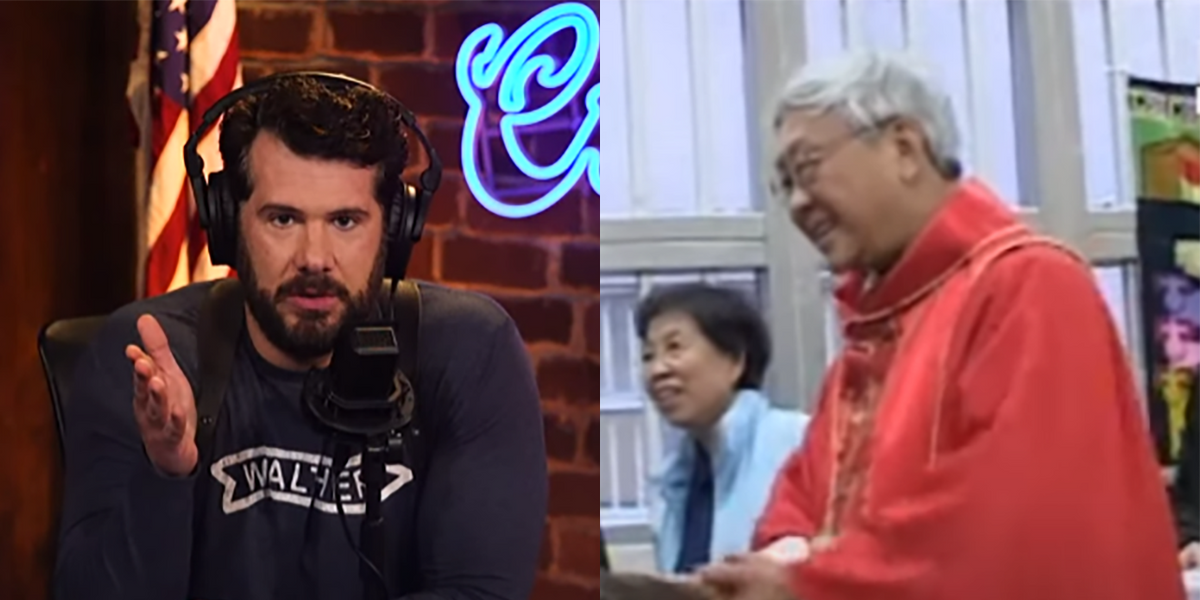 There’s a story that isn’t getting enough play right now, and it involves the situation right now surrounding Cardinal Joseph Zen, who has been arrested by the Chinese government for aiding is raising funds to help pay the legal costs of individuals arrested during the pro-democracy protests that took place in 2019. If all of that wasn’t bad enough, the Vatican is inexplicably silent on the subject. Rather, what they have said in regard to the situation has been anodyne, noncommittal, and platitudinous.

But why wouldn’t the Vatican come to the defense of their clergy? It seems quite odd. Crowder took a moment to dive into a possible explanation.

The handling of this situation isn’t to be laid at the feet of every Catholic. This isn’t a matter of the faith or the desires of those who adhere to the faith. This is inaction on the side of the political entity that exists within the church. This is a matter of the actions or, in this case, the inaction of the pope. This is about one of the most powerful entities on the planet sitting quietly as one of their own is persecuted by one of the most oppressive regimes on the planet–if not THE MOST oppressive regime.

This country was and remains, generally, upset that some otherwise unknown WNBA player was jailed for bringing drugs into Russia, but there’s been no such outrage in the case of Cardinal Zen. Why is that? I have my suspicions, but I’ll keep those to myself for now. Regardless of the reasons behind the silence, it’s wrong–so very, extremely wrong.