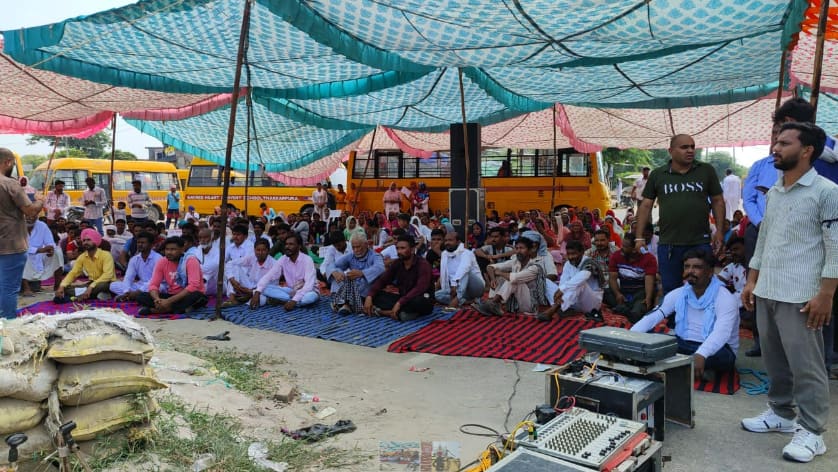 Chandigarh: Why a large number of Sikhs and Hindus in Punjab are taking momentous decisions of embracing Christianity despite having grown up in their respective religions even as a majority of them continues to observe religious festivals and practice traditions of the faith of their birth despite relinquishing  it to adopt Christianity?

The recent incidents of disruption of a Christian’s religious function by a group of Nihangs in Daduana village near Amritsar and the beheading of statues of Jesus Christ and Mother Marry in Thakkarpura village in Tarn Taran district by unidentified miscreants have brought focus on embracing Christianity by Sikhs and Hindus -largely belonging to backward classes and scheduled castes.

After Daduana village incident, police booked over one hundred persons, mostly Nihangs, under section 295 IPC following which the Jathedar of Sikhs’ supreme temporal seat Giani Harpreet Singh intervened and asked the Punjab government to immediately drop cases against the Nihangs. A day after his appeal, four unidentified persons entered the Infant Jesus Catholic Church, Thakkarpura in the Tarn Taran district, tied up the watchman at gunpoint, and mutilated Pieta, the statue of crucified Jesus in the arms of his mother Mary.

The incident sparked protests from the local Christian community which blocked the Patti-Khemkaran road demanding justice but lifted the dharna after assurances by police to nab the culprits.

Bishop Angelo Gracias of the Diocese of Jullundur said the Christian community had been quite disturbed by the incident. He said a number of people of other faiths joined them as an expression of solidarity with Christians.

The Diocese of Jullundur has also announced to keep all the convent schools under its administration to remain closed on September 1 as a mark of protest and hold prayers for one hour in each church on Friday and take out a candlelight peace procession in each Deanery on Saturday evening.

Those analyzing the situation see deep-rooted conspiracies behind disturbing incidents which have the potential to disrupt the peace of the state and bring the onus of failure of law and order on the ruling party which could give political benefit to oppostion political parties.

Though some of the Christian missionaries and independent churches are blamed for giving various enticements including miraculous healings, jobs, financial help etc., to poor class Sikhs and Hindus and convincing them to adopt Christianity, the Christian religious leadership denies the same and argues that those who adopt Christianity are doing so due to their faith in Jesus Christ and the teachings of Bible.

How Christianity Came to Assisi

James Cameron’s Avatar Is Back in Theaters

At Least 125 Killed in Riot, Stampede at Soccer Game in Indonesia