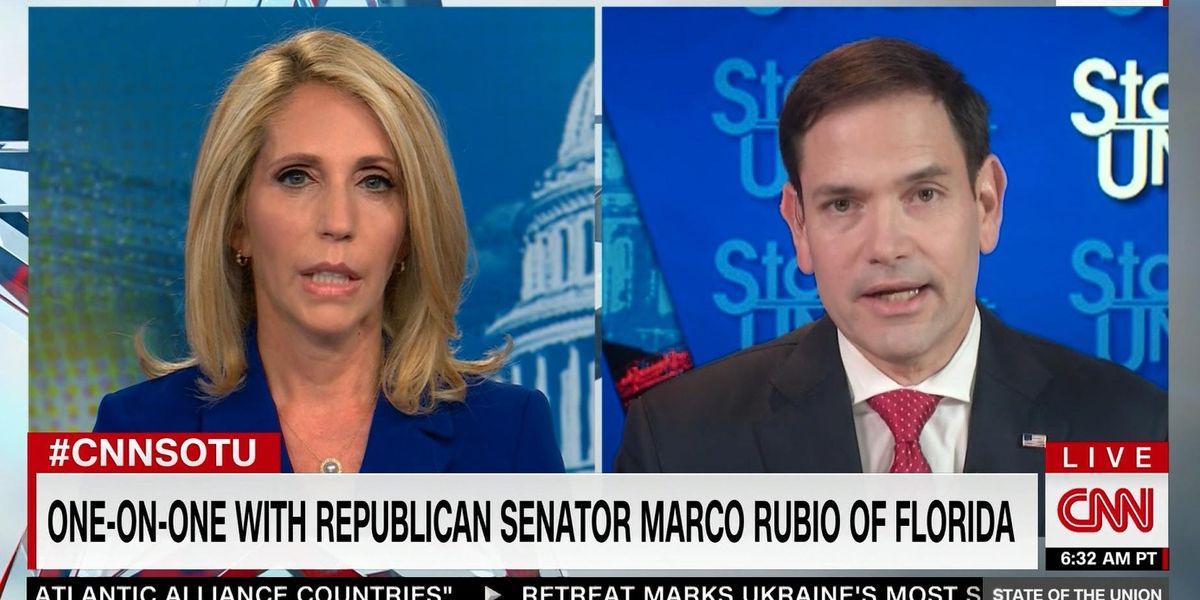 CNN host Dana Bash attempted to corner Sen. Marco Rubio (R-Fla.) as a hypocrite on Sunday, but her attempt fell flat and she eventually expressed agreement with his position.

Interviewing Rubio on CNN’s “State of the Union,” Bash tried to corner Rubio for requesting federal assistance for his constituents after Hurricane Ian ravaged Florida despite opposing the major relief bill after Hurricane Sandy.

“After Hurricane Sandy hit northeastern states in 2012, you voted no on a $50 billion relief package,” Bash said. “Why should other senators vote for relief for your state when you didn’t vote for a package to help theirs?”

“I have always voted for hurricane and disaster relief. I have even voted for it without pay-fors,” the senator began.

“What I didn’t vote for in Sandy is because they had included things like a roof for museum in Washington, D.C., for fisheries in Alaska — it had been loaded up with a bunch of things that had nothing to do with disaster relief,” he added. “I would never put out there that we should go use a disaster relief package for Florida as a way to pay for all kinds of other things people want around the country.”‘

Bash responded that in preparation for the interview, she read the Congressional Research Service report that detailed how the Sandy relief money was spent, asserting it was responsibly allocated.

Without allowing Rubio to address her claim, she asked another question: Will you oppose relief for Florida if lawmakers stuff a relief bill with pork?

“I will fight against it having pork in it. That’s the key,” he responded. “We shouldn’t have that in there because it undermines the ability to come back and do this in the future.”

Despite posing the gotcha question, Bash agreed with Rubio that loading disaster relief bills with “pet projects” is a good way for a relief bill never to see the light of day.

What about the Sandy relief bill?

The newspaper claimed that “virtually all of [relief funding in the bill] was related to the damage caused by Sandy,” but, on the other hand, admitted the bill included “other 2012 disaster funding” and “some eyebrow-raising provisions.”

Importantly, the Post also noted that a Congressional Budget Office score of the bill showed that “the money would be spent relatively slowly — 30% by September 2014 and 80% by September 2017” and the remaining expenditures coming a decade after Sandy.

Inflation Is Your Fault – RedState

The Whimsical Intersection Of Joan Didion And William F. Buckley