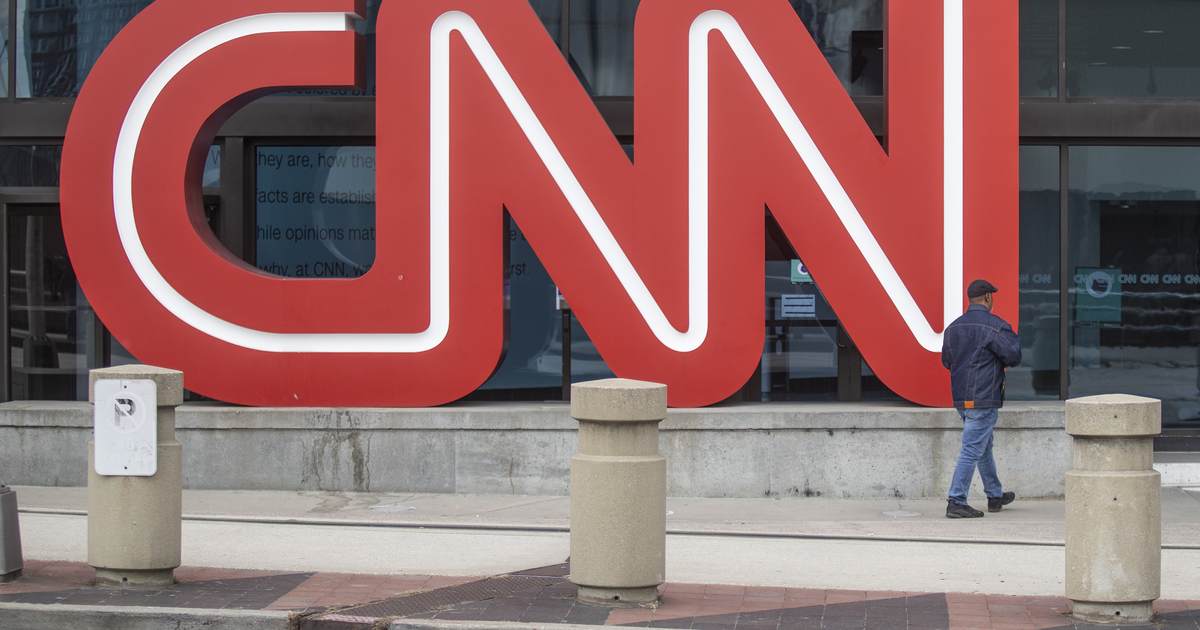 We’ve been writing about how there may be a change afoot at CNN with an effort to move away from being just Democratic scribes to push out the propaganda. It remains to be seen if they are truly going to make that change.

But after Joe Biden’s despicable speech in Philadelphia and the evil aspects of it, at least two of the CNN people pointed out one of the big problems with the speech. They didn’t call out the biggest problem — attacking millions of Americans at the birthplace of the Republic and inciting people against them. But they did note one big issue. In a speech that was a purely political attack on the opposing party, Biden stood there against a blood-red background that looked both Nazi-like and hellish, backed up by U.S. Marines. He was dragging the Marines into his political move, which was completely inappropriate on his part.

There’s nothing unusual or wrong with a President delivering a political speech — it’s inherent in the job description — but doing it against a backdrop of two Marines standing at attention and the Marine Band is a break with White House traditions. pic.twitter.com/s3TSYHtkcA

CNN’s “New Day” host Brianna Keilar also called it out, saying it was wrong to drag the Marines into a political event.

Whatever you think of this speech the military is supposed to be apolitical. Positioning Marines in uniform behind President Biden for a political speech flies in the face of that. It’s wrong when Democrats do it. It’s wrong when Republicans do it.

“Whatever you think of this speech the military is supposed to be apolitical,” she said. “Positioning Marines in uniform behind President Biden for a political speech flies in the face of that. It’s wrong when Democrats do it. It’s wrong when Republicans do it.”

I don’t recall Republicans ever doing it.

But you know that when CNN is even pointing out the problems, that it may just be a backfire.

Again, from #CNN. This is a backfire for the ages. https://t.co/WSyUKFmCT2

But Keilar’s comment immediately set off the crazies on the left, who don’t want Democrats to be called out when they’re doing anything wrong. If you do, you are committing sacrilege, even if you’ve parroted the narrative as CNN has so much in the past. The left began flipping out that CNN could say something that was against the Democratic narrative.

Brianna is hoping Chris Licht reads this tweet and gives her the 9 PM https://t.co/9eH1RHgGDZ pic.twitter.com/v95TDT13U5

CNN’s Brianna Keilar just attacked Biden for having Marines positioned behind him during his speech. She said the military shouldn’t be “politicized.” They’re not. The military stands against Fascism and they support the President. CNN stands against Biden and supports Fascism.

Whoops, now you’re with the “fascists”–which is anyone who is not with Biden, according to the left. That’s where this is going.

They’re now canceling her for daring to point out the truth.

The Washington Post’s Jen Rubin is of course always going to be wrong.

insane whataboutism is the new CNN. Marines are at the WH when the president speaks. Is this new to CNN??

It’s improper, and this wasn’t at the White House, Jen. And using the military to show power when you’re delivering a fascist speech like this is a very bad look.

Ah, but the left’s tears were sweet over the fact that they don’t have complete control over all the media, when they see things like this from CNN.