What Should Christians Know about Grief Counseling? 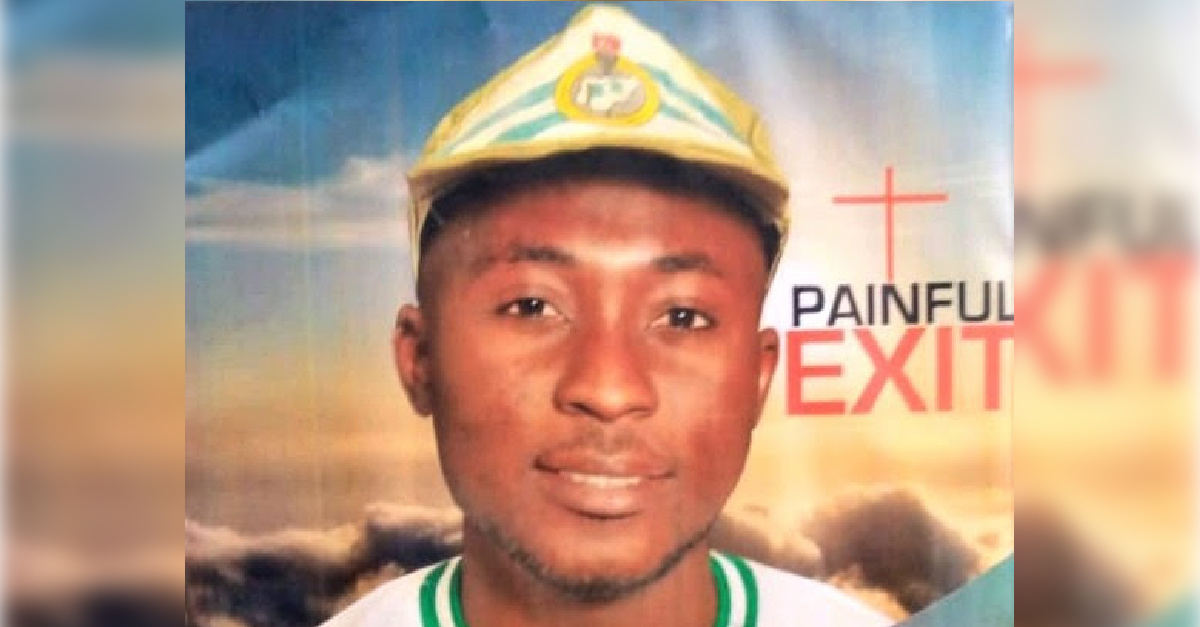 ABUJA, Nigeria, September 2, 2022 (Morning Star News) – A Christian posted in Yola, northeast Nigeria, as part of his youth service corps duty was killed on Aug. 26 in what was suspected as a targeted attack, sources said.

Samaila Sabo Awudu was assaulted by at least five men with machetes at about 1:30 a.m. in his room at living quarters for members of the National Youth Service Corps (NYSC) stationed in the capital of Adamawa state. He was 28.

University and polytechnic graduates in Nigeria are required to provide one year of national development service with the NYSC, and Awudu, a resident of Taraba state, was serving at the Elkanemi College of Islamic Theology in Yola, his brother said.

Members of the NYSC have been targeted in violent crimes in various parts of Nigeria, but in Awudu’s case the killers somehow reportedly locked the doors of the other corps members before assaulting him with machetes and leaving him for dead.

Awudu’s brother, Ephraim Haruna Sabo, told sympathizers at the funeral at the family compound in Gindin Dorowa, Wukari County, Taraba state this week that corps members had told family members about the attack, according to a text message Morning Star News received from area resident Benita John, who was present in their home for the service.

“We were told by some of his colleagues, corps members, that a group of five armed Muslims attacked him when they broke into his residence at the NYSC lodge in Yola and cut him with machetes,” Sabo told sympathizers, according to John. “He was taken by police officers who went there to the Federal Medical Centre, Yola, where he died.”

Awudu had graduated from the Federal University, Wukari, Taraba state, with a biochemistry degree, Sabo said.

The Rev. Philip Agbu, pastor of the Christian Reformed Church-Nigeria (CRC-N) congregation in Gindin Dorowa, told mourners Awudu was a committed member of the church and had “lived an exemplary life, worthy of emulation.”

Awudu’s brother, Sabo, said at his funeral that he was an easygoing person who would not harm anyone.

Awudu “had endured the rigors of growing up and schooling, only for his life to be cut short just when we his family members were beginning to look up to him for support,” Sabo said. “His death will no doubt negatively affect us his family and the Christian community here.”

Jingi Denis, Adamawa state director of the NYSC, addressed mourners at the funeral. Awudu’s death “is a loss to the whole country,” Denis said. “It’s very sad, and we do not know why he was attacked because investigation is still ongoing.”

Suleiman Ngoruje, superintendent of police of the Adamawa State Police Command, said in a statement on Monday (Aug. 29) that officers are searching for the killers.

Danjuma Usman Shiddi, a member of Nigeria’s parliament, the National Assembly, said in a statement on Sunday (Aug. 28), “We are engaging with the relevant security services and the criminal justice administration players to ensure justice for the deceased, his immediate family, our community and constituents.”

Nigeria trailed only China in the number of churches attacked, with 470 cases, according to the report.

In the 2022 World Watch List of the countries where it is most difficult to be a Christian, Nigeria jumped to seventh place, its highest ranking ever, from No. 9 the previous year.

If you would like to help persecuted Christians, visit http://morningstarnews.org/resources/aid-agencies/ for a list of organizations that can orient you on how to get involved.

If you or your organization would like to help enable Morning Star News to continue raising awareness of persecuted Christians worldwide with original-content reporting, please consider collaborating at https://morningstarnews.org/donate/?

What Should Christians Know about Grief Counseling?

75 Percent of Americans Want Kindness and Unity in Politics: They’re ‘Tired of the Nastiness’: Poll

Why Do We Not Feel ‘Good Enough’?

The Southernization of American Evangelicalism (and American Christianity)