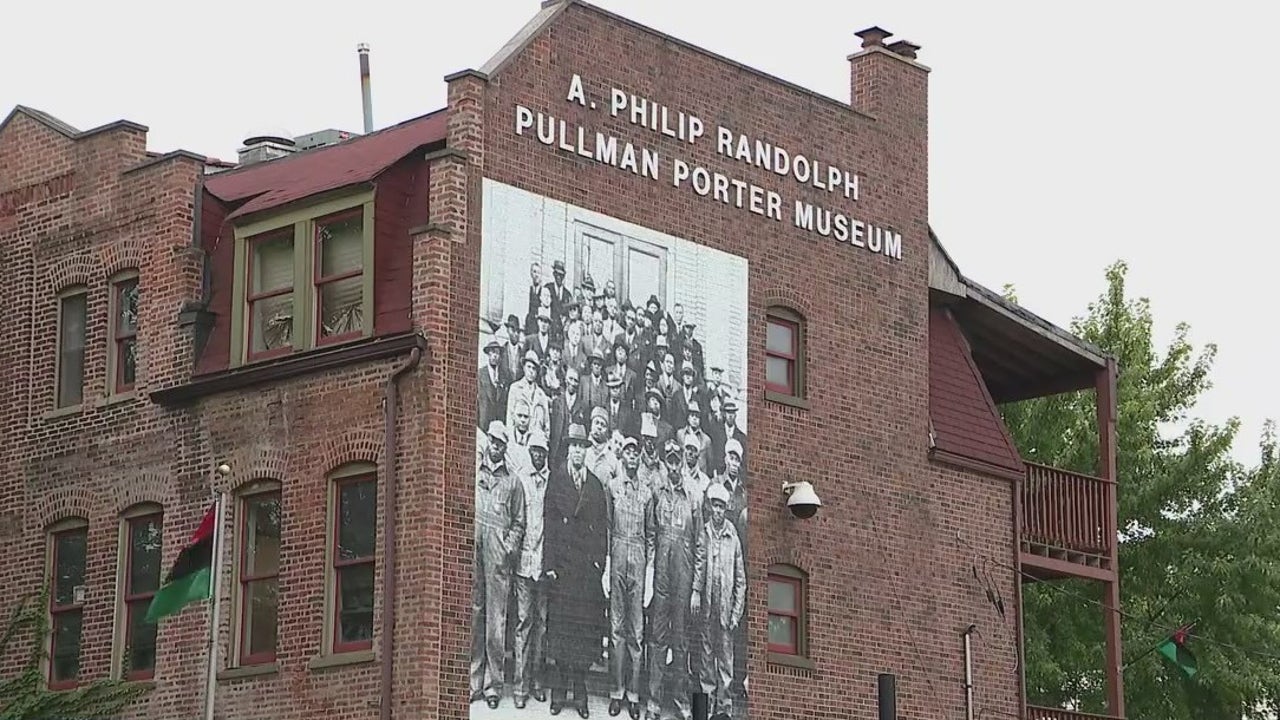 They rode the rails by the thousands, making both African American and labor history.

CHICAGO – They rode the rails by the thousands, making both African American and labor history.

Now, a museum dedicated to telling the story of the Pullman Porters is planning a major expansion on Chicago’s Southeast Side — and a big part of that story involves the American labor movement.

Dozens of community leaders and politicians attended a groundbreaking ceremony Monday outside the A. Philip Randolph Pullman Porter Museum at 104th and Maryland — and there’s a reason they did it on Labor Day.

“A lot of people don’t know, Labor Day started here in the 9th Ward, in our community,” said 9th Ward Alderman Anthony Beale. “So we need to promote that history and that’s what this museum does.”

The museum first opened in 1995 to tell the story of the thousands of African Americans who worked as porters on Pullman sleeping cars, starting shortly after the Civil War and lasting well into the 20th century.

For many, the jobs served as an entry point into the American middle class.

“They stressed the value of education and instilled in their children self-pride, self-discipline and the spirit of unity and caring about their community,” said museum founder Dr. Lyn Hughes.

In 1937, the Pullman Porters made labor history by forming the first African American union, which was later instrumental in the Civil Rights movement.

The tiny museum has been getting new attention thanks to the new Pullman National Monument, about a mile to the south. The new attraction, run by the National Park Service, is helping fuel the expansion of the Pullman Porter Museum.

“We’re looking to double our footprint, so we’ll have another 1,800 square feet in a building right next door,” said David Peterson, the museum’s director. “It’s a $5.3 million project. Once again, it’s the Jesse Jackson Civil Rights wing, which will be the expansion of the museum.”

It’s a story that hits home for Cook County Commissioner Donna Miller, whose great-grandfather was a Pullman Porter.

“Families were made stronger by these jobs,” Miller said. “Grandpa Norman was able to see my grandfather become a Colonel in the US Army. See his great-granddaughter graduate from college. He was at my graduation.”

Pullman Porter Museum leaders say they hope to complete the physical expansion of the museum by next Labor Day and expect it will draw an additional 300,000 visitors a year.

How Muslim American candidates made history in the midterms

Delicious Gifts for the Food-Obsessed