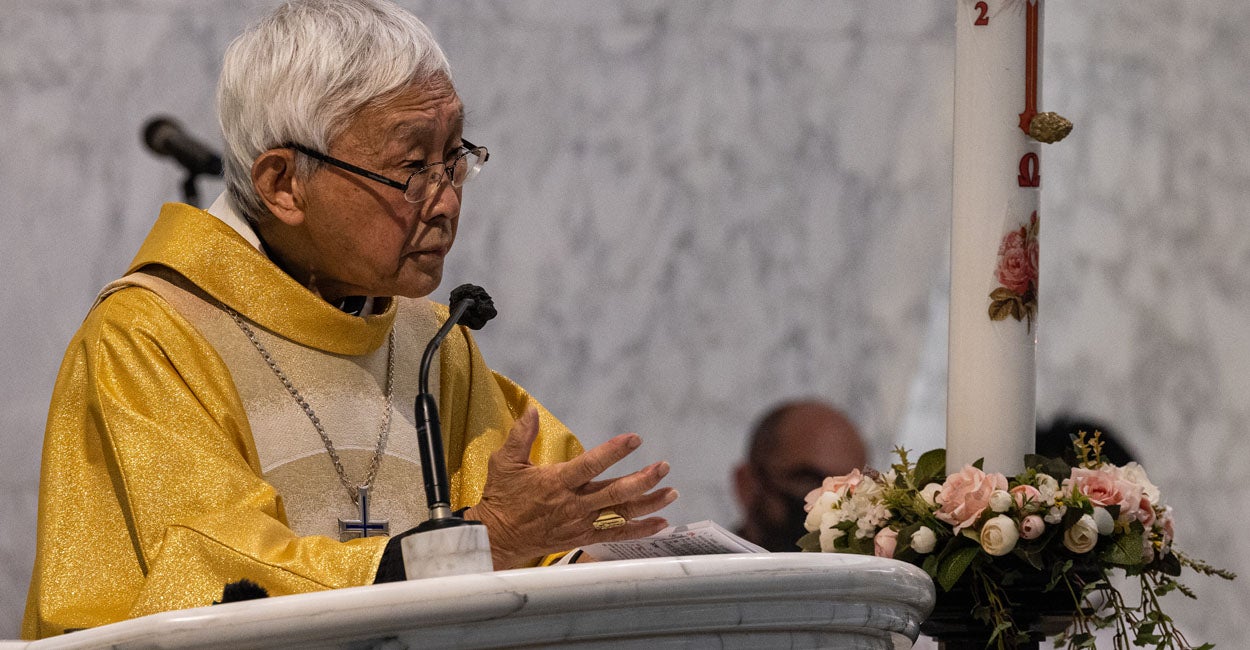 The much-anticipated trial of Cardinal Joseph Zen, a widely respected senior Catholic clergyman in Hong Kong, has been delayed until Sept. 26 from a scheduled start this week.

Zen and five others are charged in Hong Kong with failing to apply for “local society” registration for their former nonprofit, the 612 Humanitarian Fund, between July 16, 2019, and Oct. 31, 2021. Their fund offered financial and legal aid to pro-democracy protesters in Hong Kong opposing a controversial bill that would have allowed extradition to mainland China in 2019.

Zen, 90, has been a consistent advocate for greater freedom and democratic reforms in Hong Kong, as well as a staunch critic of the Chinese Communist Party. He was ordained in 1996 and became a bishop in 2002, leading a diocese with over 400,000 Catholics.

Zen, named a cardinal by Pope Benedict XVI in 2006, became known as a champion of freedom. Never fearful of sparking the ire of Chinese officials, he held Masses to remember the 1989 Tiananmen Square Massacre. Now, he is looking at the possibility of a fine or jail time for his activism.

Several prominent pro-democracy activists—including Jimmy Lai, Joshua Wong, and Agnes Chow—already have been jailed on criminal charges stemming from protests in 2019. During the protests, Hong Kong was still a semi-autonomous city with much greater political and economic freedoms than in mainland China.

These freedoms were key to the city’s thriving economy and robust civil society. Sadly, measures taken by the central Chinese government began to erode this distinction, culminating in the infamous national security law. It was intended to crush dissent, and has been effective to that end.

In 2019, the entire world heard loud and clear the demands of hundreds of thousands of Hong Kong protesters who wanted more democracy and resisted mainland China’s influence. These days, it is rare that pro-democracy figures in Hong Kong participate in international public discourse. Pro-democracy advocates largely have been harassed and terrified into silence. Religious freedom too is in peril.

The trial of Zen and fellow activists is meant to make an example of them. Why else would the government bother issuing criminal charges against a 90-year-old cardinal who is beloved among human rights advocates and well-known to international media?

The 612 Humanitarian Fund, for which they were charged, is already defunct. The charges against Zen and his compatriots prove that Hong Kong is not the city it once was. It is now Communist China through and through.

Although Hong Kong has faded from the international headlines, it is critical that we remember what the Chinese government has done there. As China seeks to expand, the territories in which it exerts more power can expect any political freedoms to fade as well—and quickly. This is particularly relevant for Taiwan.

The Chinese government has been increasingly aggressive toward its island neighbor, which Beijing claims as its own territory. Yet, Taiwan has some advantages that Hong Kong did not. Taiwan is fully self-governing, rather than partially, as Hong Kong used to be.

The United States partners with Taiwan’s military and has a strategic interest in seeing Taiwan remain self-governing. For many Taiwanese people, being governed by China is unthinkable, and one need look no further than Hong Kong to see why.

Yet, the Biden administration has sent mixed signals regarding Taiwan, a small but mighty ally. For the fourth time, in a “60 Minutes” interview that aired Sunday, President Joe Biden vowed to mobilize American forces to defend Taiwan if China’s military invaded. Once again, White House aides walked back Biden’s statement, telling “60 Minutes” that U.S. policy on Taiwan had not changed.

The Biden administration seems not to have a consistent policy, or perhaps Biden’s policy is different from that of White House staffers who keep walking back his comments. Regardless, Biden’s comments ought to be encouraging to Taiwan as its people observe the fate of Hong Kongers and pro-democracy protesters with whom they deeply sympathized in 2019.

Taiwan was able to offer some Hong Kong protesters refuge when Hong Kong’s national security law went into effect. Let us hope they can be that safe haven for decades to come.

Zen’s trial, now set to begin Sept, 26, freedom lovers around the world should speak out boldly for this faithful leader, who has championed faith for so many. The fall of Hong Kong will go down in the history books, but we must not forget that its people right now are suffering the disappointment of having lost freedom.

This article was originally published by The Washington Stand.

Have an opinion about this article? To sound off, please email letters@DailySignal.com and we’ll consider publishing your edited remarks in our regular “We Hear You” feature. Remember to include the URL or headline of the article plus your name and town and/or state.