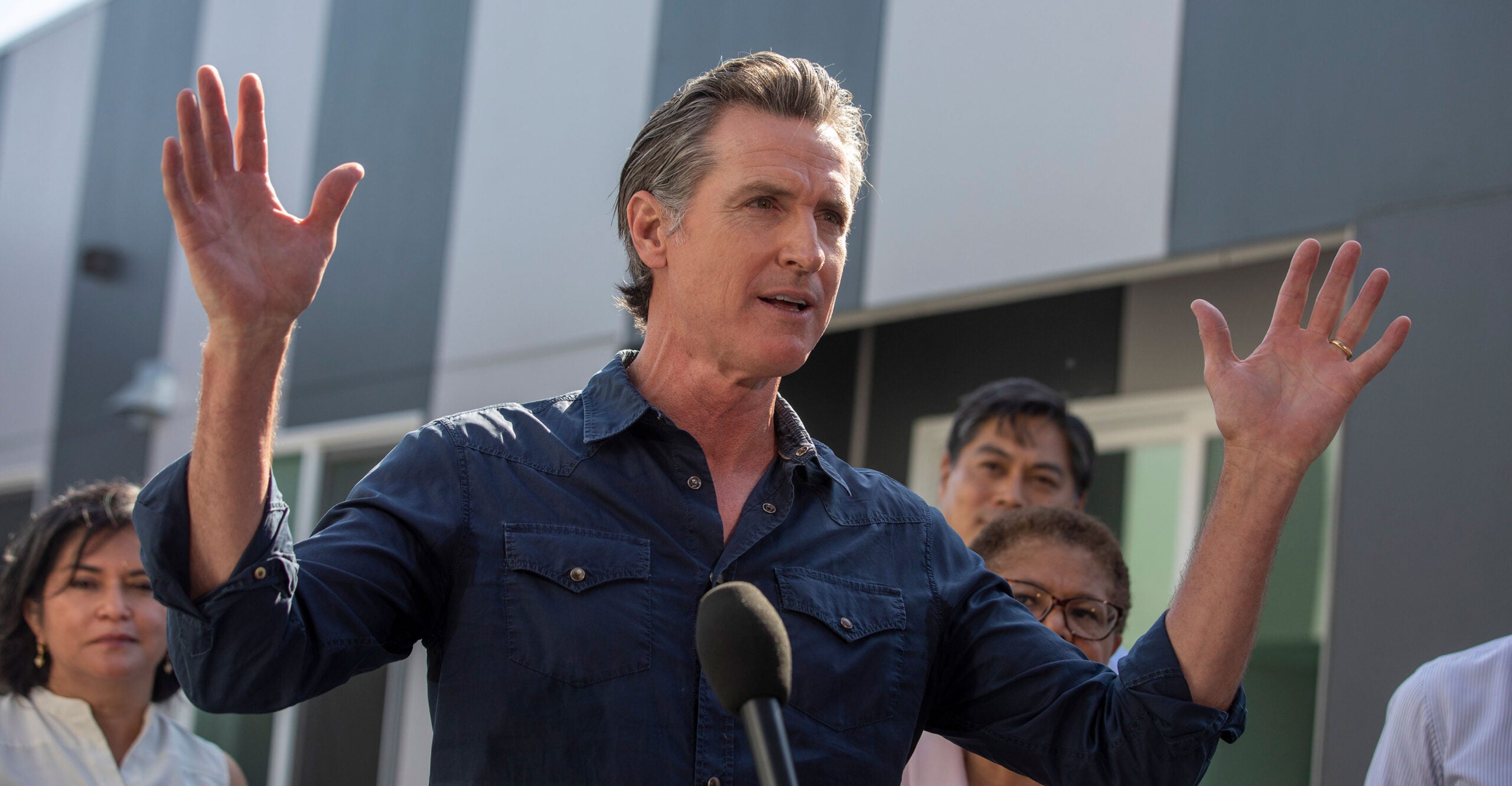 A branch of COVID-19 fundamentalists have managed to get an extremist bill through the California legislature that would put doctors’ free speech at risk.

The legislation would require the state’s Osteopathic Medical Board to “take action” against doctors deemed to have “disseminate[d] misinformation or disinformation related to COVID-19, including false or misleading information regarding the nature and risks of the virus, its prevention and treatment; and the development, safety, and effectiveness of COVID-19 vaccines.”

The bill defines “misinformation” as that which is “contradicted by contemporary scientific consensus contrary to the standard of care.”

The legislation, which needs to be signed by Democrat Gov. Gavin Newsom to become law, is alarming because of the severe adverse effects it will have on doctors’ ability to care for patients. It is also patently unconstitutional.

First, “scientific consensus” in this context is a misnomer. Politicians—not to mention doctors and scientists—ought to have learned over the past two and a half years that consensus within the scientific community does not translate into truth about the world. Indeed, a man named Galileo, whom proponents of this bill should look into, taught us as much centuries ago. Besides which, stifling scientific debate means that any purported consensus is untested and artificial.

For example, after over a year of denying that naturally acquired immunity confers protection equivalent or superior to the vaccines, the Centers for Disease Control and Prevention has finally admitted that to be true and recommended against treating the unvaccinated differently. Had doctors and scientists been threatened with loss of their licenses for questioning CDC orthodoxy, the government might still be spreading falsehoods about naturally acquired immunity.

If questioning was banned, we also may never have learned just how simultaneously disastrous and pointless so-called mitigation strategies have proven to be. Responding to panic during the onset of the COVID-19 pandemic, figures such as Dr. Anthony Fauci and New York’s former Gov. Andrew Cuomo, a Demcorat, misused the word “science” to describe what would more accurately be termed a dogma: an adherence to a point of view about mitigation measures without respect to their downsides or consideration of whether the research established that they worked to quell the spread of the virus.

Two years ago, to question whether lockdowns were efficacious or moral was to commit heresy. Now, it is widely recognized that lockdowns failed to achieve the intended goal while causing enormous harm to society.

Despite attempts by CDC and other governmental entities to subvert the actual data, honest analyses prove that community masking is likewise ineffective. (Does anyone really think that walking into a restaurant with a face mask, only to take it down while eating and drinking, is anything other than performance art? Or that children can properly wear surgical masks for eight hours a day?) Yet to articulate such sacrilege at the beginning of the pandemic would result in ostracization from polite society.

Second, the notion that a definable scientific consensus exists or ever has existed about COVID-19-related issues (not to mention a host of other scientific questions) is a fallacy.

The media and various political actors created an illusion of unanimity on masks, lockdowns, and vaccine mandates. Early dissenting voices were shamed into silence, while the brave few who persisted in speaking out were persecuted professionally, socially, and in the press.

For example, the authors of the Great Barrington Declaration, a short treatise repudiating lockdowns on the ground that their devastating effects far outweigh any marginal benefit, were demonized in the press by government officials, including Fauci and Francis Collins, formerly director of the National Institutes of Health.

Although the Declaration, which was coauthored by Drs. Jayanta Bhattacharya, Sunetra Gupta, and Martin Kulldorff,  rapidly garnered over 10,000 signatures from scientists, few Americans heard about it. That was in no small part due to the efforts of Collins, Fauci, and other public health officials to silence debate about whether lockdowns are indeed an ethical and effective response to virus mitigation.

That, of course, raises the question: Who decides what is “scientific consensus?” Presumably, the “right answer” is that it’s precisely those agencies and government actors who, ironically, have been wrong time and again throughout the pandemic.

The right to free speech, enshrined in the First Amendment, prohibits the government from silencing Americans who disagree with it by subjecting them to legal or other negative consequences for voicing those perspectives.

The passage of this bill alone therefore creates a First Amendment violation of the highest order.

The new law will also have what is known in the First Amendment context as a chilling effect, meaning that people will self-censor for fear of the law’s consequences. Courts recognize this as a harm in and of itself when assessing First Amendment claims.

Already, many doctors and scientists have attested to doing just that throughout the pandemic. Now, knowing they will be subject to discipline for deviating from CDC guidance, they will do so even more. As Bhattacharya has written: “Doctors have an obligation to treat each patient as an individual. Yet the California Assembly bill turns doctors into agents of state public health rather than advocates for their patients.”

In short, the law is not only legally problematic, but it also prevents doctors from providing treatment tailored to individual patients, as they are ethically obliged to do.

The new law doesn’t just violate the rights of California doctors. It also abrogates the rights of their patients and the American public to hear their contrary views, a First Amendment corollary to the right to speak. The Supreme Court has explained that “the right to receive ideas follows ineluctably from the sender’s First Amendment rights to send them” as a “fundamental principle of the First Amendment is that all persons have access to places where they can speak and listen, and then, after reflection, speak and listen once more.”

This flagrantly unconstitutional legislation is yet another manifestation of an effort that began in March of 2020 to coerce Americans into compliance with government mandates by stifling debate and dissent. In intent and effect, it is anathema to everything the First Amendment stands for and is designed to protect. If it becomes law, courts must strike it down in no uncertain terms.