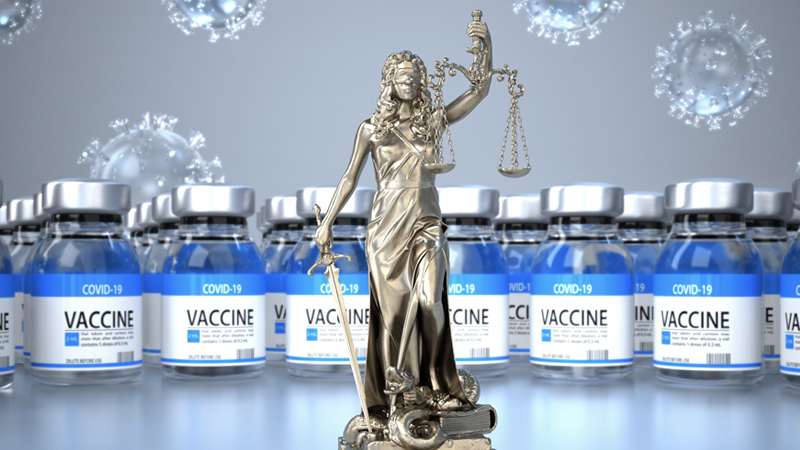 The Democrat-led California legislature approved a bill that would punish doctors who “spread misinformation” about the COVID-19 vaccine.

The bill, called AB 2098, would allow the California Medical Board to disbar physicians who deviate from the official COVID narrative.

From The New York Times:

The law would designate spreading false or misleading medical information to patients as “unprofessional conduct,” subject to punishment by the agency that licenses doctors, the Medical Board of California. That could include suspending or revoking a doctor’s license to practice medicine in the state.

While the legislation has raised concerns over freedom of speech, the bill’s sponsors said the extensive harm caused by false information required holding incompetent or ill-intentioned doctors accountable.

“In order for a patient to give informed consent, they have to be well informed,” said State Senator Richard Pan, a Democrat from Sacramento and a co-author of the bill. A pediatrician himself and a prominent proponent of stronger vaccination requirements, he said the law was intended to address “the most egregious cases” of deliberately misleading patients.

California’s Governor Gavin Newsom (D) has a few weeks to sign the bill, but he has not publicly stated his position on it as of this writing.

Should Newsom sign the bill into law, the state would then establish a “Disinformation Authority” that would investigate doctors for contradicting officially approved COVID treatments, such as prescribing ivermectin or hydroxychloroquine.

The legislation defines disinformation as falsehoods “deliberately disseminated with malicious intent or an intent to mislead.” Treading into the at times contentious debates over alternative, often unproven Covid treatments, the bill defines misinformation as spreading information “that is contradicted by contemporary scientific consensus contrary to the standard of care.”

It says doctors have “a duty to provide their patients with accurate, science-based information.” That would include the use of approved vaccines, which have been subject to fierce debates and political activism across the country, though there is broad agreement among medical professionals about their effectiveness.

A group of advocate doctors called Physicians for Informed Consent (PIC) filed a lawsuit seeking an injunction against this bill, saying it would “intimidate” doctors into silence instead of advising patients, and calling the bill’s definition of misinformation “hopelessly vague.”

“This bill is the epitome of medical censorship, which is what we’ve been yelling about for two years now,” Dr. Farella said. “This is a wedge that will be put between a patient and a physician against the physician’s oath to first Do No Harm.”

“This bill basically makes it a crime for a physician to give informed consent in regards to any vaccines, even if the patient asks a question to the physician. Any physician that engages in this will be considered for the removal of their license from the California State Medical Board.”

Another advocacy group called Californians for Good Governance noted the crisis is not over misinformation, but a “crisis of institutional credibility” since the COVID pandemic.

“The public has lost faith in the medical establishment, and censorship will not rebuild that trust. In fact, it’s the surest way to further erode that trust,” the group warned in June as the bill was being debated in the legislature.

We don’t need #AB2098 because there is no misinformation crisis. There’s a crisis of institutional credibility. The public has lost faith in the medical establishment, and censorship will not rebuild that trust. In fact, it’s the surest way to further erode that trust. pic.twitter.com/zHCoSlzfsN

Should Newsom sign the bill rather than veto it in the coming weeks, it will likely still face legal challenges due to its open disregard of the First Amendment.

“Initiatives like this will be challenged in court and will be hard to sustain,” said Michelle M. Mello, a professor of law and health policy at Stanford University. “That doesn’t mean it’s not a good idea.”

For the First Time in Its History, FCC Bans Import, Sale of Certain Tech Over National Security Risk

Elon Musk rips into Apple for pulling advertising and threatening to strip Twitter from its store: ‘Do they hate free speech in America?’

Anthony Fauci Urges Americans to Get COVID Tests Before Thanksgiving