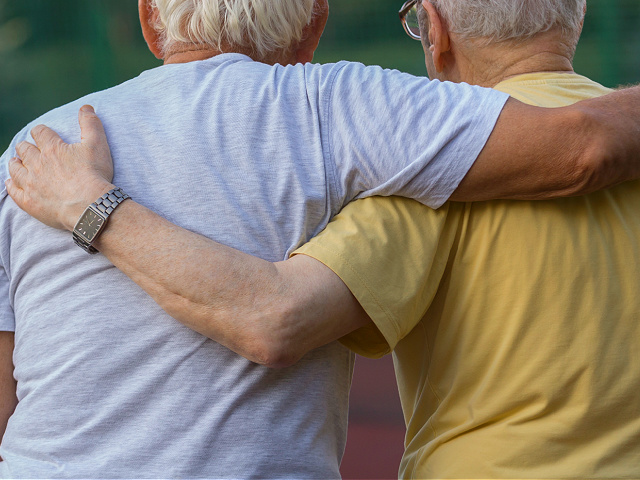 British brothers separated in 1945 have missed each other for years, but their dream of being together again has reportedly come true.

Eighty-three-year-old Ted Nobbs and 79-year-old Geoff have lived 10,000 miles apart for many years after their family split up toward the close of World War II, the Mirror reported Thursday.

Ted and his siblings Barry and John were separated from little Geoff when their mother died of cancer because their father was unable to care for the child.

Long-Lost Brothers to Be Reunited After 77 Years and 10,000 Miles, ‘I still can’t believe it’A pair of long-lost…

He was placed for adoption and later moved to Australia in 1951 with his adoptive family. Since that time, the three other siblings tried unsuccessfully to locate him.

Video footage showed Ted holding a photo of his beloved siblings. He pointed to Geoff and said, “He was adopted when he was two years old and I’ve never seen him.”

A few years ago after John passed away, Geoff found Barry and contacted him, which led to the siblings talking on the phone and online.

Geoff had wanted to visit England for Ted’s 80th birthday, but the coronavirus pandemic halted those plans.

However, they still celebrated and a large television played a video from Geoff in which he wished Ted a happy birthday.

“After that, I said ‘right I’ll go and see him then’. I fly out this weekend. I haven’t flown for 50 years,” Ted explained, adding he was flying alone because Barry could not due to health concerns.

Geoff, who made his home near Sydney, told the Mirror, “It’s going to be really emotional and overwhelming but I just can’t wait to give him a big hug.”

“I’m the only one of us who looks like our father. I can’t remember them as I was so young but to be back in touch after so long is quite remarkable really,” he added.

Von Miller To Miss Significant Time With Knee Injury. Do The Bills Still Have A Shot At The Super Bowl?