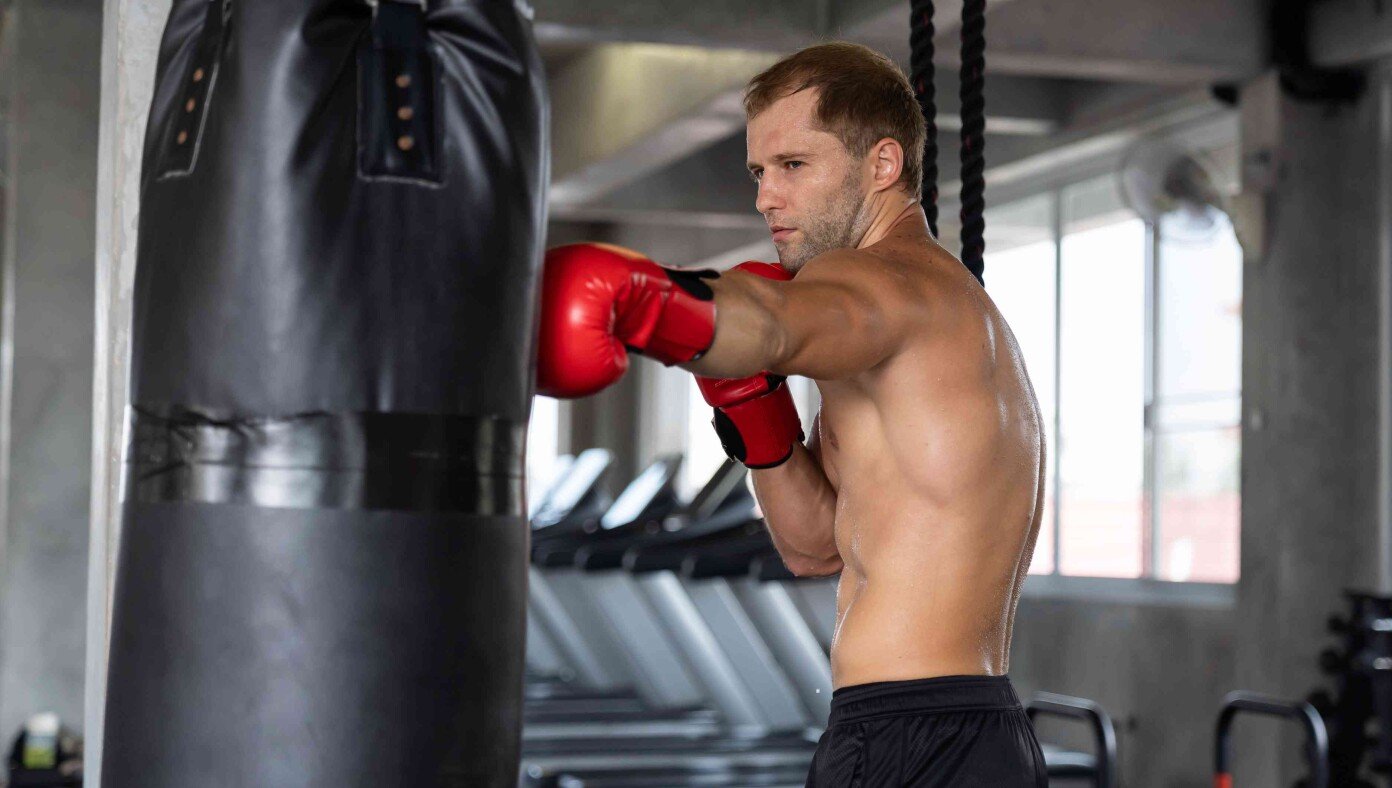 TEMECULA, CA — After a harrowing incident with an aggressive hobo last year, local man Kevin Michaels picked up a membership at a nearby boxing gym for regular training. Sources confirm he has thrown himself into building his skills and strength, and now wouldn’t even blink if attacked by a 60-lb heavy-bag, provided he had his 16-oz training gloves, hand-wraps, and mouth guard ready as well.

“Kevin had a crisis of confidence after our run-in with that bum, but he’s back to his old self – he says if a speedbag, quick-punch-bag, or even a 120-lb heavy bag attacks him, he’ll hit back hard and fast.” Kevin’s wife Desiree confirmed that he has felt better about his ability to defend himself, his family, and his wife’s honor, provided the source of disrespect is an inert bag of sand.

Mr. Michaels has confirmed to other independently corroborated sources that he feels unstoppable in any altercation, provided he has a fully-stocked gym bag with water, pre-workout supplements, band-aids for his “pesky blisters,” sweat-band, boxing boots, and rugged cutoff tank top. He clarified that with a right cross, uppercut, left hook, or even a hard jab, he could level any heavy-bag that crossed his path.

Critics at Mr. Michaels’s gym have contended that skipping-rope exercises do not equate to real-life fight preparedness, but they were silenced when he glared up at them while demonstrating his ground-and-pound on a soggy sandbag.

At publishing time, Mr. Michaels was seen walking down the street. His wife Desiree confirmed that the cylindrical beanbags have given the family a wide berth when passing by, due to Mr. Michaels’s imposing posture and intimidating strut.

Sorry, Boy Scouts—or Whatever You’re Calling Yourself These Days. I Refuse to Support Your Fundraisers Anymore. – PJ Media

‘When I Am President, I Will Take Away Your Guns,’ Says Man Who Will Never Be President