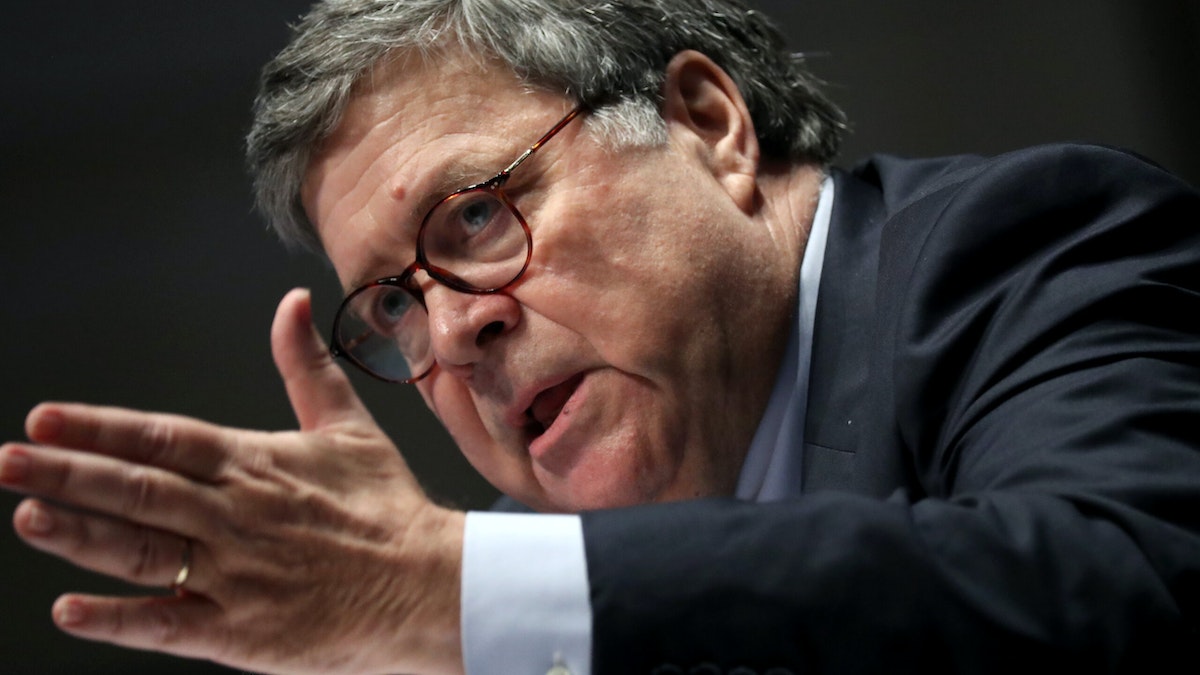 Former U.S. Attorney General William Barr said Wednesday that he does not believe that New York Attorney General Letitia James’ civil lawsuit against the Trump family is going to go anywhere, and what convinced him that she overreached on the case was that she decided to go after his children as well.

The lawsuit seeks to punish the targets with a $250 million penalty and a ban on operating any businesses in New York. James also seeks to ban Trump and the Trump Organization from purchasing any real estate in New York for the next five years. The New York attorney general is also referring her investigation into Trump to the Department of Justice for criminal charges.

When asked during a Fox News interview Wednesday what he thought would happen next in the case, Barr responded, “Well, for one thing, she brought this as a civil case.”

“This is not a criminal case,” Barr said. “To me, that says that she doesn’t have the evidence to make a criminal case. So she’s setting a lower bar and bringing this civil case. I don’t think it’s going to go any further. Now, it’s over 200 pages long with a lot of details about the valuation of properties.”

“But the fact of the matter is that real estate valuation of a complex real estate company like this is inherently very subjective. It depends what kinds of assumptions are used. Values can swing, depending on whether it’s viewed as a property that’s going to be split up or one that’s kept together and so forth. So it’s not an exact science,” Barr continued. “And the fact is that banks, sophisticated banks, don’t rely on every jot and tittle in the financial statements. They do their own assessments. They make themselves comfortable. Sometimes, they automatically discount that kind of submission. And they didn’t — no one — the loans were paid back. These were successful investments.”

“And the banks were paid back,” Barr added. “So, to have spent three years on this, seems to me, her trying to make good on a campaign promise that she was going to bring Trump down.”

Tim Pearce contributed to this report.