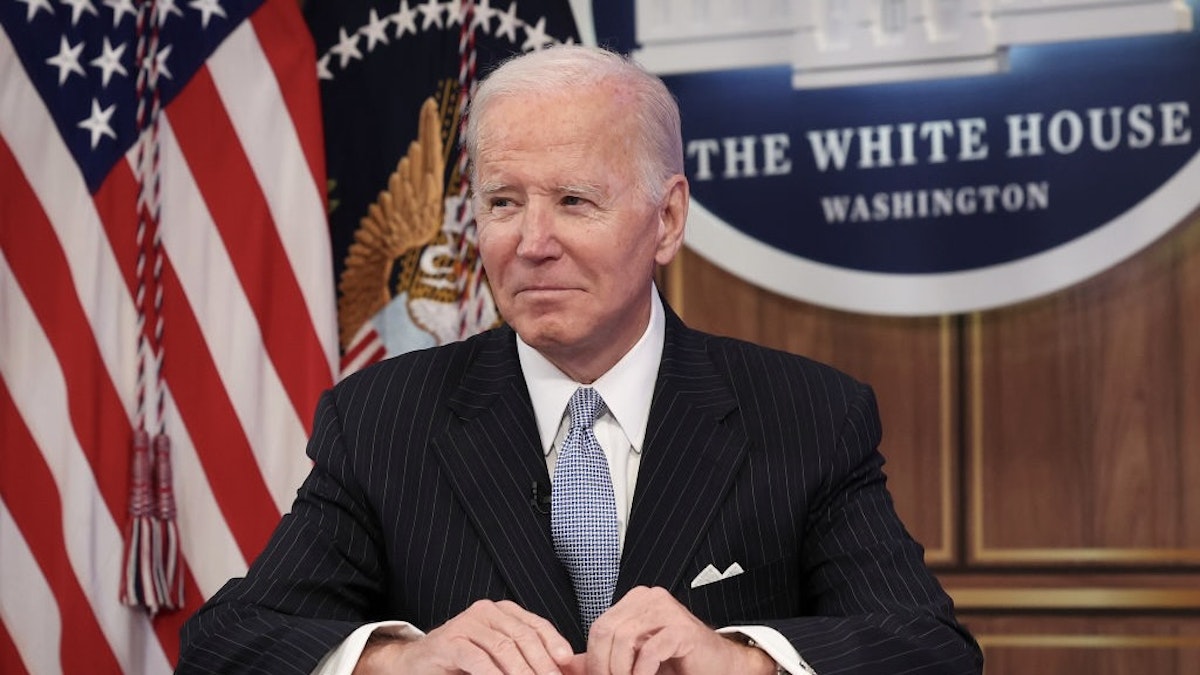 President Joe Biden announced his intention to push for new gun control legislation in the lame-duck session of Congress.

Speaking to reporters on Thursday morning in Nantucket, Massachusetts, Biden was asked to react to the mass shootings at a gay nightclub in Colorado Springs, Colorado, on Saturday night and a Walmart in Chesapeake, Virginia, on Tuesday night. Biden complained that semi-automatic firearms are still sold and claimed red-flag laws are not enforced.

“I’m sick and tired of these shootings,” Biden said. “We should have much stricter gun laws.”

Biden then said he intends to pass a gun control bill during the lame-duck session if he can get the votes.

“During the lame duck?” the reporter asked again.

“I’m going to do it whenever I — I got to make that assessment as I get in and start counting the votes.”

“The idea we still allow semiautomatic weapons to be purchased is sick. It has no social redeeming value. Zero. None…I’m going to try to get rid of assault weapons”

“No time to walk away from Ukraine…I still believe there’s enough support there” pic.twitter.com/3ZIvR0KzIs

On Thursday, a Virginia Walmart supervisor turned the store’s break room into a bloodbath Tuesday night, gunning down six people, including employees, before killing himself even as shoppers were stocking up on last-minute Thanksgiving Day provisions.

The gunman, who officials identified as a night supervisor and 12-year employee of the Chesapeake store, was dead when police arrived at approximately 10:14 p.m. It was not clear if he had killed himself or if he had been neutralized by workers. It was not immediately known if all the victims were store employees, what the gunman’s motive was, or what type of handgun he used.

On Saturday night, another gunman opened fire at Club Q, a gay nightclub in Colorado Springs. The suspect entered the club and allegedly immediately began shooting before at least two patrons stopped him. Police arrived on the scene and arrested the suspect, but not before he allegedly killed five people.

Earlier this year, Biden signed the sweeping gun control bill known as the “Bipartisan Safer Communities Act” into law. According to a press release from the White House at the time, it “enhances certain restrictions and penalties on firearms purchases; promotes evidence-based best practices for school safety; authorizes grants to expand access to mental health services; and appropriates emergency funding for mental health resources and school safety measures.” The sweeping gun bill, considered the largest in decades, was passed on the back of bipartisan support from 15 Senate Republicans and 14 House Republicans.

Shortly after the bill was passed, Democrats in the House of Representatives passed a bill to ban certain semi-automatic weapons. The “Assault Weapons Ban of 2022″ passed by a narrow margin of 217-213; five Democrats voted against the bill, while two Republicans voted for it.

Greg Wilson contributed to this report.