Why the Media Has Shifted Gears on the VA Walmart Shooting 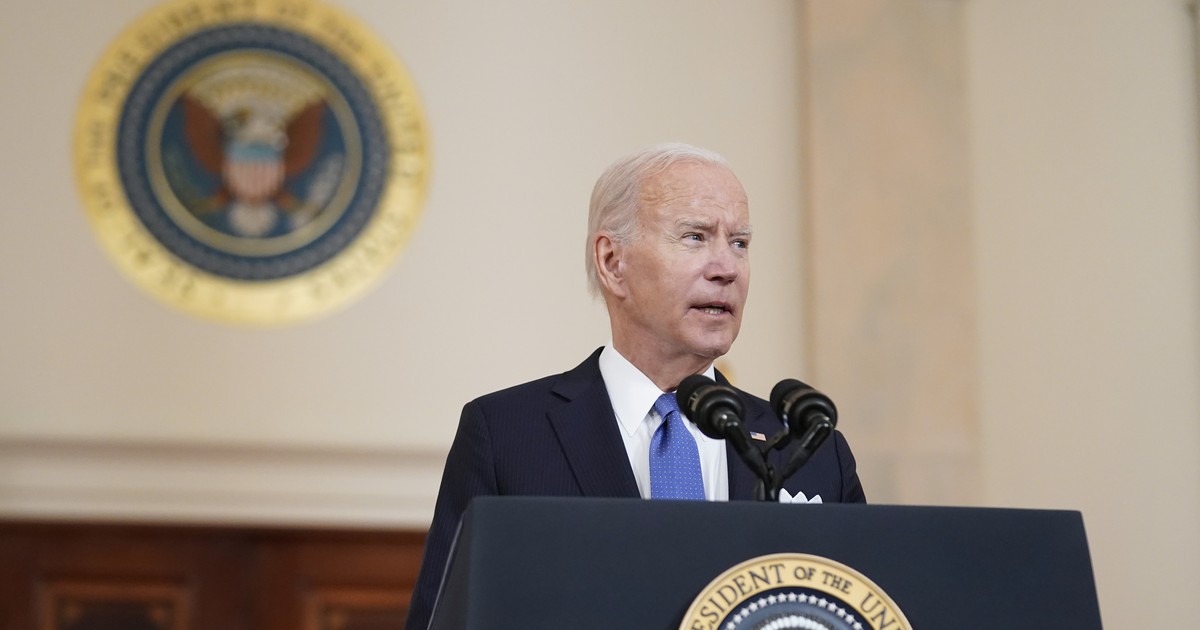 For the first time since Joe Biden was inaugurated, it really feels like the issue of illegal immigration is reaching critical mass. Per my colleague, Mike Miller, fiscal year apprehensions at the Southern border topped two million people in 2022. That’s the moisten history and is quantifiable proof that things are completely out of control.

The president was pressed on the matter on Tuesday during remarks he delivered at the White House. Predictably he had no answer to the ongoing humanitarian crisis, instead choosing to deliver this nonsensical retort.

Reporter: “Why is the border more open than ever under your watch?”

Biden: “There are fewer immigrants coming from Central America and Mexico. This is a totally different circumstance.” pic.twitter.com/hMOoXbsg4R

This is Biden’s go-to strategy whenever he faces an issue that is clearly his fault and is clearly a major problem. He simply pretends it doesn’t exist and attempts to project that anyone who disagrees is just stupid. For example, during a recent 60 Minutes interview, the president was asked about the nation’s high inflation. Instead of admitting to what was happening, he snapped that its only up “an inch,” insulting the intelligence of every hard working American who is paying outrageous prices for food, rent, and energy right now.

The idea that the border crisis isn’t a crisis because the people aren’t just coming from Mexico and Central America is the same kind of deflection. While it’s technically true in a vacuum, it ignores the greater context, which is that two million people have crossed the border illegally this year. Besides, what does it matter where illegal immigrants are coming from? They still demand the same resources and the dangers involved in their journey remain the same. Does Biden just have something against Mexicans and Hondurans?

Unfortunately, all this is one big joke for the president. While women and children die of exposure or at the hands of violent drug cartels, he’s too busy snarking at Ron DeSantis to actually lead.

Q: Do you have any comment on DeSantis sending illegal immigrants to Delaware?

Biden: “He should come visit. We have a beautiful shoreline.”

Biden thinks the border crisis is a joke. pic.twitter.com/wWwwhX6A0v

Nearly 1,000 people have died at the border this year, most of them in the desert or trying to cross the Rio Grande River. And if there are that many within just a few mile stretch of the border, imagine how many more perish or are severely harmed (including rape) during the preceding 3,000 mile trek? the numbers are horrifying just to think about.

Yet, the President of the United States could not care less. It’s all just fun and games as he burns through taxpayer money going to Delaware every weekend. He feels he gets some political benefit out of having open borders, the consequences for real people be damned. That’s moral and cowardly, but it’s exactly what you’d expect from Biden.

How many more people have to die before the president takes this stuff seriously?

The Eagles’ Offensive Line Is Coming Out With A Christmas Album. Yes, Seriously, And They’re Actually Pretty Good

‘The People Have Spoken’: Musk Announces Mass ‘Amnesty’ For Most Banned Twitter Accounts After Poll