Biden Has Spent 40% Of His Presidency On Vacation 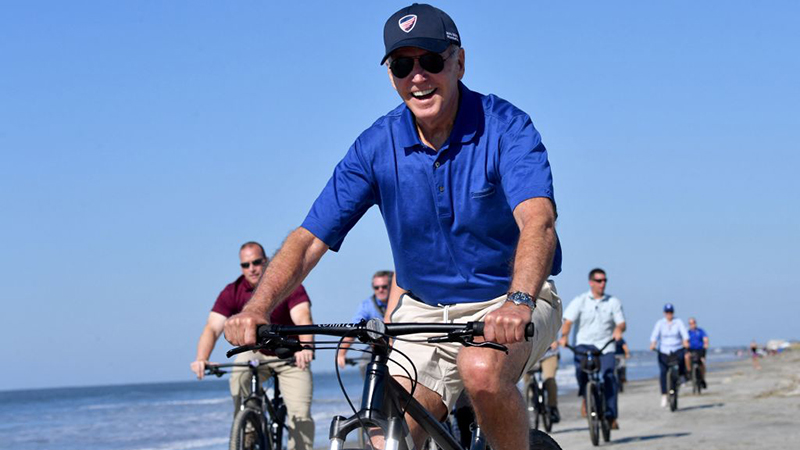 The New York Post noted last week that Joe Biden has spent a whopping 40% of his time as President on vacation.

This past weekend, Biden again left the White House for a vacation, meaning that during the past month he’s been on vacation for 23 days.

The post notes that “Biden’s weekend jaunts and vacations spanned 234 days — with seven in 10 of them spent at his homes in Wilmington and Rehoboth Beach, Delaware — out of 589 days in office.”

Biden’s predecessors didn’t have nearly as many days away at this point during their first terms, with Trump taking 132 days, Obama taking 38 days and Bush taking 100 days.

RNC chairwoman Ronna McDaniel commented that “Soon, Democrats will be able to join Biden on his weekly vacations when Americans vote them out in less than 70 days.” adding that voters want elected representatives “who actually show up to work, to dig America out of Biden’s recession, secure the southern border, and put an end to reckless spending of taxpayer dollars.”

After White House staffers claimed that just because Biden isn’t at the White House it doesn’t mean he isn’t working, Tom Fitton, president of conservative transparency group Judicial Watch, commented, “One would hope that President Biden is working when he is on ‘vacation’ in Delaware, [but] the unwillingness of the White House to disclose his official visitors at Delaware suggests that there is something to hide — including that Biden is completely checked out from his job when away from the White House.”

When Biden is at work, he is now focused solely on labelling anyone who disagrees with him fascists and extremists.

As we highlighted earlier, Biden doubled down on his ‘Battle for the soul of the nation’ speech from hell, posting the following tweet:

During the speech and since Biden has failed to explain exactly what he means by ‘MAGA proposals’:

Could it be that there is zero substance to what he’s saying and his handlers are using empty rhetoric to further cement political polarisation?

WATCH: Kanye ‘Ye’ West Storms Out Of Tim Pool Interview After Being Pressed About His Anti-Semitic Views

Volatility in yuan spurs bets China will widen its band