Biden Demonizes Millions Of Americans While Calling For Unity 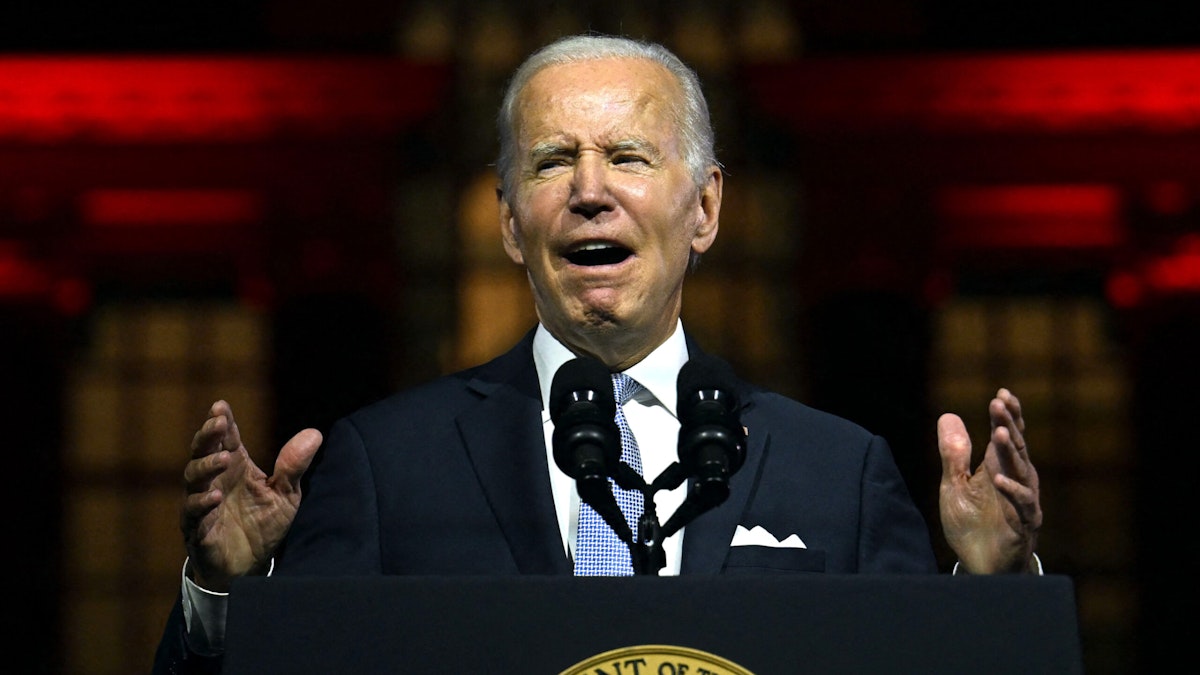 Democrat President Joe Biden demonized millions of Americans during a primetime speech Thursday evening where he claimed that he wanted the country to unite.

Biden repeatedly had to clear his throat and coughed throughout the speech as he claimed that people who challenged the results of the 2020 presidential election were “extremists.”

“Too much of what’s happening in our country today is not normal,” Biden said. “Donald Trump and the MAGA Republicans represent an extremism that threatens the very foundations of our republic.”

“There’s no question that the Republican Party today is dominated, driven, intimidated by Donald Trump and the MAGA Republicans. And that is a threat to this country,” Biden claimed. “MAGA Republicans have made their choice. They embrace anger. They thrive on chaos. They live not in the light of truth, but in the shadow of lies. Together, we can choose a different path.”

Biden’s dark and divisive speech followed remarks made by White House Press Secretary Karine Jean-Pierre Thursday afternoon in which she claimed that those who do not share the view of the majority are “extreme.”

Jean-Pierre made the remarks in reference to Biden’s speech in Philadelphia on Thursday evening, claiming that the speech was “not a political speech.”

This is a breaking news story; refresh the page for updates.