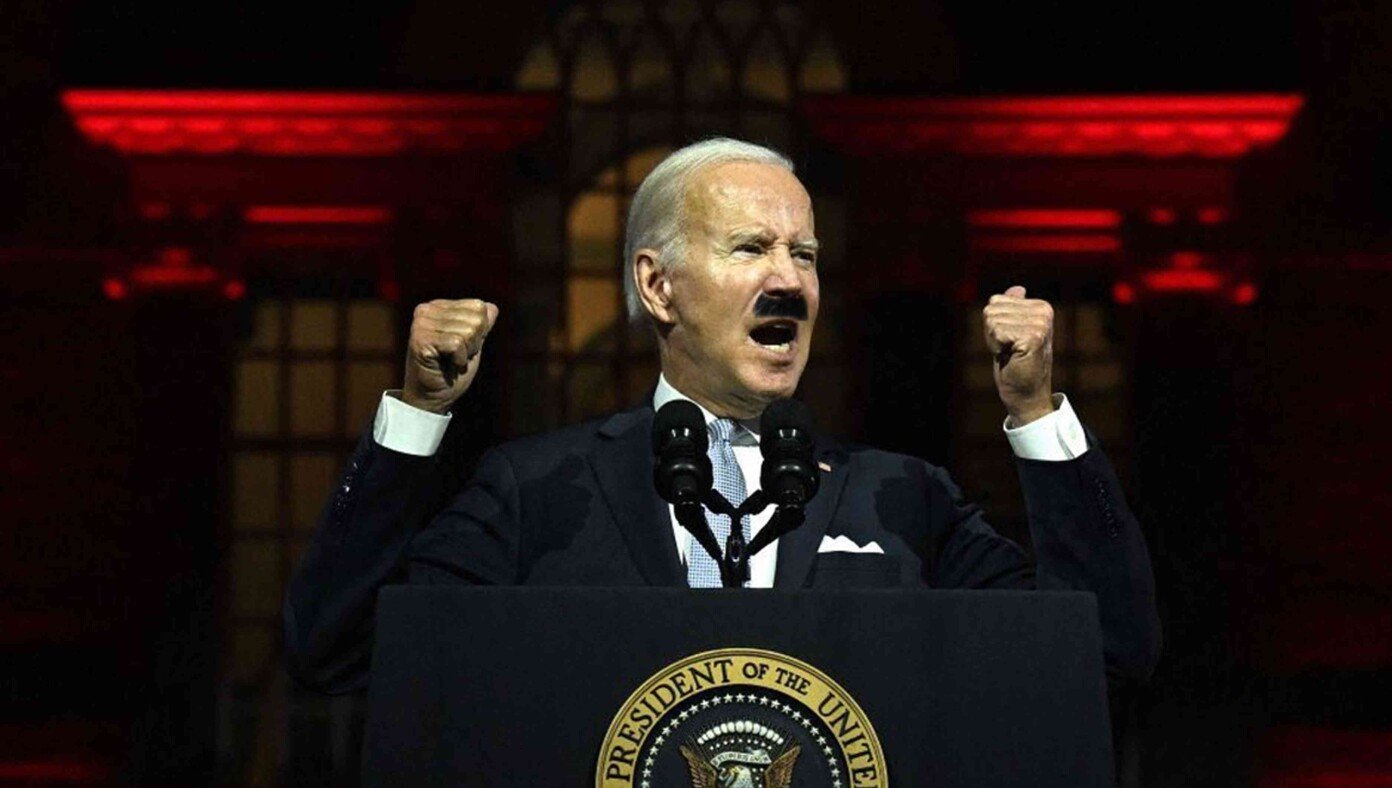 Reporters oohed and aahed over his fashionable new facial hair look as the president ranted about people he disagrees with needing to be condemned as terrorists in order to fight fascism.

“It’s a good look for him,” said an Entertainment Tonight reporter on the red carpet. “I know they say don’t wear that kind of mustache before Labor Day, but I really think he pulls that off. It’s kind of a classic look – vaguely European, perhaps 1930s or ’40s Germanic, maybe? – really inspired.”

“The one who owns the youth gains the future!” shouted Biden, pounding on his towering lectern as he stood before giant banners lit up in blood red. “To conquer a nation, you must first disarm its citizens!” He got really worked up here, screaming and holding his arm at a 45-degree angle to the sky. Finally, he concluded his speech by defending democracy and condemning fascism with the powerful line, “We must employ the final solution to exterminate those vermin who would oppose our glorious third Republic!”

Those gathered cheered with thunderous applause.