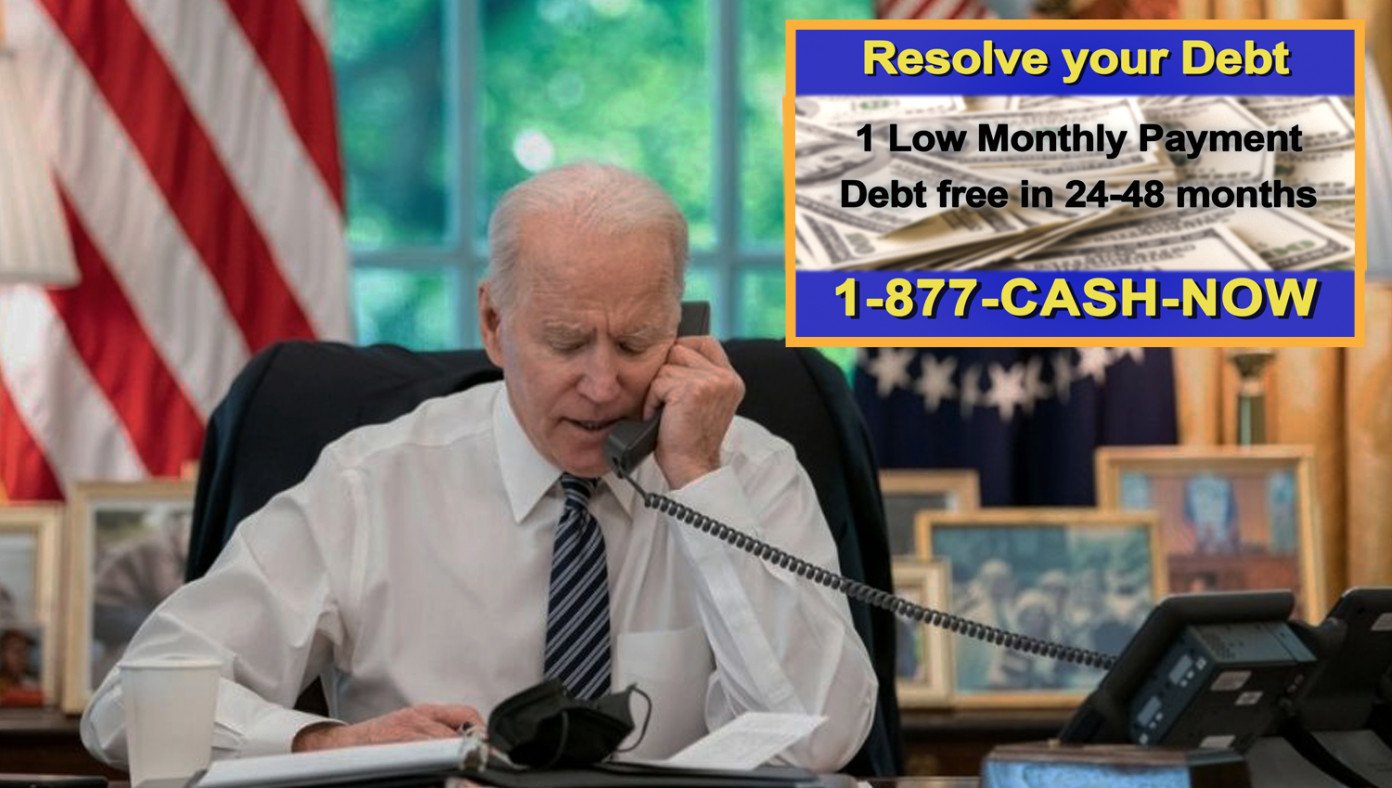 WASHINGTON, D.C – The National Debt has skyrocketed up to $30 trillion, years before expected. Desperate to solve this crisis, President Biden has called 877-CASH-NOW to cover the debt and hopefully score a much needed political win.

“C’mon man think, you need a lump sum of cash – not paid out over time – but right now!” said Biden thinking out loud. “Oh I know, I’ll call J.G. Wentworth at 877-CASH-NOW and end this malarkey quick and still have time to watch Matlock!”

According to White House sources, Biden has been on the phone for hours consulting with the popular debt relief service provider. He informed them that this was the President of the United States calling on behalf of the $30 trillion total outstanding public debt and that this was not “some kind of funny prank.”

“Listen here, Jack, I’m as serious as a heart attack. No monkey business, for real. Now, can you provide me with CASH NOW or not?” said the President. “I need a clean slate, a total debt cancellation here. The American people are counting on me.”

A J.G. Wentworth spokesperson has informed us that the President was confused and kept referring to their services as a “no strings attached deal.”

“We explained to him multiple times that he would still be obligated to make high monthly payments, but the President was quite insistent. And frankly, we couldn’t say no to that kind of business.”

At publishing time, President Biden announced that he had single-handedly and triumphantly ended the national debt, and for completely unrelated reasons individual taxes are increasing by 200%.

‘We Must Resist Trump!’ Cries Woman Whose Life Hasn’t Changed In The Slightest Since Trump Was Elected