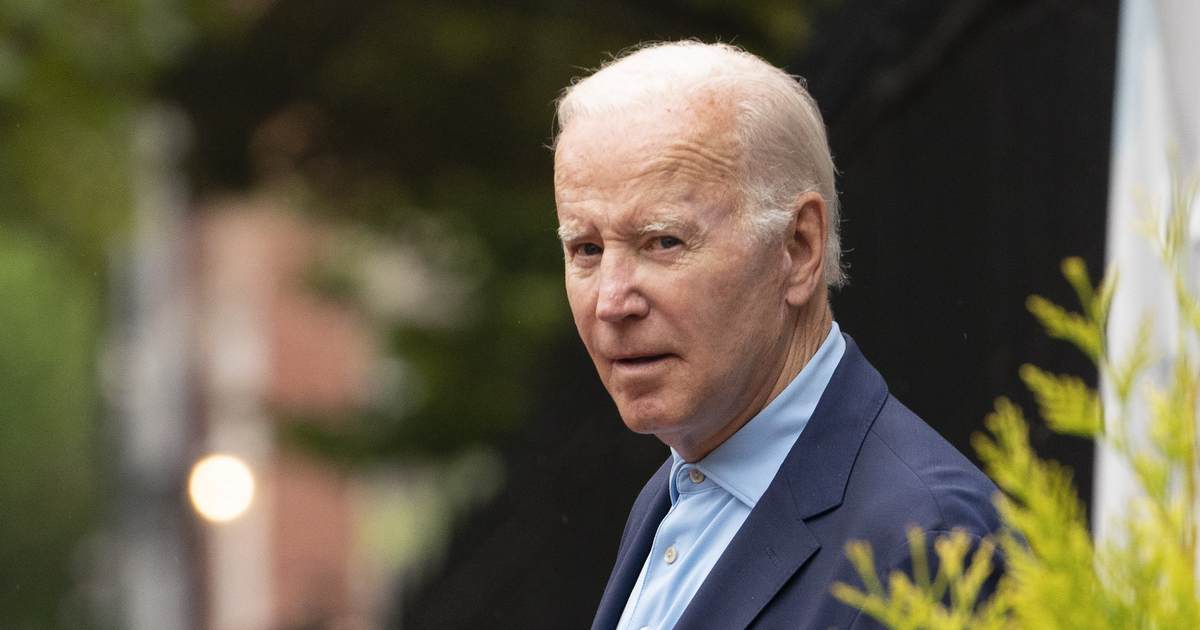 The major networks refused to run President Biden’s Thursday evening speech live. The dark rhetoric was apparently too much. So he delivered it to a live audience on CNN, MSNBC, and various social media sites. Still, the president’s language and the stark black-and-red imagery, along with his angry countenance, broke through to the masses. PJ Media Editor Paula Boylard did an excellent job capturing the initial reactions.


The text of the speech was clear:

Too much of what’s happening in our country today is not normal. Donald Trump and the MAGA Republicans represent an extremism that threatens the very foundations of our Republic.

But there’s no question that the Republican Party today is dominated, driven and intimidated by Donald Trump and the MAGA Republicans. And that is a threat to this country.

He apparently excluded Liz Cheney and the reliably squishy Republican senators from the MAGA threat. All Democrats like the Republicans who care what the New York Times says about them.

Biden also pointed to the half of the electorate who voted for President Trump, or will do so in 2024, and called them a “clear and present danger” to U.S. democracy. According to Merriam-Webster, that means Trump voters are “a risk or threat to safety or other public interests that is serious and imminent; especially: one that justifies limitation of a right (as freedom of speech or press) by the legislative or executive branch of government.” Those are also conditions required to launch a military response, and during the speech, two Marines, bathed in the stage’s blood-red lighting, flanked Biden.


But all of that changed after the red lights went down. On Friday, during a press gaggle, Fox News White House correspondent Peter Doocy asked Biden, “Do you consider all Trump voters to be a threat to the country?” Biden’s answer explains why his team constantly drags him out of the room at the end of his remarks.

Biden added, ” I do think that anyone who calls for the use of violence, fails to condemn violence when it is used, refuses to acknowledge when an election has been won, or insists upon changing the rules on counting votes, that is a threat to democracy. Democracy. And everything we stand for. Everything we stand for rests on the platform of democracy.”

Biden also displays a profound ignorance of how our government is structured. Everything rests on a constitutional republic form of government, where we elect representatives to (what the Founders intended to be) a small central government with limited powers.


Adding insult to injury, everything he mentioned as a threat to democracy has been a feature of the Democrat Party for years. Democrats have objected to presidential elections since the “hanging chad” in 2000. They spent three years and nearly 40 million taxpayer dollars trying to convince America that Vladimir Putin elected Donald Trump. And Georgia’s repeat gubernatorial candidate, Stacy Abrams, barely acknowledged that Brian Kemp is the governor and never officially conceded. She still insists that the election was stolen from her. Is she a threat to democracy? Because rumor has it, Abrams was on Biden’s short-list for vice president. Weird.

As far as violence and failures to condemn it, there are too many examples from Democrats to count. Vice President Kamala Harris raised bail money for rioters, looters, and arsonists in Minnesota during the summer of 2020. Those same left-wing riots killed approximately 25 people, injured nearly 2,000 police officers, and caused $2 billion in damage. January 6 does not hold a candle to what BLM and Antifa did that summer. Yet, it took candidate Joe Biden months to even politely discourage the riots and looting.

The narrative he just blew up was pretty carefully constructed and reached deep into the Democrat bench. New York Governor Kathy Hochul basically told the 5.2 million Republicans in New York to leave the state. Florida gubernatorial candidate Charlie Crist told Republicans they should keep voting for Ron DeSantis because they have hate in their hearts. The othering of Republicans is necessary because Democrats have nothing positive to run on.


And President Puddin’ Head just wrecked it in under two minutes.

Gavin Newsom Begs Kamala Harris Not To Campaign For Him

Poll: 9 Out Of 10 Americans Support Tossing Dr. Fauci In A Volcano