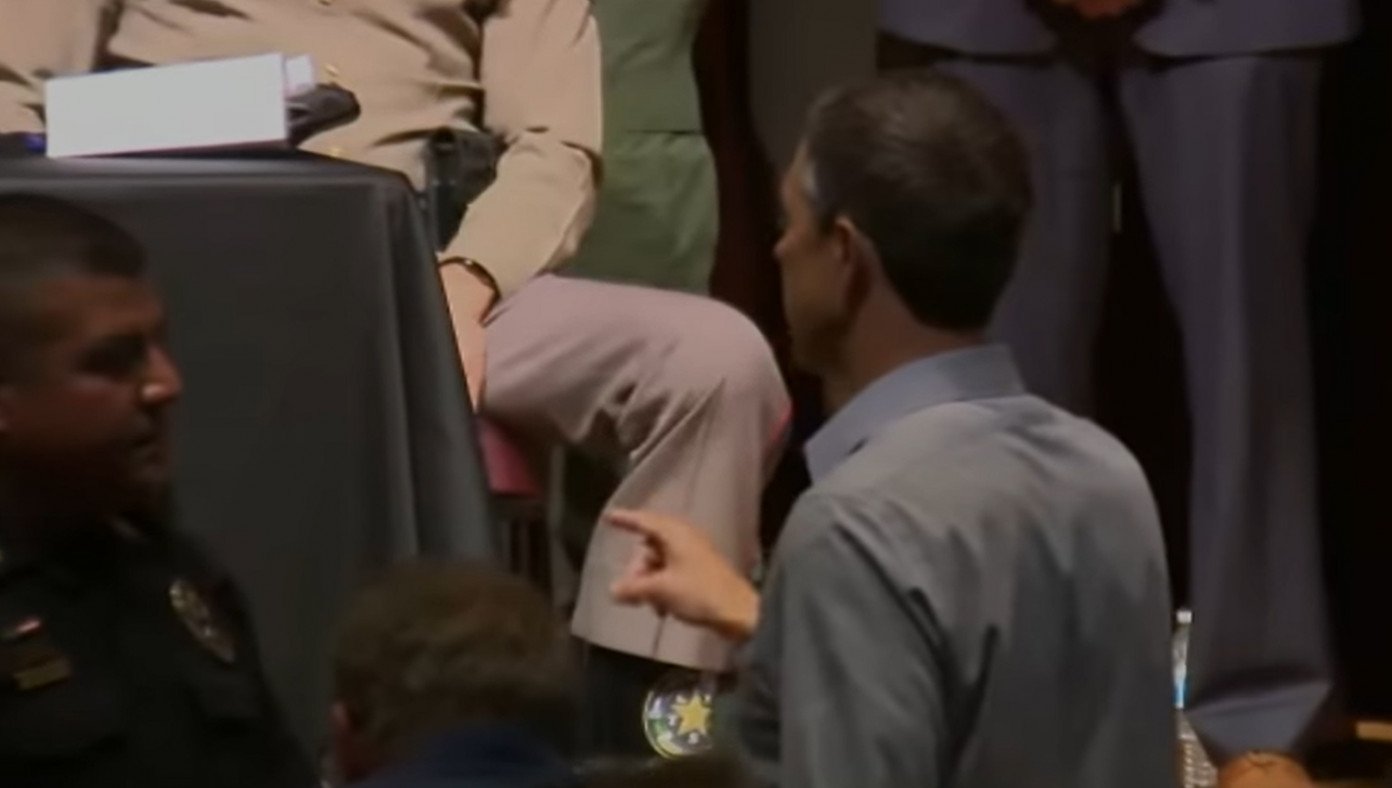 AUSTIN, TX – As leadership in Texas held a press conference to give updates on the tragic school shooting in Uvalde, candidate for governor Beto O’Rourke took the time to drop by and remind everyone he’s a giant turd.

“Governor Abbott and people of Texas, my name is Robert Francis, and I am a massive turd,” he began. “I am not just a turd but a tool, and a wanker as well! Vote for me this November!”

The bizarre weirdo then began to pass out “VOTE FOR BETO!” campaign literature to the stunned members of the audience.

Several Texas officials angrily stood up and informed O’Rourke that a school shooting press conference was not an appropriate place to remind everyone that he sucks.

“Listen, Beta, we all know you suck, but can we talk about this later? This isn’t a good time,” said Governor Abbott.

“NO! We shall talk about this RIGHT NOW!” cried O’Rourke, shaking his finger in the air. “The world must know just how much of a steaming pile of crap I am! I will NOT be silent! I’m garbage, I tell you, PURE GARBAGE! And I can do skateboard tricks! Watch!”

O’Rourke then performed a kickflip on a skateboard he had brought with him.

“Wow! A real live turd!” replied several Democrat members of the audience. “Finally, a candidate who tells it like it is!”

At publishing time, O’Rourke’s public confrontation cost him dearly among independent voters but increased his popularity by 23% on the Left.